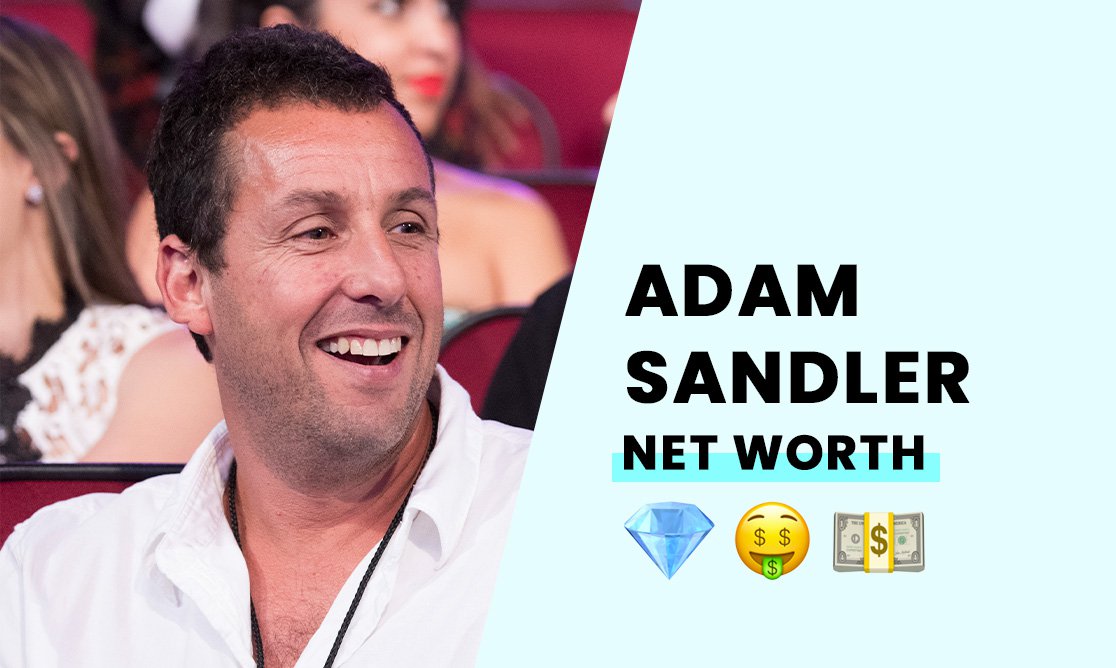 The estimated net worth of Adam Sandler is $420 million.

Sandler is an American-born actor, screenwriter, producer, and comedian. He has a string of hit movies, and he signed a $250 million, four-movie deal with Netflix in 2021.

On the 9th of September, 1966, Adam Sandler was born in Brooklyn, New York. Sandler is the son of Judith and Stanley Sandler. His mom was a nursery school teacher, and his father was an electrical engineer.

Sandler comes from a Jewish family, and his family descends from Russian-Jewish heritage. Sandler spent his youth growing up in Manchester, New York after his family moved from Brooklyn when he was six.

He also attended the Tisch School of the Arts at New York University, where he graduated with a BA in Acting in 1998.

How did Adam Sandler build his net worth?

Sandler took to the standup comedy stage when he was 17 after his brother convinced him he had a shot as a standup comic. Sandler got his break in acting and the comedy scene in 1987, with a spot on an episode of the Cosby Show. He also landed a job at Saturday Night Live as a writer, transitioning to a role on the show a year later.

Sandler left SNL in 1995 to start his movie career. The actor got his big break with the release of “Happy Gilmore” in 1996. A string of successful movies followed, including “The Wedding Singer.” “The Water Boy” and “Big Daddy.”

Sandler stared opposite the legendary Jack Nicholson in the 2003 comedy “Anger Management.” He also worked with actress Drew Barrymore on “50 First Dates” in 2004. Sandler also experienced success with the movie “You Don’t Mess with the Zohan” in 2008, writing and co-producing the film.

Sandler went on to make many successful movies, and his first Netflix production was the 2016 film, “The Do-Over,” where he starred alongside comedian and actor David Spade.

Sandler is also a philanthropist, donating $1-million to the “Boys and Girls Club” in Manchester, NY. He also contributed to a presidential campaign.

Adam Sandler is a machine in the comedy scene and one of its most successful actors. Sandler states that money and power aren’t everything, and his goal with his work is to produce funny and inspiring films.

The actor says he doesn’t let anything stand in his way when he sets his mind on achieving a goal. He also believes in making the most of second chances, and he’s always willing to give people more rope if they need it.

How rich is Adam Sandler?

With an estimated fortune of $420 million, Adam Sandler is one of the biggest names in the Hollywood comedy scene and a legendary actor, writer, producer, and director. He continues to display depth in acting, with four Netflix movies in the pipeline.