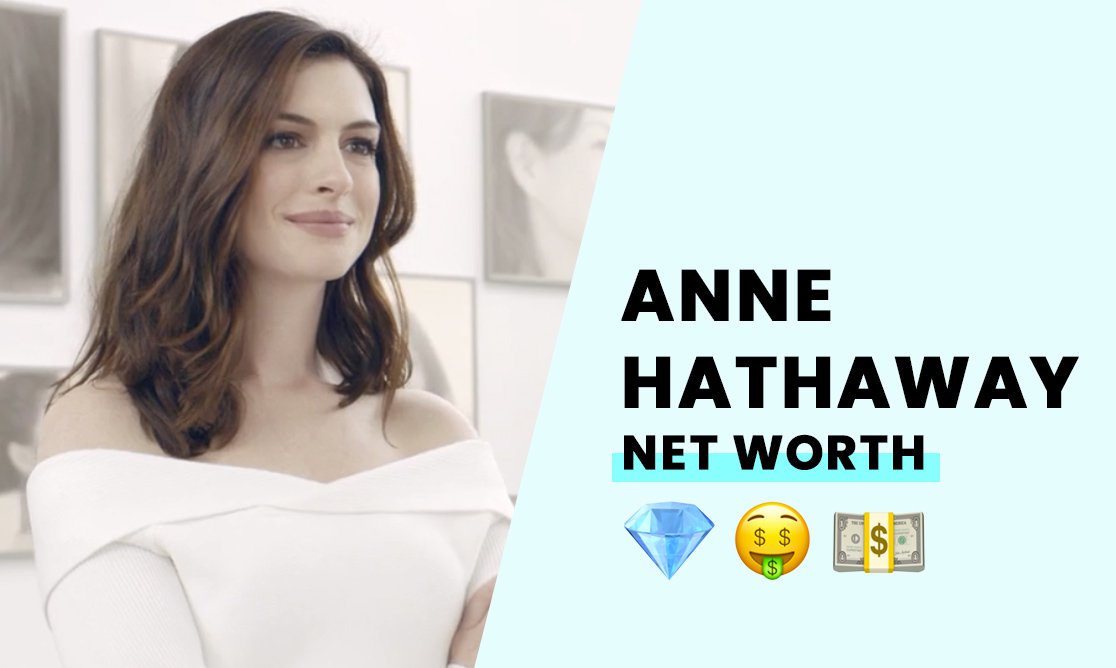 The estimated net worth of Anne Hathaway is $80-$90 million.

Anne Hathaway is an American singer and actress, Anne is one of the highest-paid talents in the industry, and her films grossed more than $6.8 billion at the global box office.

She started her career on Broadway, transitioning to film to become one of Hollywood's biggest stars.

Born on November 12, 1982, in Brooklyn, New York City, Anne Jacqueline Hathaway grew up in NYC in the family home with her mother and father.

Her father was an attorney, and her mother a failed actress.

Anne has two siblings, and the family moved to New Jersey when she was a kid.

Since her mother didn't make it acting, Anne's parents were initially hesitant to let her follow a career in acting.

While attending school, Anne developed a passion for acting, starring in many school plays. She developed a serious attitude towards her new passion, signing up for theater groups and acting programs.

After Anne graduated from high school, she went on to attend Vassar College, studying Political Science and English. However, she would drop out of college without graduating to chase a career in acting.

How did Anne Hathaway build her net worth?

Anne Hathaway established herself as an in-demand actress in Hollywood through her amazing on-screen performance.

"The Devil Wears Prada" saw the actress net a $1 million paycheck for the movie in 2006, and she earned $5 million for her role in the film "Get Smart."

Later that year, she would also command a similar salary for her performance in "Bride Wars."

She earned her career-best salary in 2012 for her role as Catwoman in "The Dark Knight Rises," walking away with $7.5 million for her appearance in the movie.

Anne would reach the peak of her earnings with a $10 million salary for her part in the musical drama "Les Misérables" in 2012.

How rich is Anne Hathaway?

With a reported fortune of $80 million, Anne Hathaway is one of the richest female Hollywood Stars. She has a successful career as an actress and a singer.

Today, Anne lives a quiet life with her husband, Adam Shulman, and their two sons, Jonathan and Jack, in California.

Is Anne Hathaway a millionaire?

Anne Hathaway is a multi-millionaire with an estimated net worth of $80-90 million.

Is Anne Hathaway a billionaire?

Anne Hathaway is not a member of the billionaire club.

Anne Hathaway was not born rich, and her net worth is a result of her successful acting career.

How did Anne Hathaway get into acting?

Anne says she owes her success to her family. While they were initially reluctant to let her chase her dreams as a child, her mother saw her talent and decided to let her give it a shot.

She remembers her mom driving her to plays and after-school theater lessons as a child and teen.

How does Anne Hathaway invest her money?

Anne hasn't had the same success or luck in real estate investments, having lost $90,000 in the sale of her first property.