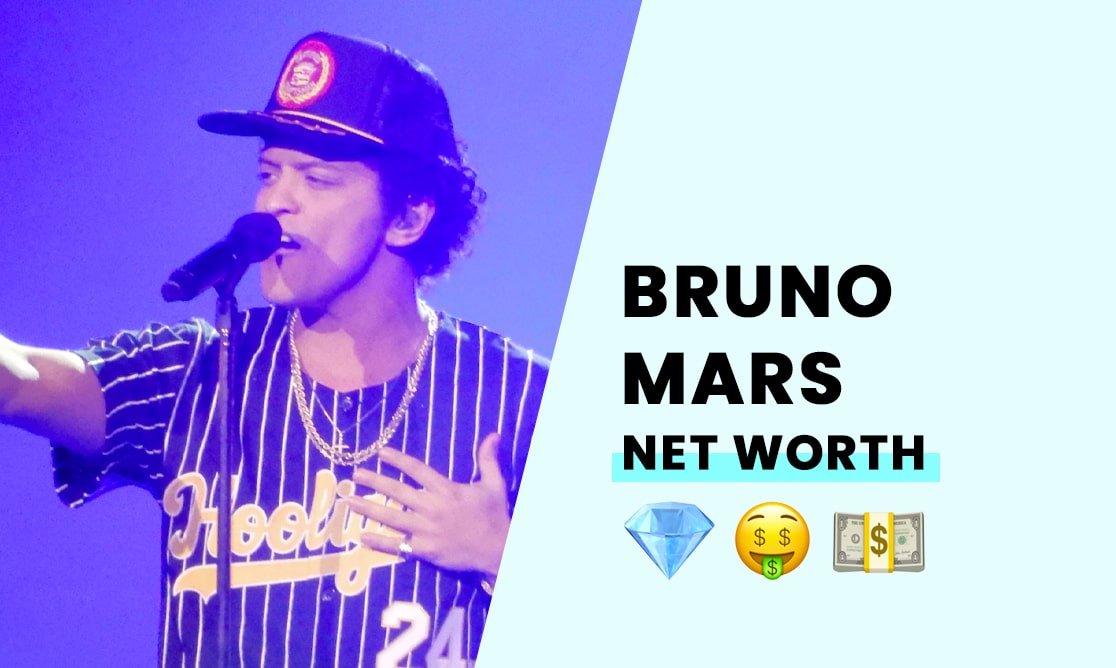 The estimated net worth of Bruno Mars is a staggering $175 million.

Bruno Mars lives in Los Angeles, California. The musician is married to Jessica Caban. The couple has no children.

How did Bruno Mars build his net worth?

Today, he is known as a solo recording artist who sold almost 130 million records all over the globe.

He's famous for his songs including a few you'll have heard at weddings:

Bruno earned the bulk of his fortune through touring.

He received $29 million for his Las Vegas residency in 2016.

In 2020, Forbes gave Bruno the #54 spot on the list of the highest-earning celebs of the year.

Before Bruno started making his own name in the industry as a singer, he first worked for other artists' music and wrote many songs that we know today.

The first time Mars was exposed to the "business" side of the music industry was when he was introduced to songwriter Phillip Lawrence who helped him write, compose, and record a song.

They presented it to a record label that wanted another artist to perform the song.

Bruno ended up selling it because of the need for money, but it nevertheless served as an eye-opening experience for him.

I just write songs that I strongly believe in and that are coming from inside. There's no tricks. It's honesty with big melodies.

How has Bruno Mars spent his wealth?

Bruno also has an impressive real estate portfolio, with a four-bedroom 4,124-square-foot home in Honolulu worth $3.1 million.

He would sell the property for an undisclosed amount and upgrade to a 9,000-square-foot home in Los Angeles, costing the artist $6.5 million.

In the garage, Mars has a 12-car garage in his home and a fleet of luxury vehicles worth nearly $2 million.

Bruno also prides himself as a philanthropist. He donates to several charities.

Some of his biggest charitable contributions were in 2017, where he teamed up with Live Nation to donate $1 million to assist with support for the victims of the water crisis in Flint, Michigan.

He also donated a further $1 million to MGM employees during the pandemic to help them make ends meet at home.

How rich is Bruno Mars?

Bruno Mars is a very wealthy man with a reported net worth of $175 million.

Is Bruno Mars a millionaire?

Is Bruno Mars a billionaire?

No. He did help to create the lyrics of "I wanna be a billionaire so freakin' bad" for the 20210 hit song "Billionaire" but he's not there yet. Mind you, with an estimated wealth of $175 million he's well on his way.

Our research shows that Bruno Mars was not born rich. His net worth is a result of his own work in the music industry.