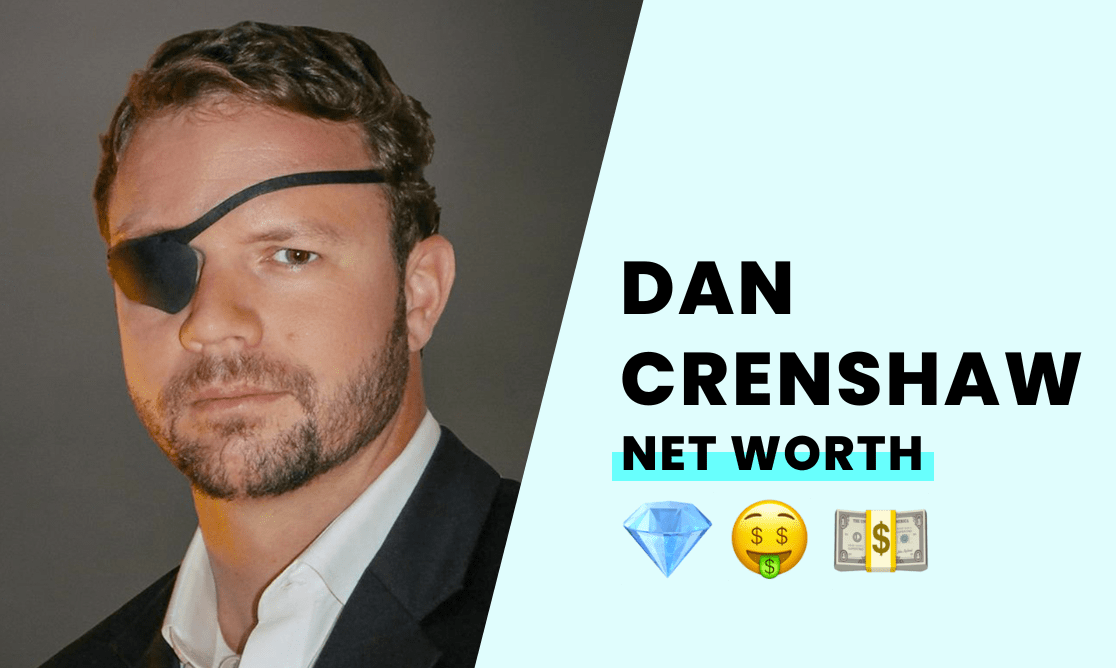 Dan Crenshaw's net worth is estimated at approximately $2 million.

How did Dan Crenshaw build his net worth?

Dan Crenshaw's net worth comes from his salary as a politician, royalties from book sales, and stock trading.

A former SEAL, Crenshaw was elected to represent Texas in 2018. As a SEAL, he was severely injured in Afghanistan. Yet, he returned to service in the Middle East in 2014 and South Korea in 2016, after which he was medically retired.

As a member of Congress, Dan Crenshaw earns $174,000 per annum, so he didn’t build his wealth based on his salary alone.

He has written several books making around $350,000 in royalties. "Crenshaw’s Fortitude: American Resilience in the Era of Outrage" was released in 2020 and made it to 5th the New York Times best-seller list.

Politico later revealed that the Republican National Congressional Committee purchased copies of Crenshaw's book to the value of $394,000, signed copies of which can be obtained in return for a $45 donation.

According to reports, Crenshaw is also a savvy trader, being one of the best in Congress.

In 2021, the congresstrading.com Twitter account revealed that Crenshaw bought and sold several tranches of Tesla stock in November 2010 before publicly supporting Elon Musk's much-publicized decision to move to Texas.

How has Dan Crenshaw spent his wealth?

The media pays little attention to how Dan Crenshaw and his wife, Tara, spend their money. They live a comfortable life in Houston, Texas. They have no children.

How rich is Dan Crenshaw?

Dan Crenshaw is moderately wealthy, with an estimated net worth of $2 million.

Dan Crenshaw was not born rich. He lived a middle-class life in various parts of South America with his father, an engineer. Crenshaw's mother died of cancer when he was just ten years old.