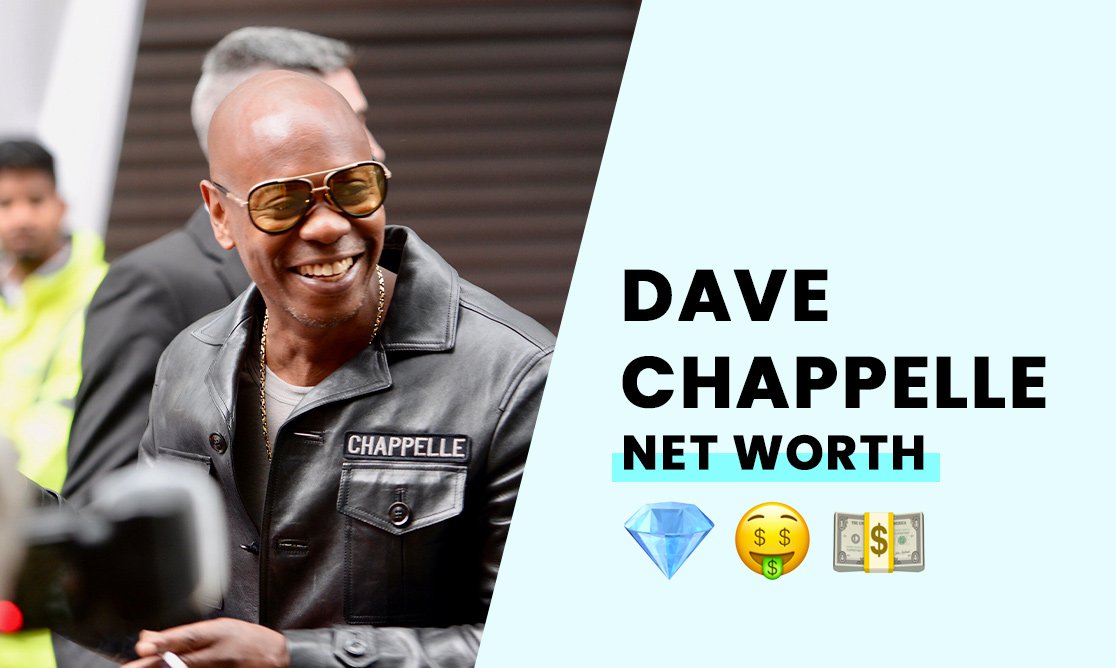 The estimated net worth of Dave Chappelle is $50 Million.

Dave Chappelle is an American standup comedian, actor, producer, and screenwriter. Dave has a reputation as one of the biggest names in standup comedy, with several Netflix specials under his belt.

Born on August 24, 1973, in Washington DC, David Khari Webber Chappelle is the son of Yvonne Chappelle Seon and William David Chappelle III. His parents were professors, and Dave grew up in an upper-class suburban home.

Dave's great grandfather, Bishop D. Chappelle, was the president of Allen University. Dave grew up in Silver Spring, Maryland, and he discovered comedy at an early age. He found himself mesmerized by the comedy specials of Richard Pryor and Eddie Murphy, idolizing them as he grew up.

Family friends found Dave funny, and they would often say he would grow up[ to become a comedian. Dave's parents separated when he was young, and the youngster lived with his mother, spending summers with his dad in Ohio.

Dave graduated from Duke Ellington School of the Art in 1991 after studying theatre.

How did Dave Chappelle build his net worth?

After completing high school, Dave moved to New York to pursue his dreams of becoming a standup comedian. His break came after appearing at the Apollo Theater's Amateur Night, but unfortunately, the crowd booed him off the stage.

However, Dave persisted and made a name for his brand of comedy on the NYC club circuit. Dave finally garnered industry acclaim after appearing on HBO's Def Comedy Jam in 1992. While his standup career was taking off, Dave tried his hand at acting, landing a role in the 1993 Mel Brooks comedy Robin Hood: Men in Tights.

He would realize a childhood dream when he got to work alongside his idol, Eddie Murphy, in the 1996 production, The Nutty Professor. However, his comedy reached cult status after writing and starring in the 1998 movie "Half Baked," alongside other well-known up-and-coming comedians, including SNL star Jim Breuer.

Dave's career started to take off in 2003 with his Comedy Central series, "The Chapelle Show." The show ran for two seasons, receiving two Emmy Award nominations. Chappelle left during the filming of the third season for an extended hiatus from the show business world.

He canceled a $50 million contract on the show with comedy central, leaving the United States to spend time in South Africa. Dave eventually returned to New York in 2014, performing live shows with other comedians. He launched a string of four Netflix specials in 2017, with two more following in 2019 and 2021.

Dave attributes his success to being funny. He says all his hard work would be nothing without his sense of humor.

He also relies heavily on the support he receives from his family and friends.

How rich is Dave Chappelle?

With a reported wealth of $50 million, Dave Chappelle is a legend in the comedy scene and highly respected by the leading names in the industry.