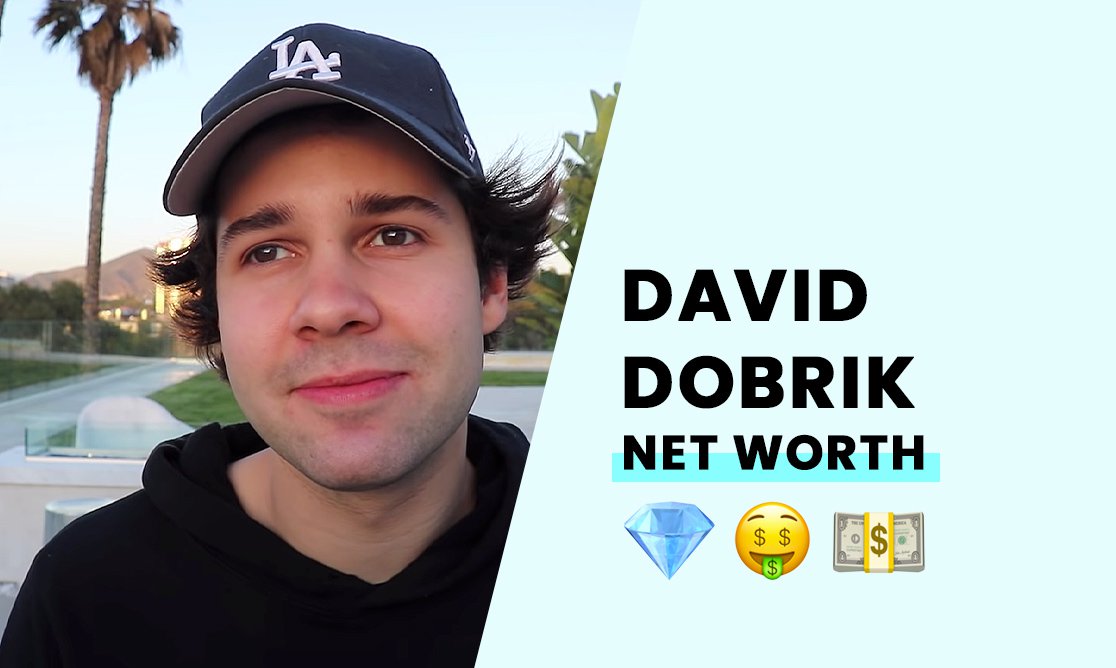 The estimated net worth of David Dobrik is $20 million.

Born on July 23, 1996, in Košice, Slovakia, David Dobrik moved with his family to Vernon Hills, Illinois, when he was only six years old. He grew up in America with his three siblings.

Dobrik attended Vernon Hills High School, where he was an average student and avid tennis player. David reached the peak of his high school tennis career after qualifying for the 2014 Boys Tennis State Tournament, where he won the third-place trophy in the doubles competition. After graduating from high school in 2014, David left Illinois for Los Angeles to start his career as an entertainer and YouTuber.

How did David Dobrik build his net worth?

Dobrik started his career as a content creator in 2014 on the now-defunct platform, Vine. The star is one of the few names, along with the Paul brothers, to ascend to superstardom after transitioning to YouTube.

David uploaded his first Vine video in 2013, with his 6-second clips garnering him a huge audience on the platform. Dobrik was a member of the "Second Class" YouTube group, with the channel earning 18,000 subs by the channel's closure in 2015.

Dobrik launched his first YouTube channel in 2015 after transitioning away from the "Second Class" channel. His self-titled channel features comedy vlogs based on the situations he faces in his life. He started a second channel, "David Dobrik Too," the following year in August 2016.

Dobrik received his Diamond Play Button from YouTube in 2018 for surpassing the 10 million subscriber count on his primary channel. PAPER Magazine named Dobrik one of "10 Social Media Personalities Making the Most Noise" in 2019.

During 2019, Dobrik was the fifth most viewed creator channel, amassing more than 2.4-billion views that year. However, he would eventually scar his reputation after a scandal in 2021.

David plays a clean-cut kid on YouTube, but 20121 saw the star receive several suits against him for sexual misconduct. He also has several allegations from other creators on his channel accusing him of bullying. With the lawsuits pending, the allegations dent the creator's reputation.

David believes in the saying "Fortune Favors the Brave." Despite his channels taking years to gain traction with the YouTube audience, he persisted through near poverty until experiencing success.

He's one of the hardest-working creators on the platform, and he belies his consistent posting schedule on YouTube allows him to continue to grow his audience and reputation.

How rich is David Dobrik?

David Dobrik is a millionaire YouTuber with a net worth of $20 million.

Is David Dobrik a millionaire?

David Dobrik is a millionaire thanks to his $20 million net worth.

Is David Dobrik a billionaire?

David Dobrik has not yet achieved billionaire status.

Our research shows that David Dobrik has not been bankrupt.