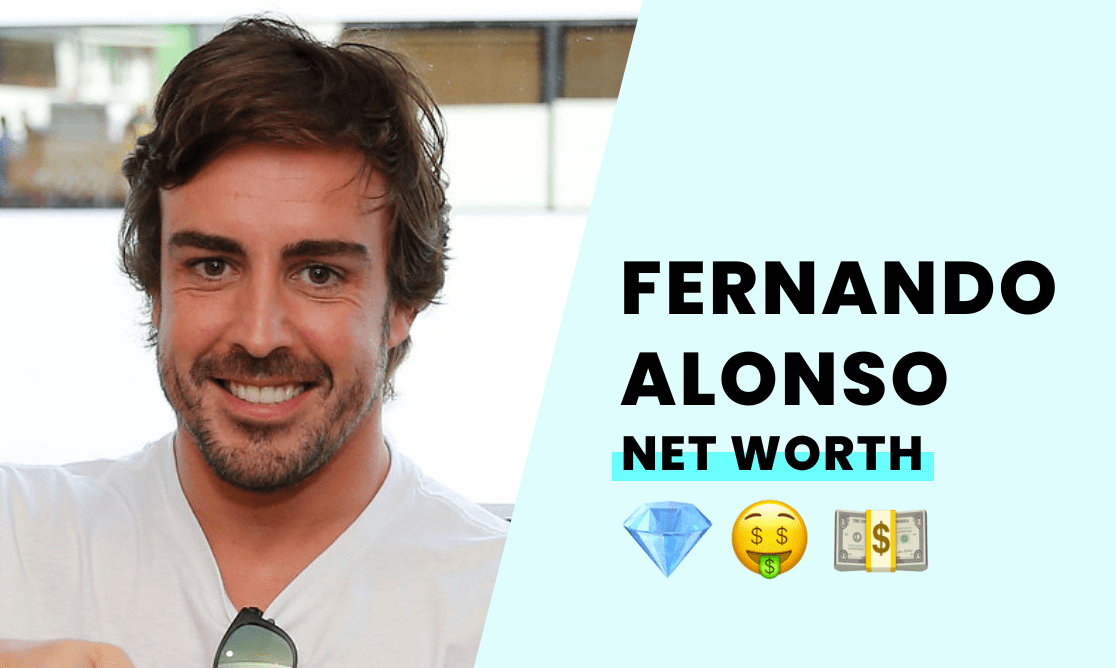 Fernando Alonso's net worth is approximately $250 million, making him one of the wealthiest men to ever have raced in Formula One.

His father's his love for motorsports rubbed off on a young Alonso and just like everyone else who makes it into racing F1, Alonso started off in kart racing.

The competitive young Spaniard won his first karting race at the age of seven. He went on to place in every race he participated in until he went pro.

He made it through K-12 and made a brief appearance at college before ditching it to devote himself to racing.

Alonso is a single man, he was married and has been linked with a number of eligible women over the years.

Learn how to calculate your net worth

How did Fernando Alonso build his net worth?

Fernando Alonso, the Spanish Samurai, built his net worth by earning massive salaries from successive F1 teams, race winnings, bonuses, and brand deals over the course of his racing career.

Alonso's first race on a car as a junior racer was in 1999. He had six wins in addition to nine pole positions.

The next year he raced for Team Astromega taking the place of another driver whose sponsorship fell through.

From 2001 to 2006, Fernando raced for Minardi and Renault. He placed well and showed improvement each season during these years.

He was considered a favorite for many years and marked to retain the Drivers Championship.

By the end of his contract, he saw a dramatic increase in his worth as a racer. From 2007 to 2009 he was under contract with McLaren and Renault.

Due to a series of scandals and incidents, McLaren canceled the three-year contract, which was picked up later by Renault.

Fernando went on to race for Ferrari for 4 years and then went back to McLaren again at the end of his contract.

From 2015 until 2019 he was with the team though he mainly worked as a brand ambassador and face of the team more than a driver.

Alonso signed to race for team Alpine for two seasons from 2022.

How has Fernando Alonso spent his wealth?

According to reports, Fernando Alonso owns mansions in his native Spain, as well as Switzerland, England, and Dubai.

And of course, in his garages, there's a stable of supercars, exclusive sports cars, and rare collector's items from Ferrari, McLaren, Maserati, Porche, Lamborghini, Nissan, Renault, and many more.

Alonso is thought to personally own as many as 300 vehicles held at the Fernando Alonso Sports Complex.

How rich is Fernando Alonso?

He did take a retirement break from driving F1 for a couple of years to race Indy Car. As of 2022 he's back racing F1 for Alpine looking to win his 3rd world championship.