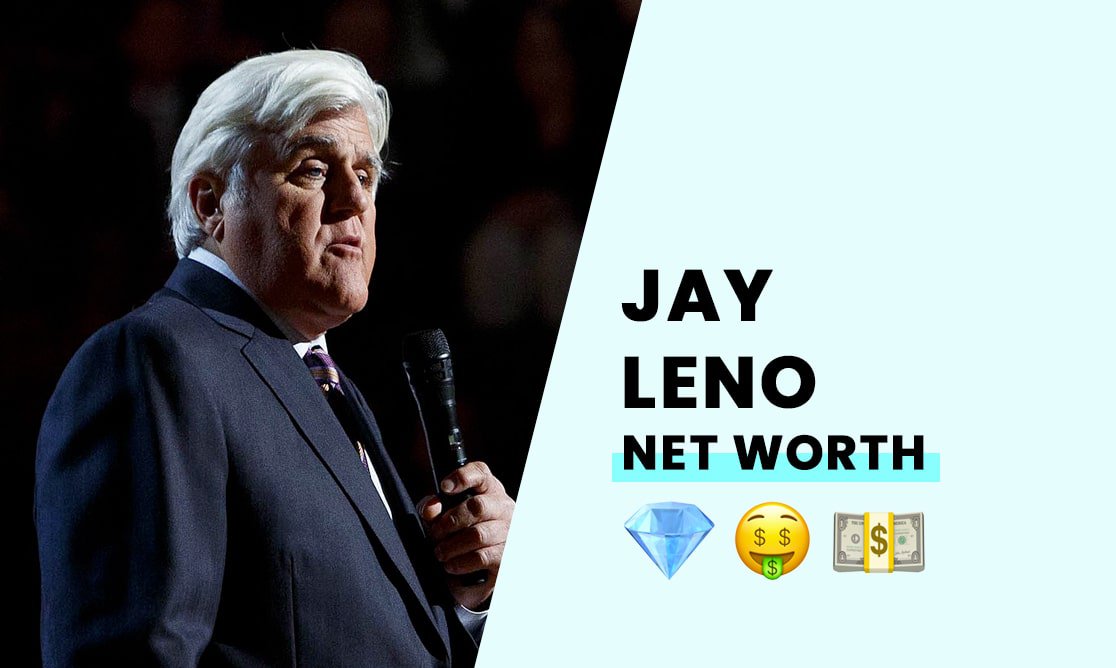 The estimated net worth of Jay Leno is $450 million.

Jay is an American comedian, actor, producer, writer, and a former late-night TV host of the "Tonight Show with Jay Leno."

During his talk show career, Jay earned more than $320 million in salaries. Jay Leno is a car enthusiast with a reported collection worth over $100 million.

Born in New Rochelle, New York, on April 28, 1950, James Douglas Muir Leno, Jay is the son of an insurance salesman, and his mother was a homemaker. Jay grew up in Andover, Massachusetts, in a middle-class home with his older brother.

Jay was an average student, and he graduated from Andover High School in 1968, going on to attend Emerson College. He graduated with a Bachelor's Degree in speech therapy, and he started a comedy club in 1973 while attending university.

How did Jay Leno build his net worth?

Jay's first appearance on the Tonight Show was in 1977 as a featured comedian. Leno appeared in several small movie productions and TV shows during the 70s, such as "Fun With Dick and Jane," "Good Times," "Laverne & Shirley," "American Hot Wax," and "One Day at a Time."

He also landed several appearances on "Late Night with David Letterman," and Leno was a regular substitute for Johnny Carson on "The Tonight Show." Leno officially replaced Carson as the host of the show in 1992.

Most people expected Letterman to land the hosting job at The Tonight Show, and there was internal drama at the show due to Leno's appointment as the host. Jay hosted The Tonight Show until 2009 when he decided to launch "The Jay Leno Show."

However, the show only aired for one season before being canceled. Jay returned to The Tonight Show, pushing aside his replacement, Conan O'Brien, causing an uproar. While the industry saw it as a grab and unfair to O'Brien, Leno continued with the show until 2014. He eventually stepped down to Jimmy Fallon, who remains the show's host till this day.

Jay continues his role in TV show entertainment, launching his popular show, "Jay Leno’s Garage," on CNBC. Jay uses the slot to discuss his favorite cars and the progression of the automobile industry. He's also appeared on Jerry Seinfeld's podcast, "Comedians in Cars Getting Coffee."

Jay Leno attributes his success to his dedication to achieving his goals. He says that he knew he was destined for success in comedy and show business from a young age, and he never wavered from his vision.

Jay understood when he saw an opportunity during his career and when he made mistakes, quickly changing direction to ensure his success.

How rich is Jay Leno?

With a reported fortune of $450 million, Jay Leno is one of the richest men in TV entertainment. His time as a talk show host earned him well over $500 million in salary. Jay is also an avid car enthusiast, and he has a garage with hundreds of modern and classic cars.