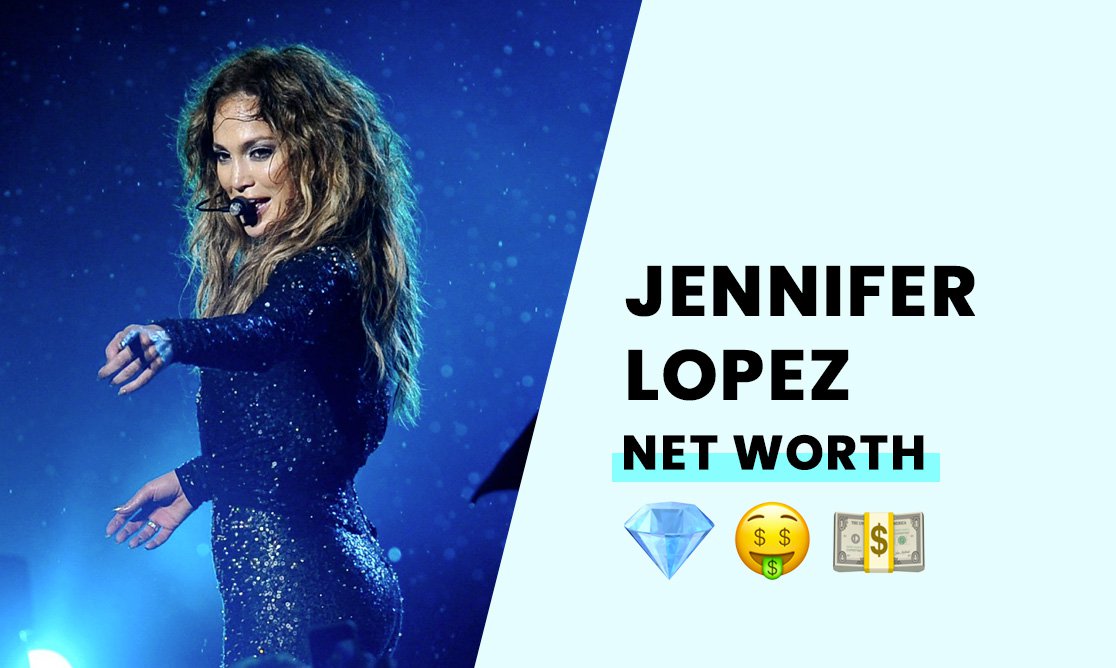 The estimated net worth of Jennifer Lopez is $400 million.

Jennifer Lopez also receives $40 million per year from her companies and movie deals.

Jennifer Lopez is an American singer, actress, dancer, TV producer, and entrepreneur. As one of Hollywood's biggest A-list celebrities, Lopez has a successful career spanning 25-years.

Born on July 24, 1969, in the Bronx borough of New York City, Jennifer Lynn Lopez is the daughter of parents David Lopez and Guadalupe Rodriguez. Jennifer has Puerto Rican roots, and she is the middle child in the family, with an older sister, Leslie, and a younger sibling, Lynda.

Her father worked for an insurance company, and he mother was a stay-at-home mom. Lopez grew up with her sisters in a small apartment in Castle Hill, New York, with her parents buying a home shortly after her birth.

Jennifer got an early start in the entertainment industry, taking dancing lessons at five years old. Her parents encouraged her to continue with her passion as a way to keep her away from the streets.

Jennifer attended a Catholic girls school where she competed in gymnastics and track events. She also had a passion for softball, landing a spot on her high school team. During her senior year in high school, Lopez received a role in the low-budget film "My Little Girl."

After wrapping the movie, Jennifer realized that her goal was to become a successful Hollywood star and singer. However, her parents didn't share her vision, enrolling her in Baruch College. After becoming bored with school, Jennifer dropped out in the first semester to chase a career in Hollywood as an actress and singer.

How did Jennifer Lopez build her net worth?

After dropping out of college, Jennifer landed roles in productions of Oklahoma! And Jesus Christ, Superstar. She earned a spot as a backup dancer for the super boy band New Kids on the Block in 1991, performing with the group at the 18th Annual American Music Awards.

Lopez went on to land a spot as the lead "Fly girl" dancer on the 90s comedy sketch show, "In Living Color," produced by the notorious Wayne's brothers. She beat 2000 applicants for the job, moving to LA for the role.

Lopez began her music career in 1991 with the release of her debut studio album, "On the 6." However, she would reach superstardom with her third album, "This Is Me…" featuring the hit single "Jenny from the Block."

Jennifer released eight studio albums between 1991 to 2014 while landing roles in Hollywood movies.

Jennifer believes in the power of her mindset, and she states that anything she believes, she will achieve. She states that she experienced success due to her persistence and consistency with reaching her goals. She says she saw success in her career due to plenty of hard work.

How rich is Jennifer Lopez?

With a reported fortune of $400 Million and an annual salary of $40 million, Jennifer Lopez is one of the most successful entertainers in Hollywood and an A-list celebrity.