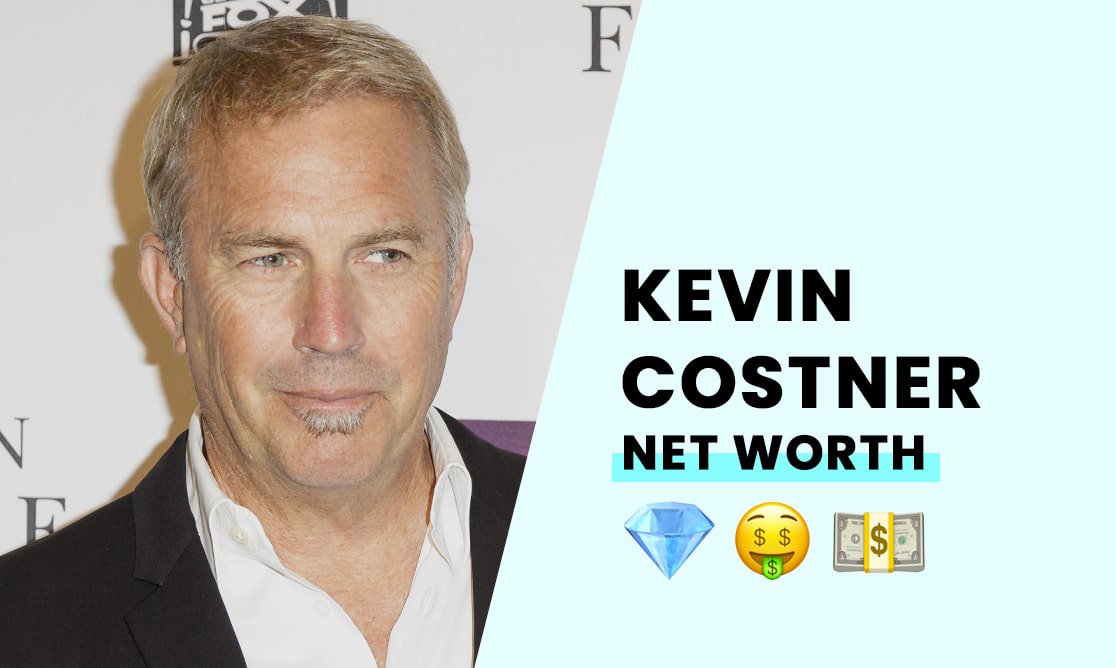 The estimated net worth of Kevin Costner is $250 million.

Costner is an American actor, director, and producer. During his career peak in the 80’s and 90’s, Costner was one of Hollywood's highest-paid and most sought-after actors. Kevin earned two Oscars, two Golden Globes, a Primetime Emmy Award, and two Screen Actors Guild Awards during his illustrious career.

Born in Lynwood, California, on January 18, 1955, Kevin Michael Costner is the son of Sharon Rae and William Costner.

His mother was a welfare worker, and his father was an electrician and utility executive. Costner grew up in Compton, Los Angeles, with his brother. Kevin would struggle with his self-image during his early youth due to his short height.

His father's career saw the family move around during Kevin's youth. However, they would stay within Californian state lines.

Costner attended Mt. Whitney High School. However, he transferred to Villa Park High School after the family moved to Orange County, graduating in 1973. Kevin attended California State University, graduating with a BA in marketing and finance in 1978.

Costner decided to pursue acting while studying at CSU. He got his inspiration after speaking with Richard Burton, who encouraged Kevin to pursue his dreams of being a Hollywood star. Costner held several jobs while taking acting classes, earning his first role in a film in 1974.

How did Kevin Costner build his net worth?

Most Hollywood pundits feel that Costner made his break into Hollywood with his role in the 1987 movie, "The Untouchables." He followed that success with "Dances with Wolves" in 1990, and the movie was also his directorial debut. The film would go on to win seven Oscars at the Academy Awards that year.

"Dances with Wolves" earned Kevin two Academy Awards for Best Picture and Best Director. Kevin went on to star in a string of Hollywood blockbuster movies during the 90s. The only film that didn't do well at the box office was "Waterworld."

During his career, Costner also appeared in TV series, earning an Emmy Award for best actor in a miniseries for the History Channel miniseries "Hatfields & McCoys."

The actor pockets something like $500,000 per episode of Yellowstone on streaming service Paramount Plus.

Kevin attributes his success to meeting Richard Burton and his mentorship with guiding him to achieve his dreams. Kevin says he was scared when moving to Hollywood, but Richard's advice helped him manage his expectations and stay on the path.

Kevin also says he gets plenty of support from his family. His first wife, Cindy Silva, helped Kevin get through the hard times in his early career. While the couple ended up divorcing in 1994, he credits her for helping him stay grounded.

Costner married model Christine Baumgartner in 2004, and they live together in a massive 160 acre mountain estate in Colorado, consisting of three individual homes.

How rich is Kevin Costner?

With a reported wealth of $250 million, Kevin Costner is one of Hollywood's leading A-list celebrities. While he stepped back in his movie roles and directing, Kevin is still a sought-after talent in the industry to this day.