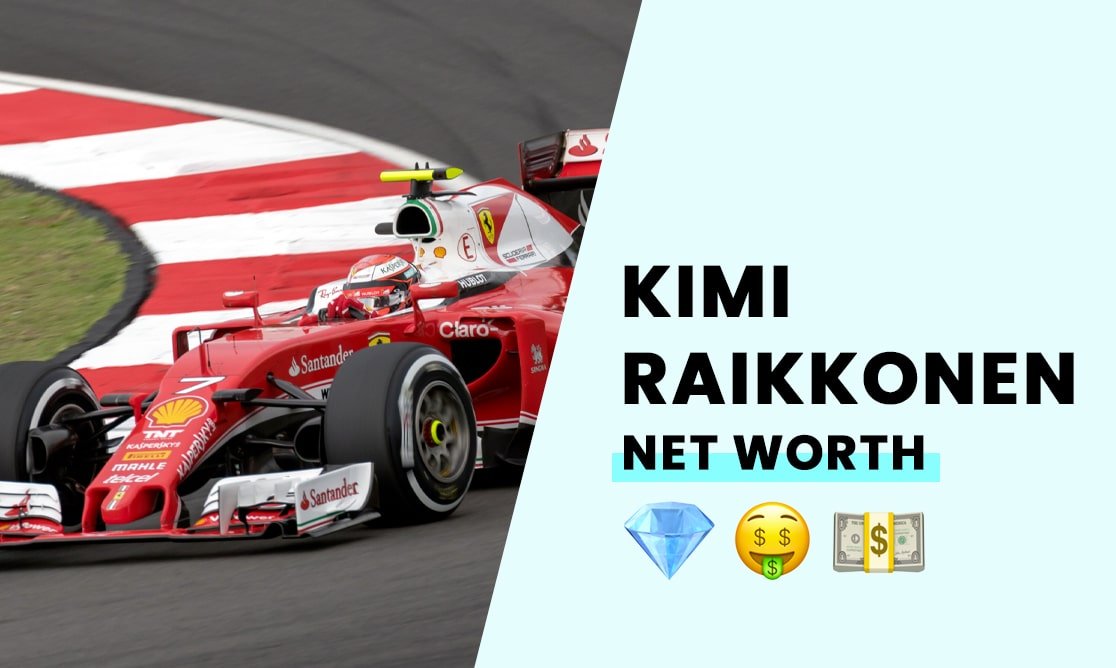 Kimi Räikkönen's net worth is estimated to be $27 million. The Finnish F1 World Champion was one of the World's Highest Paid Athletes in 2015 and one of the all-time highest-paid men in motorsports. He dropped off the list by 2016.

Kimi-Matias Räikkönen was born in Espoo, Finland on October 17th of 1979.

He began racing from an early age, with karting at age 10, and was competing in karting races in Monaco by the time he was 15 years old. An early bicycle accident damaged his vocal chords, affecting his voice and contributing to his very distinctive speaking style.

Kimi Räikkönen won his first Nordic championship in 1998 and the British Formula Renault Series at the age of 20.

You could say Kimi Räikkönen learned most of his career skills on the racing track. From karting in Monaco, he entered more prestigious races, including the Nordic Championship, European Formula Super A Championship, Formula Ford Euro Cup, British Formula Renault winter series, and Formula Renault UK Championship. He earned his F1 license in 2001.

Kimi Räikkönen married Finnish model Jenni Dahlman in 2004, and their marriage lasted a decade until they divorced in 2014. Räikkönen engaged another model, Minna-Mari Virtanen, soon after, with the couple welcoming their first child in 2015. They got married later that year. A second child was born in 2017.

How did Kimi Räikkönen build his net worth?

A significant part of Kimi Räikkönen's net worth comes from his salary as a racing driver. His earnings were boosted by a portfolio of sponsorships, endorsements, and merchandise sales.

Over his long professional career, Räikkönen worked with Sauber, McLaren, Ferrari, Lotus, and Alfa Romeo. He has also competed in WRC and NASCAR.

As one of the highest-paid racers in the industry, Räikkönen's salary ranged from $10-50 million a year, depending on the team he belonged to and bonuses.

His significant real estate investments have also boosted his net worth.

How has Kimi Räikkönen spent his wealth?

Räikkönen made real estate investments throughout his racing career. He has properties in locations worldwide, including a luxurious beachfront home in Phuket, Thailand, a villa in Baar, Switzerland, and a house in Helsinki, Finland.

How rich is Kimi Räikkönen?

Forbes estimates that Kimi Räikkönen has a net worth of around $27 million.

Is Kimi Räikkönen a millionaire?

Kimi Räikkönen is a multi-millionaire with an estimated net worth of around $27 million.