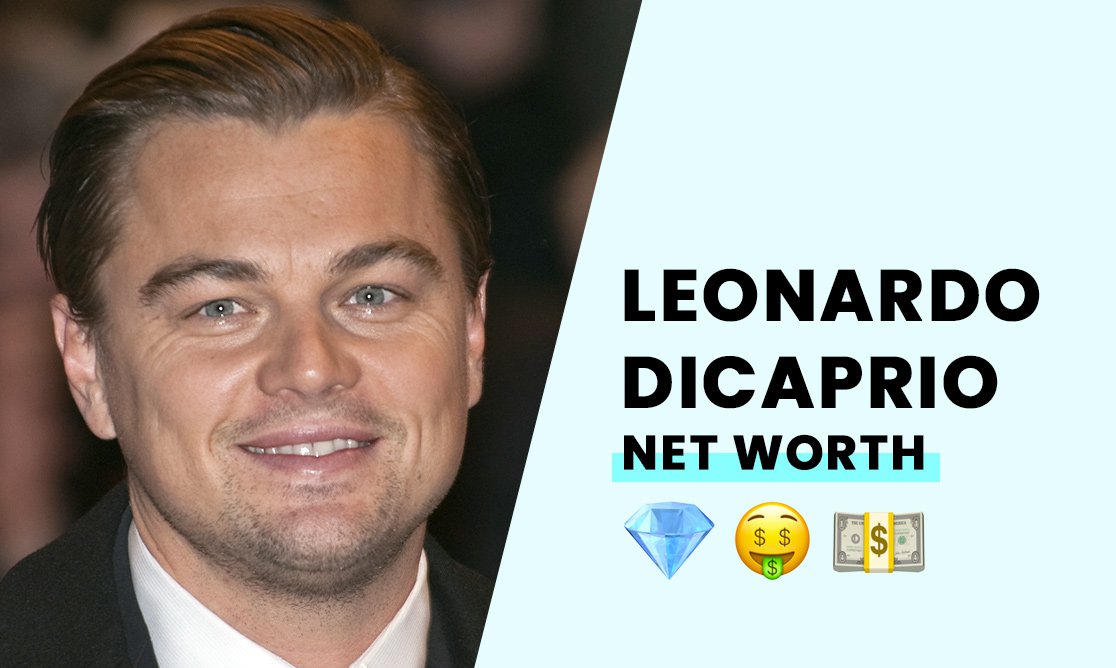 The estimated net worth of Leonardo DiCaprio is $260 million.

Leonardo DiCaprio is an American actor and producer and one of the most sought-after talents on the celebrity A-list.

DiCaprio has one of the most impressive resumes in the industry, with countless blockbuster films under his belt.

Born in Los Angeles, California, on the 11th November 1974, Leonardo DiCaprio is an only child and the son of a comic book artist and distributor.

Leo attended Seeds Elementary School in Los Angeles and John Marshall High School after four years at the Los Angeles Center for Enriched Studies. When he was a young child, he spent time with his grandparents in Germany. Leo would eventually drop out of high school, but he would later earn his GED.

How did Leonardo DiCaprio build his net worth?

Leonardo DiCaprio built his sizable fortune through his career as an actor and movie producer. Leo earns significantly more from his producer roles, but he's still one of the most notable actors on the silver screen.

DiCaprio started his career with appearances in TV commercials in the 90s. When he was 14, he starred in a commercial for Mattel's Matchbox cars. He would start landing spots in TV roles on programs like The Outsiders, The New Lassie, and Roseanne. He also appeared in 12 episodes of "Parenthood" and 23 episodes of "Growing Pains."

Leo got his breakthrough into Hollywood in 1991 with a role in the sci-fi horror, Critters 3. In 1993, he landed the role in "This Boy's Life" and received critical acclaim for his performance. His big Hollywood breakthrough came with his role in the drama "What's Eating Gilbert Grape?" nominating him for an Academy Award for best supporting actor.

DiCaprio bolstered his reputation with roles in "Total Eclipse" and "The Basketball Diaries." The 1996 smash-hit "Romeo + Juliet" grossed $147.5 million at the global box office. Leo earned a $2.5 million salary for his role in "Titanic" in 1997 and went on to gross $40 million due to a backend deal giving him a 1.8% cut of the backend points.

Leo went on to develop relationships with some of Hollywood's biggest directors, including Martin Scorsese. His role as "Jordan Belfort" in the 2013 release "The Wolf of Wall Street" earned the actor a $25 million salary and a percentage of the $392 million from the global box office gross.

Leo also has a real estate portfolio worth $100 million, featuring a 104-acre private island in the tropical paradise of Belize.

Leo says he built his reputation in Hollywood by being an individual and avoiding following the crowd. He says it's his talent for building relationships with top-level directors, like the legendary Martin Scorsese, that garnered him international fame and fortune.

How rich is Leonardo DiCaprio?

With a reported wealth of $260 million, Leonardo DiCaprio is one of the richest men in Hollywood. He's an A-list celebrity and earns a sizable income from his investment and real estate portfolio, as well as several endorsement deals.