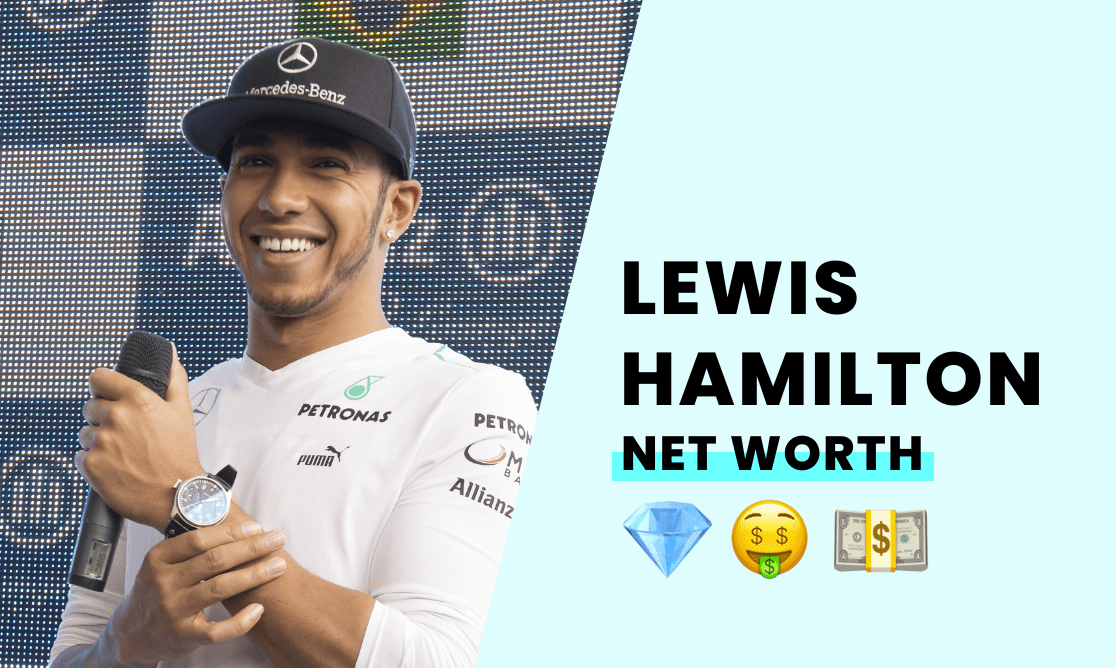 Lewis Hamilton's net worth is estimated to be $340 million, making him the wealthiest F1 driver in the sport's history.

Hamilton was born in 1985 and raised in the small leafy town of Stevenage, Hertfordshire, England, to the north of London.

His dad, Anthony Hamilton, bought the young Lewis a remote control car and then got him into go-kart racing.

Academic ability might not be the first thing people think about as a prerequisite for driving F1. However, a good education was a great fallback for Hamilton if racing didn't work out.

Lewis began his education at The John Henry Newman Catholic School in Stevenage.

He went on to graduate from Cambridge College of Arts and Sciences.

Lewis Hamilton is a single man and resides in Monaco, home to many F1 racing drivers.

Over the years, he has been linked with several glamourous women, including Nicole Scherzinger, Kendal Jenner, Rihanna, and Bella Hadid.

How did Lewis Hamilton build his net worth?

Lewis is the 7-time F1 world champion and one of the most prolific drivers in motorsport, with a dazzling net worth currently sitting around $340 million.

He started out in 2007 making $3 million per year as a junior driver, but his 2021 contract has him in a deal that will net him $80 million from Mercedes AMG Petronas over two years.

Like most F1 drivers, he started out karting at the age of eight years old. And as he showed promise, he progressed from karting to Formula Renault and then on to Formula Three races.

After karting for Mercedes, the young Lewis was signed by Mclaren in 2007, which was his first real taste of professional recognition and fame in the big league.

Early in his career, he was knighted by Queen Elizabeth with an MBE in 2009, making him Sir Lewis Hamilton.

He stayed with Mclaren until 2012, after which he moved to the Mercedes team, where he often shared the track with the German driver Nico Rosberg.

The contract he signed with Mercedes was worth $100 million and was set to expire in 2018.

He won 4 titles in a row from 2017 to 2020 with the Mercedes team, which put him in a perfect position to negotiate an $80 million dollar contract deal.

In addition to racing, he also dabbles in music and has recorded with the likes of Christina Aguilera.

He also voiced himself in the movie "Cars" and has a clothing line with Tommy Hilfiger, among other ventures.

How has Lewis Hamilton spent his wealth?

Lewis Hamilton has a worldwide portfolio of property, an 81m luxury Alfa Nero yacht, and many expensive high-performance sports cars from Mercedes, Ferrari, and Pagani.

And to make travel around the world to F1 races, he owns a Bombardier Challenger 605 private jet.

Hamilton owns a luxury hotel in the island nation of Grenada in the Caribbean, where he traces his paternal family line.

How rich is Lewis Hamilton?

His net worth is approximately $340 million, earned from his career winnings in F1, lucrative contracts to race for the McLaren and Mercedes teams, plus brand sponsorships.

Is Lewis Hamilton a millionaire?

Yes, Lewis Hamilton is a multi-millionaire with a personal wealth of around $340 million.

Is Lewis Hamilton a billionaire?

Not yet. However, if he keeps winning races and continues to make smart money moves, he might join the billionaire club.

No, far from being born into a wealthy family, Lewis Hamilton was born and raised in a hard-working family in England.

Like many F1 drivers, karting was his introduction to professional racing. To support Lewis, his father, Anthony, had to work two jobs, weekends and late into the night to support him.

His dad even remortgaged the family house to support Lewis' professional racing dreams.

How much does Lewis Hamilton earn?

From racing, Lewis Hamilton earns an estimated $2.9 million per race on top of his $55 million base pay from Team Mercedes AMG Petronas. In addition, there are all of the brand deals and sponsorships that make up the rest of his earnings.

How much does Lewis Hamilton make from sponsorships and brand ambassadors?

Hamilton has lucrative brand deals with a string of big companies and brands. Among them, he counts the likes of Tommy Hilfiger, Sony, Bose, LG, Puma, IWC Schaffhausen, UBS, Tibco, and Monster Energy. One brand deal alone with Petronas is said to be worth $50 million.