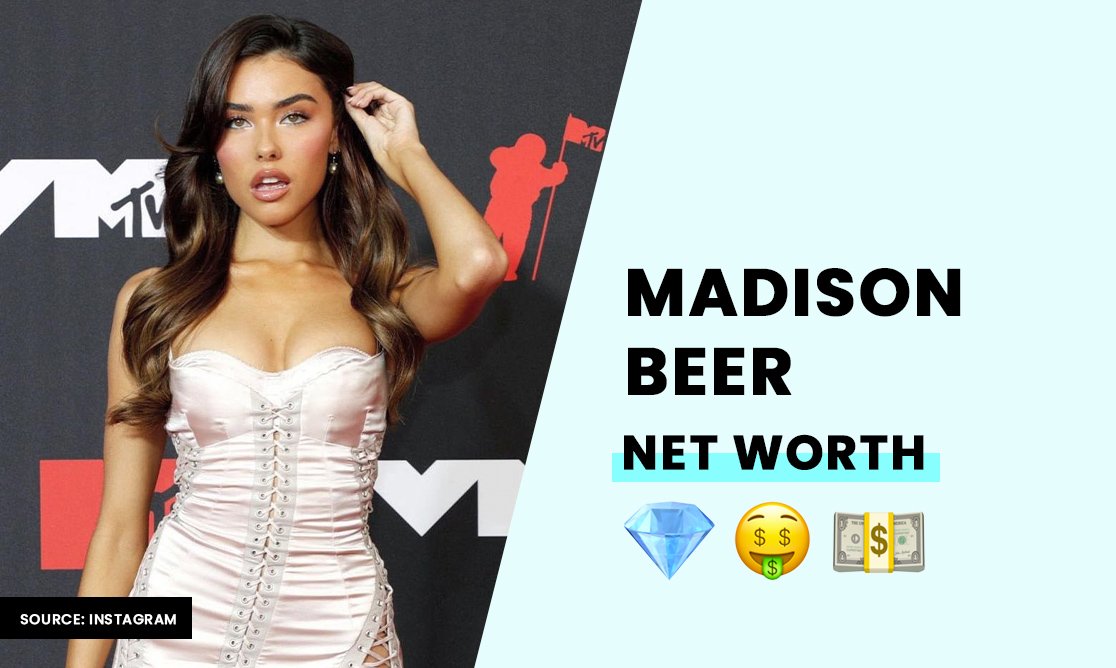 Madison Beer's net worth is estimated to be approximately $16-20 million.

How did Madison Beer build her net worth?

With over 30 million Instagram followers, more than 17 million followers on TikTok, and another 3 million subscribers on YouTube, Madison transformed what was a modest singing and acting career into a highly successful and lucrative business endorsing beauty lines such as Morph, a cosmetics firm, and several clothing lines.

Madison Beer suddenly had the spotlight turned on her after Justin Bieber tweeted a link to a YouTube video of this 12-year-old singing a cover of 'At Last' by Etta James. This led to a collaboration with Bieber and a signing to Island Records by Bieber's manager.

Madison's singing career took off. A series of hit singles followed, including "Melodies," "Unbreakable," "Valentine" with Cody Simpson, "I Won't Let You Walk Away" with Mako, and "Home With You." In 2013, Beer also starred as Amy in the film "Louder Than Words."

How has Madison Beer spent her wealth?

Madison lives a lavish lifestyle. She had a 5-bed, 6-bath, two-story mansion in Los Angeles, which she sold for $7 million after purchasing it in 2020 for $5.6 million. Not a bad profit.

How rich is Madison Beer?

Madison Beer is extremely well off, with a net worth estimated at $18-20 million.

Is Madison Beer a millionaire?

Yes. Madison is most certainly a millionaire.