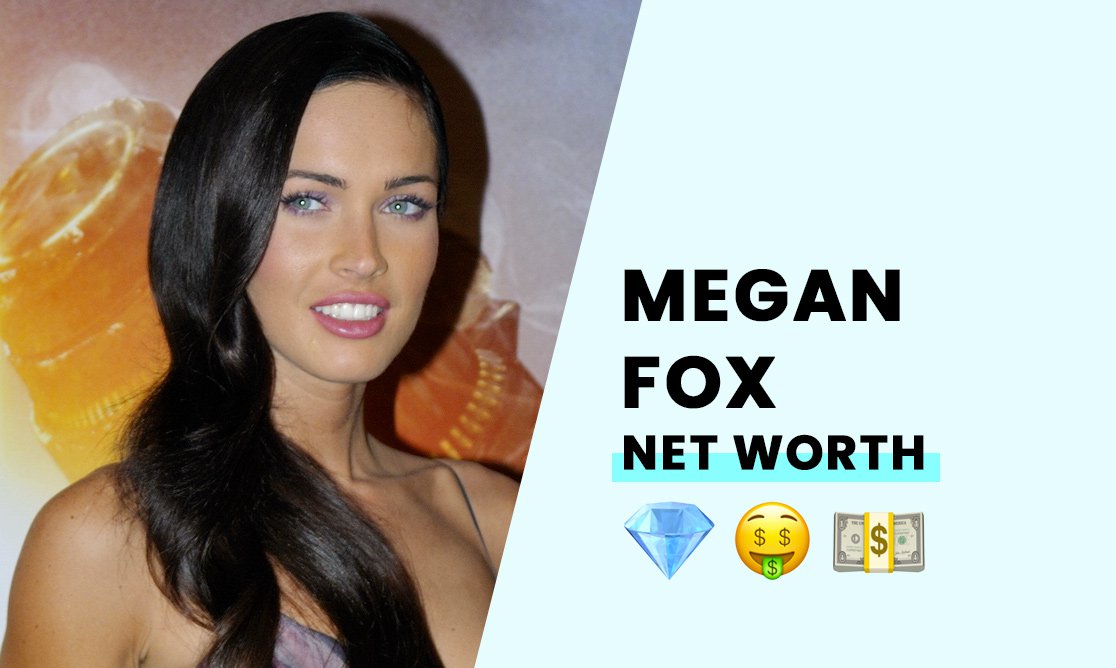 The estimated net worth of Megan Fox is $8 million.

Megan Denise Fox is an American model and actress from Tennessee. Megan started acting in 2001, appearing in small film and TV roles before landing her first big movie deal in the 2004 release, "Confessions of a Teenage Drama Queen."

Born on the 16th of May, 1986, in Tennessee, Megan Denise Fox is the daughter of Franklin Thomas Fox and Gloria Darlene Cisson. She has mixed ancestry, including European and Native American heritage. When she was five years old, her parents enrolled her in drama and dance classes in Kingston, Tennessee.

The family moved from Tennessee to Florida when Megan was 10 years old, and Megan started modeling at age 13. She went on to win several awards during the 1999 American Modelling and Talent Convention in Hilton Head, South Carolina.

Megan grew up in a Pentecostal family, with a strict religious upbringing from her parents. She attended a Catholic school for 12 years before moving to Morningside Academy in Port St. Lucie and St. Lucie West Centennial High School for her junior high school years. After moving to Los Angeles to chase her acting career, she completed her GED out of high school when she was 17.

How did Megan Fox build her net worth?

Fox started her acting career with her debut in the film "Holiday in the Sun." 2004 saw Megan gain success with her role alongside Lindsay Lohan in "Confessions of a Teenage Drama Queen." In 2007, she experienced her biggest hit to date for her role in "Transformers: Revenge of the Fallen" alongside Shia LaBeouf.

Fox decided to give up the role in the second film after the director asked her to gain ten pounds. Instead, she went on to star in the leading role in the film "Jennifer's Body," written by the Academy Award-winning screenwriter Diablo Cody.

Fox also featured in a 2010 music video for the Rihanna and Eminem smash-hit single, "Love the Way You Lie." She also has several appearances in leading international magazines like FHM, Rolling Stone, and Maxim.

2012 saw the actress feature in minor roles in "The Dictator" and "This Is 40." She also played the voice-over role of Superman's girlfriend, Lois Lane, in the "Robot Chicken DC Comics Special." Fox would later bury the hatcher with the director Michael Bay for a role in the "Teenage Mutant Ninja Turtles" movie.

Megan Fox says she owes her success to being in the right place at the right time. She says that her early acting days were a struggle, but she persisted through the slow period until experiencing success with her role in the Transformers movie.

She also says she received a lot of support from her family, with her father and mother pushing her to achieve her dreams of making it onto the Hollywood stage.

How rich is Megan Fox?

With a reported wealth of $8 million, Megan Fox is a successful actress, and she continues to prepare for upcoming Hollywood roles and is one of the industry's A-list stars.