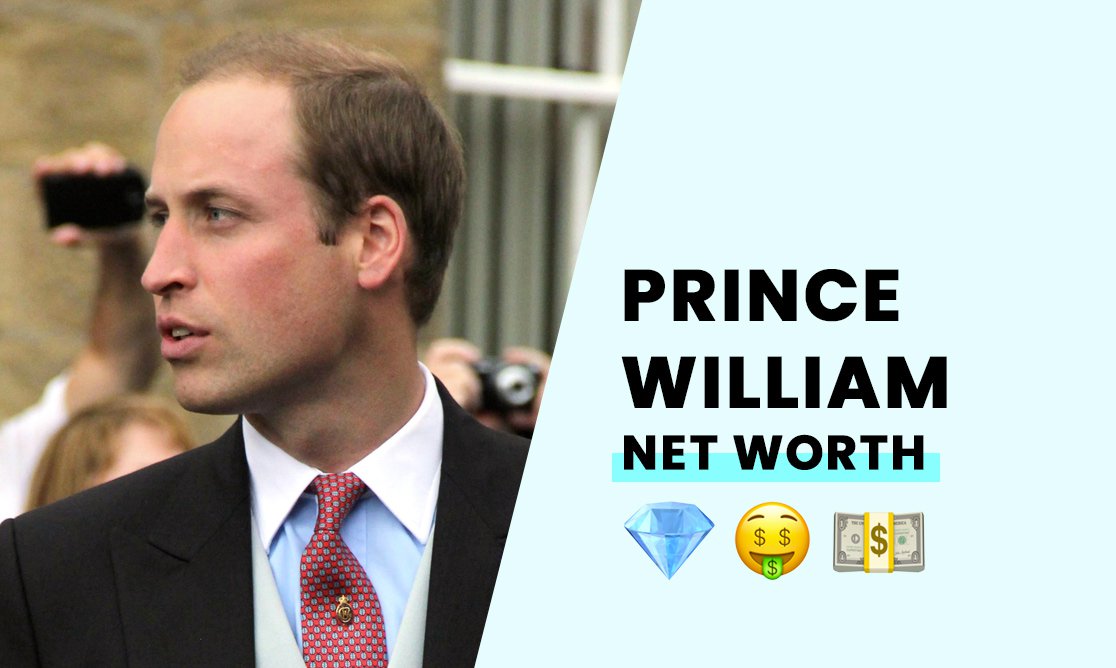 The estimated net worth of Prince William is $40 million.

William has the formal royal title of "The Duke of Cambridge." He is the eldest son to Prince Charles and the late Lady Diana, the Princess of Wales. His younger brother is Prince Harry.

Born into Royalty as the grandson of Queen Elizabeth II, Prince William lives in England with his wife, Kate Middleton, the Duchess of Cambridge, and their children.

Born on June 21, 1982, at St Mary's Hospital, London, William Arthur Philip Louis is the son of Prince Charles and Princess Diana and the older brother of Harry. Unlike Harry, William has the characteristic look of his father.

William was baptized into the Church of England on August 4, 1982. The ceremony took place in the prestigious Music Room of Buckingham Palace by Robert Runcie, the then Archbishop of Canterbury. The baptism would also take place on Her Majesty the Queen Mother's birthday.

Prince William's parents divorced in 1996, and during this time, both his mother and father are said to have been having affairs. Diana ended up being a victim of a fatal car wreck in France in 1997, which made global news at the time. His father, Prince Charles, would later remarry to Camilla Parker Bowles in 2005.

The decision for William to spend his schooling at the institution was frowned upon by the royal family, who traditionally send their children to Gordonstoun.

William earned his degree from the University of St Andrews.

How did Prince William build his net worth?

Prince William completed military training after leaving university. He reached the rank of lieutenant in the Blues and Royals regiment of the Household Cavalry. William would serve alongside his brother, Harry.

He earned his wings in a record two years after starting training at Royal Air Force College Cranwell. William transferred to the Royal Air Force, receiving a promotion to flight lieutenant. William underwent advanced helicopter flight training to fly for the Search and Rescue Force to achieve pilot status.

He completed his training program in 2010, moving to the RAF Valley on the No. 22 Squadron. He would perform co-pilot duties onboard Sea King search and rescue helicopters.

After his parents' divorce, Diana placed her fortune in a trust account for William and Harry. The brothers received the trust on their 25th birthdays. Unlike many other members of the royal family that choose to remain exempt from the UK tax law, William pays his fair share.

William voluntarily pays a 50% tax rate on his income, and he has continued this practice for more than a decade. However, he started paying a 25% tax rate after his marriage in 1991, and he dropped that to the standard British tax rate in 1993.

Kate took the title of the Duchess of Cambridge at Westminster Abbey.

Hours before the wedding ceremony, William received the title of the Duke of Cambridge, Earl of Strathearn, and Baron Carrickfergus.

How rich is Prince William?

With an estimated fortune of $40 million, Prince William is a royal family member and husband to Kate Middleton, the Duchess of Cambridge.