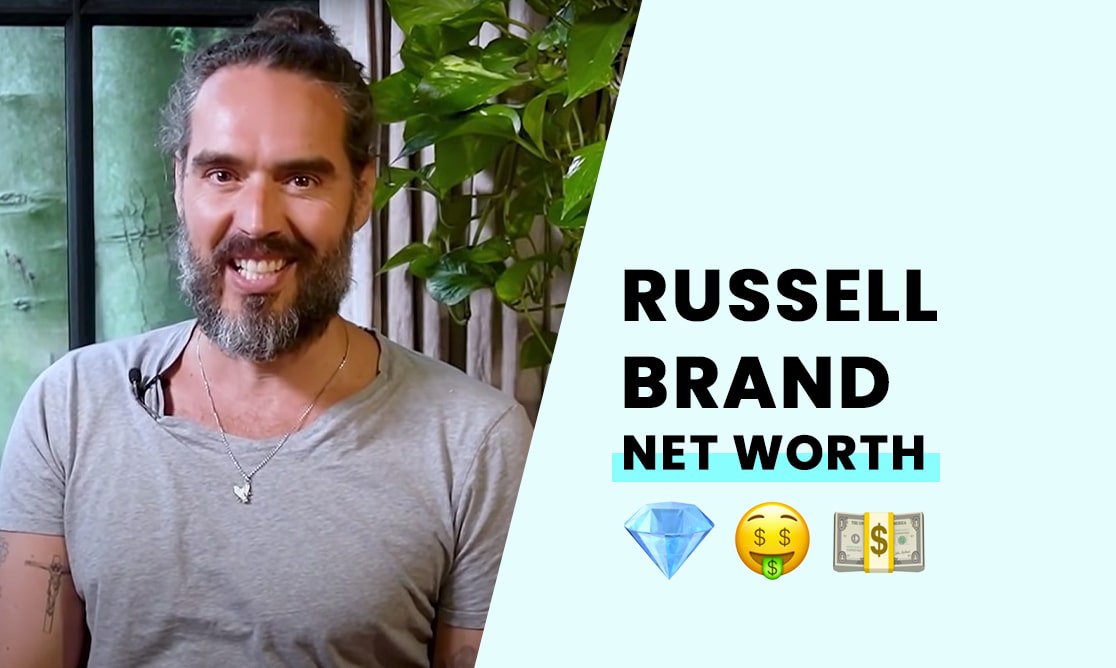 The estimated net worth of Russell Brand is $13.5 million dollars.

Russell is a comedian from England that is most known for his raunchy humor and in-your-face antics at the beginning of his career. He first gained fame as a radio host, then as a recognized Hollywood actor during his first time in the limelight. Famously, he was briefly married to pop star Katy Perry, who herself is very wealthy.

Later in his career as recovering from a long and often public struggle with drugs Brand is in a much healthier place in himself and has been reintroduced to a whole new set of people on YouTube who know him from his articulate and fearless exploration of politically-charged topics.

Russell was born in England in 1975. He had a rough childhood and suffered from a range of mental health issues as a child. His dad is a famous photographer, however, his parents separated when he was an infant. He has led a life filled with abuse and trauma which shaped his troubled future.

Russell enrolled in Grays School Media Arts College in 1991. Later he went to Italia Conti Academy where his tuition was covered by the Essex County Council. Sadly, he was expelled for his behavior but was later accepted to the Drama Centre of the Royal Academy of Dramatic Art. He was also expelled from this institution without obtaining a degree.

How did Russell Brand build his net worth?

Russell may have had a troubled childhood, but that has not ultimately stopped him from becoming a success. His career started out with his performance as a standup comic. Then during his performance at the Hackney Empire New Act of the Year final, he was scouted. At the tender age of 25 he started working for MTV. He lost that job in 2000 due to his poor choice of costume the day after the 9/11 attacks.

His first big-screen film was the movie Forgetting Sarah Marshall which was released in 2008. The title did very well and he went on to star in the spin-off, Get Him to the Greek. Russell went on to do several voice roles in children’s movies as well as act in the movie Arthur. He never stopped doing stand-up and released a special in 2013 called the Messiah Complex. It did very well despite the tough topics it covered.

In 2004 he was hired to host Big Brother's Eforum and then in 2006 MTV brought him back to present 1 Leicester Square. Russell also hosted a show called Russell Brand's Got Issues, which did not do very well. It was rebranded to The Russell Brand Show and switched channels, but ultimately only ran for 5 weeks before being canceled.

Of course, Russell always seems to bounce back and has since written several books, starred in his own documentary, and hosted several more shows. He still maintains his career as a stand-up comic and social media star.

Russell is known in the media as a troublemaker, and while his behavior is just that, he has a lot going for him. Despite his troubled past he has a big heart and likes to use his platform to bring attention to things that matter. He has long been an advocate for mental health, the downtrodden, those facing addictions, and much more.

He makes a point of letting others know that it is never too late to reinvent yourself or to help others from mistakes you have made in the past.

How rich is Russell Brand?

The British standup comic has been able to build his net worth up to around $13.5 million dollars through the years as an often controversial entertainer and public thinker.