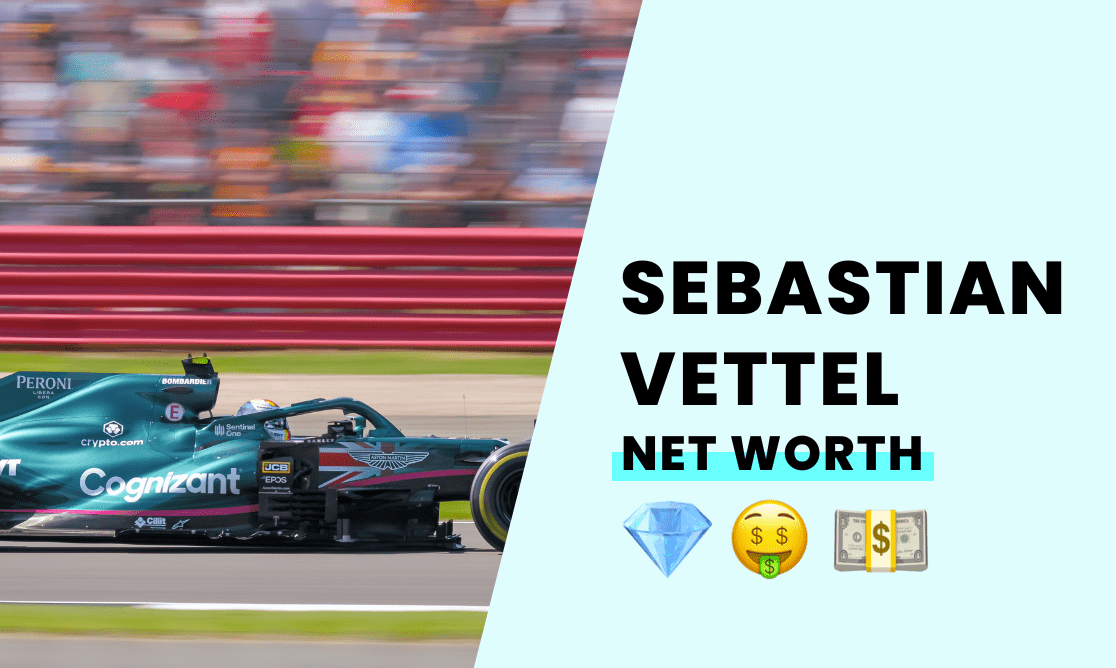 Sebastian Vettel's net worth is estimated to be $150 million, making the German Formula One driver one of the richest in the sport.

Born in July 1987 in the small town of Heppenheim, Germany, roughly an hour south of Frankfurt.

By the age of 8, he showed enough promise to be added to Red Bull's Junior Team.

In a 2011 interview with The Telegraph Vettel said formal schooling wasn't his strong suit. He does not have a university-level degree from college.

Together with his wife, Hanna Prater, he has three children and keeps a low profile.

When he's not racing Vettel lives far away from the glitz and glam that surrounds most other Formula One drivers in the mountains of Switzerland.

How did Sebastian Vettel build his net worth?

First entering Formula One in 2007, Vettel racked up an impressive number of race wins, podium finishes, and fastest laps.

During his career, he has secured 4 World Championship titles and the prize money that comes with them.

What is even more impressive is that he secured these four titles all within a space of three years.

Vettel is also credited with being the youngest person ever to secure a World Championship title.

Overall, Vettel has 122 podium finishes which is more than any Formula One racer in history.

He also holds the record of having secured the most 3rd and 4th place finishes in the industry.

Aside from his prize winnings, Vettel is thought to have earned close to $40 million dollars from endorsements alone for companies such as Infiniti Cars, Casio watches, Shell (petroleum), Tirendo, and Pepe Jeans.

Throughout his career, Vettel earned the bulk of his net worth, over $90 million dollars, from contracts (salary) driving for the various teams plus prize winnings and bonuses.

How rich is Sebastian Vettel?

We estimate that Sebastian Vettel has a net worth of around $150 million.

Is Sebastian Vettel a millionaire?

Yes, a multi-millionaire, mostly from race winnings and sponsorships.

Vettel announced his retirement from Formula One at the end of the 2022 season.