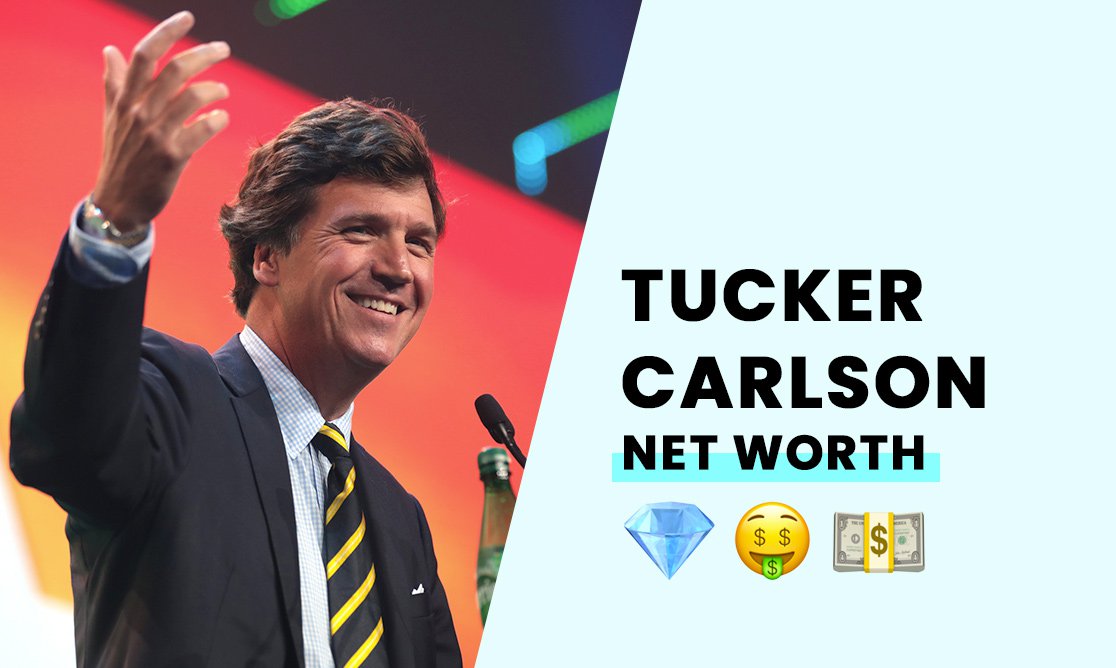 The estimated net worth of Tucker Carlson is $30 million.

Tucker is a TV host, conservative political commentator, and host of Tucker Carlson Tonight on Fox. He is one of the most popular voices on the Fox platform, and he has a large following on social media.

Born on the 16th of May, 1969, in San Francisco, California, Tucker Swanson McNear Carlson grew up in southern California. When he was six, his mother abandoned the family, leaving Tucker's father to raise him. Tucker's father, Richard Warner Carlson, was a news anchor and US ambassador to Seychelles.

When Tucker turned ten, Richard married Patricia Caroline Swanson. Patricia was the granddaughter of Carl A. Swanson, founder of the Swanson frozen foods empire. As a result, Tucker grew up in wealth from a young age.

Tucker had the finest schooling, attending Trinity College in Hartford, Connecticut. He graduated from his academic career in 1991 with a degree in history.

How did Tucker Carlson build his net worth?

Tucker Carlson built his net worth through his career in media. He's a popular political commentator, and he got his break with CNN, making it into Prime Time slots between 2000 to 2005. From 2005 to 2008, Tucker hosted another commentary show on MSNBC.

Carlson started working with the Fox Network in 2009. His 2016 debut with the media giant saw him hosting a nightly conservative talk show, "Tucker Carlson Tonight." Tucker also has interests outside of his commitments to Fox and his viewers. He is the founder of the website "The Daily Caller."

He is also a published columnist and author. Tucker would also gain a reputation for his dress code while presenting on Fox. He would wear a bow tie on the show, giving him a trademark in the industry. However, he seems to gravitate towards a tie in recent years.

Tucker took over from Bill O'Reilly after Fox News fired him from the network. Shortly after that, Tucker signed a $10-million book deal. His show consistently ranks as one of the highest-rated on cable network TV.

Tucker Carlson receives a salary of $6 million from Fox, and his show beats O'Reilly's numbers, while O'Reilly was earning a $20 million salary at the time of his firing.

Tucker founded Dailycaller.com in 2010 alongside political advisor and entrepreneur Neil Patel. Carlson sold his share of the company to Patel in 2020 for an undisclosed sum.

Tucker says he owes his success to his family. He made the right connections through his education and his father's contacts to present the right opportunities to him at the right time in his life.

He uses his influence to spread a conservative message and values to his audience. Some leftist groups target Tucker for his views on social media platforms.

How rich is Tucker Carlson?

With a reported net worth of $30 million, Tucker Carlson is one of the richest men in broadcasting. He has a huge conservative following and a well-respected reputation in the industry.