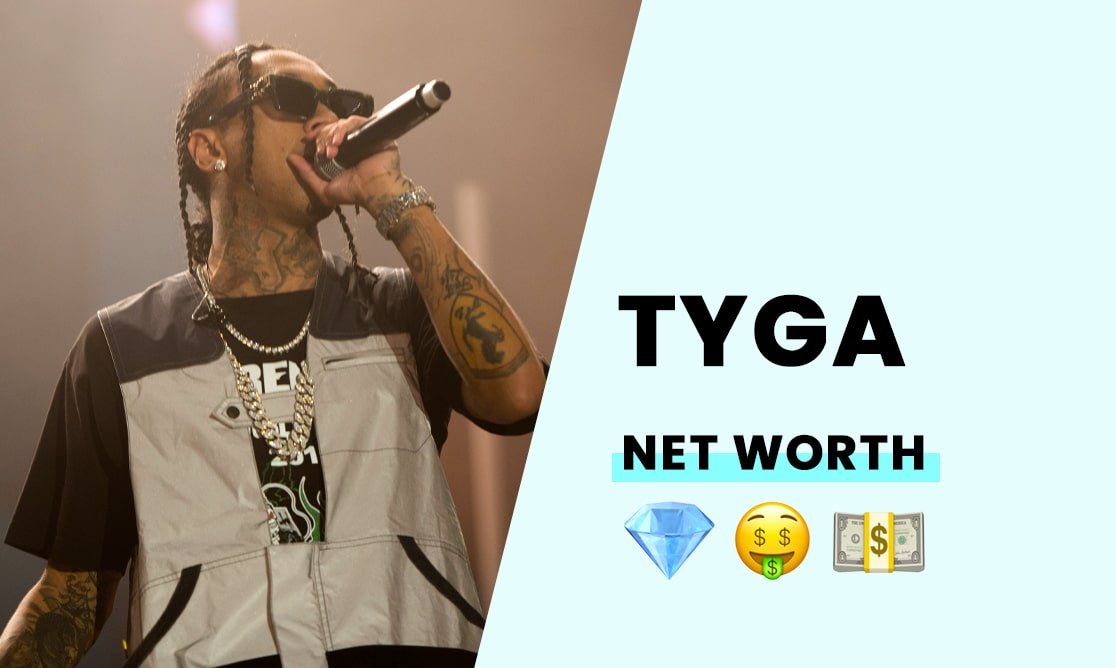 The net worth of Tyga is estimated to be $5 million.

Tyga, or Michael Stevenson, was born in the infamous city of Compton, California on 19 November 1989 to Jamaican father and Vietnamese mother.

In his free time, the rapper Tyga lives in Calabasas, California. His has at least one child. He's been linked with numerous women in the past including Camaryn Swanson, Blac Chyna, and Kylie Jenner.

How did Tyga build his net worth?

Tyga built a large part of his fortune through the music business.

During the peak of his earnings, Tyga was pulling income from his line of watches, sneakers, and apparel, teaming up with Reebok in 2013 to launch the “TRAWW,” earning himself $1.5 million in the deal.

In 2020, Tyga launched a chicken franchise, “Tyga Bites.” However, unlike the traditional franchise model, Tyga offered his brand to existing eateries to add to their menu items. The rapper ended up partnering with more than 500 restaurants across the United States.

In December 2020, Tyga announced he joined OnlyFans, bringing him his biggest success to date. Tyga briefly became one of the most popular creator on the platform, earning around $7 million from his subscribers.

After seeing the success of his OnlyFans explode, he went on to create “Too Raww”, a lifestyle management company for adult stars looking to make more money in their careers.

How has Tyga spent his wealth?

Tyga owns a mansion in Calabasas, Los Angeles and has a collection of vehicles.

How rich is Tyga?

Tyga is a millionaire with a net worth of $5 million.

Is Tyga a millionaire?

Yes, Tyga is a millionaire.

Tyga's net worth is a result of his talent in the rap scene. He was not born rich and grew up in the rough neighborhood of Compton.