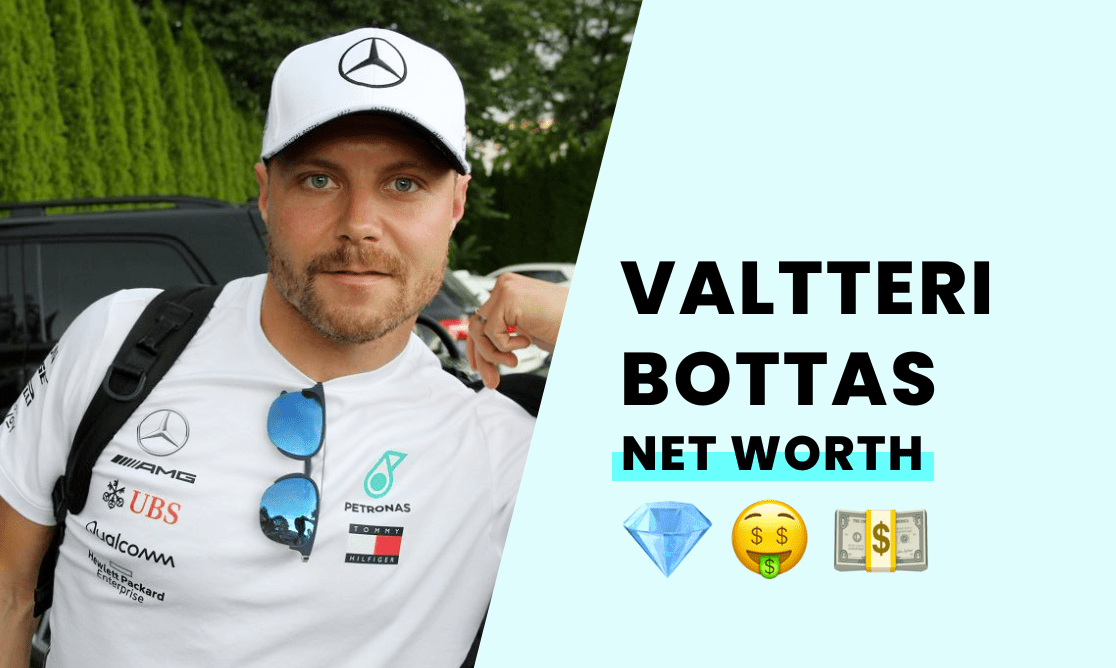 Valtteri Bottas' net worth is estimated to be $25 million, which makes the seasoned F1 driver a wealthy man.

Valtteri Bottas was born in 1989, on the outskirts of the small regional town of Nastola, Finland, into a humble, hard-working family.

His introduction to motorsports and Formula One began almost the same way as every other F1 driver: karting at a young age. For Bottas, he was only six years old when he became interested in kart racing.

Unlike almost anyone else in the upper echelons of motorsport, Bottas served in his nation's army, rising to the rank of Lance Corporal. He described it as a pivotal time in his personal development.

How did Valtteri Bottas build his net worth?

Valtteri Bottas's net worth of around $25 million dollars is derived from his salary, prize money, and sponsorship deals.

He started the F1 part of his career racing in the 2013 Grand Prix in Australia.

By 2017, he would win the same event in Australia, securing his role and the prize money.

He secured two wins and two pole positions in addition to 15 podiums in the Formula One World Championships. Valtteri would drive for the Williams team from 2013 until 2016. During that time, he won several awards and secured a wide range of lucrative brand deals to help boost his personal wealth.

In 2016, Bottas was signed by the Mercedes team where he achieved his first pole position in Formula One racing with teammate Lewis Hamilton. His first win at the Russian Grand Prix in 2017.

By 2022 he changed teams to race for the Alfa Romeo team earning a salary of $10 million.

The best money-earning year in his career was 2020 when he brought in $15 million while racing for Mercedes.

Bottas also makes money from brand deals with companies such as Polar, Assa Abloy, Kemppi, Wihuri, and many others.

How has Valtteri Bottas spent his wealth?

When he's not charging down the straights of an F1 race, Valtteri Bottas is probably relaxing in a secluded lake house in freezing Finland or enjoying time in his mandatory Monaco residence.

The fast Finn also has great taste in cars. He owns a multi-million dollar collection of cars, including a Ferrari F40, Mercedes Benz C63 AMG, Mercedes AMG GT, and a Mercedes AMG GT.

How rich is Valtteri Bottas?

Bottas has a net worth of approx $25 million from racing Formula One.