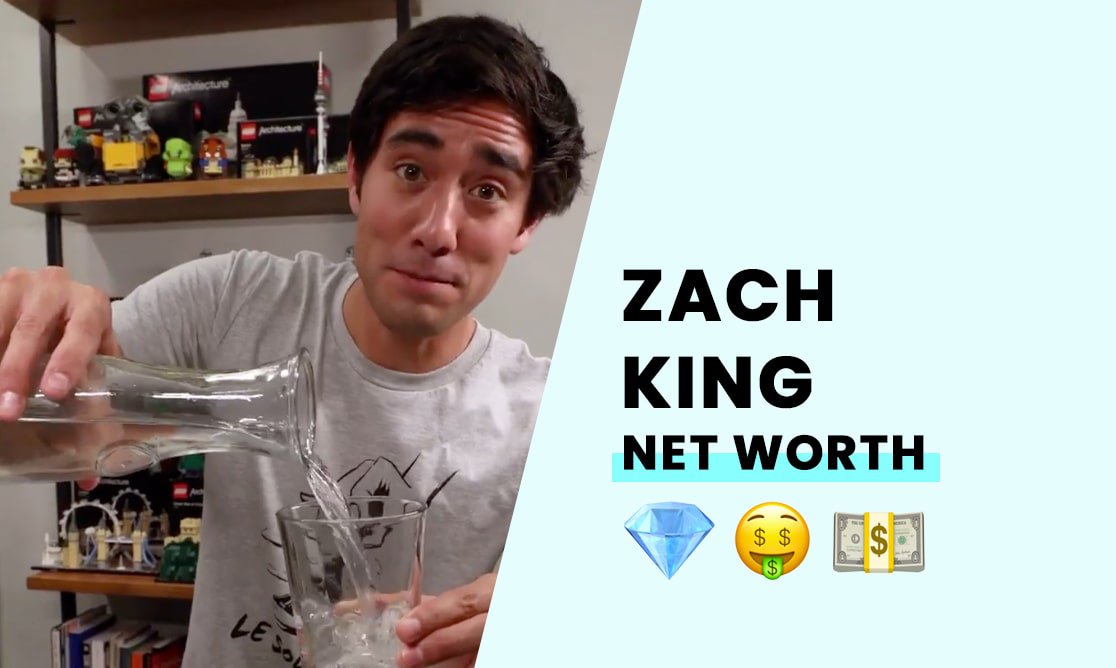 The estimated net worth of Zach King is $3 million.

He is mostly considered an internet personality and has been credited with creating “magic vines”.

Zach is also an aspiring filmmaker and has released a range of shorts online that he is known for. Most of his content is on YouTube, TikTok and Instagram.

The Early Life of Zach King

Zach was born in Portland, Oregon, in 1990. Although he is a media personality now, he has always had a love of all things cinema and drama. In fact, his first film was made on a home video camera at the age of 7.

He started building his hobby through higher-quality videos and editing at the age of 14.

Zach King attended Biola University in 2012. The university is a private Evangelical institution located in California. He majored in Cinema and media arts and graduated near the top of his class before embarking on a serious social media and TV career.

How did Zach King build his net worth?

He is currently worth $3 million and shows no signs of slowing down his progress on social media.

Zack first started uploading content to YouTube in 2008 casually. When vine hit the scene, he started uploading there in 2013. He made a range of engaging content that gained him a cult-like following, but it was the Hewlett-Packard commercial contest that really put him on the map. Following his participation in the contest, he entered into YouTube's NextUp Creators contest in 2013. After securing a win, not only was his channel given highlighted status, he also was able to increase his viewer count dramatically.

Zach and his wife went on to compete in The Amazing Race, which is a reality game show, in 2015. During this time period he was still uploading content to his social media channels to the delight of his followers, and of course, increasing his net worth in the process.

Aside from being a social media and TV personality, he also directed and published several shorts. Some titles of note are:

Along with shorts, Zack produced a moderately popular mini-series on TV called The Nerf National Show.

Zach’s main strengths are his dedication to his passion and the ability not to take himself too seriously. As you can tell from most of his content, he enjoys having fun and making his audience laugh. He offers plenty of tutorials on how to do edits and create clips that his followers can use to make their own content.

How rich is Zach King?

He has a moderate net wealth of just over $3 million dollars. His time is spent building his social media following to increase his income.