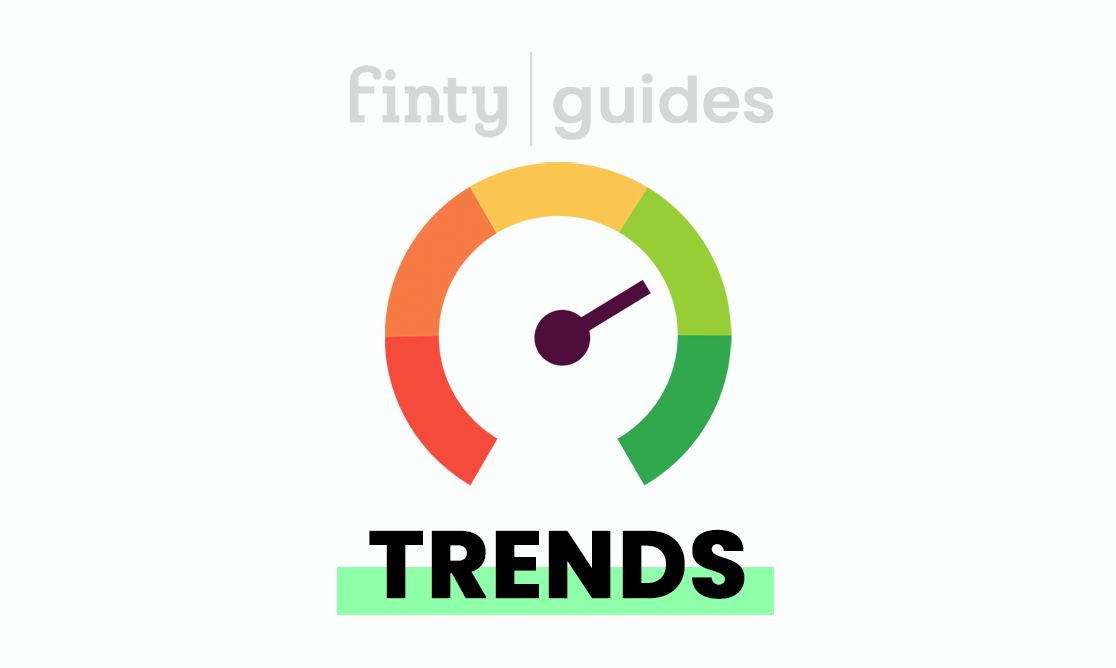 Credit scores — the adulthood equivalent to a grade point average — tell future lenders and landlords our history of financial responsibility.

They’re also a great way to have a snapshot of how Australians are dealing with credit, what they’re using it for, and how responsible they are about it. Turns out we all have very different relationships with credit.

Get your credit report for free with Finty. Nothing to pay. Check as often as you want.

Australians’ credit scores vary quite widely across the country: The highest scores are in the Australian Capital Territory, where the average is 680, followed by Victoria, with 668.

Another possible explanation for the Australian Capital Territory having such a high average credit score is the region having the highest incomes in the country. The Australian Bureau of Statistics indicates that the average weekly earnings in the region are over $1800.

In that regard, however, Victoria is a bit of an outlier: its average weekly earnings are just above $1600, which is below the national average.

New South Wales and Northern Territory have high credit scores as well, not much lower than Victoria, with an average of 664 and 660 respectively. These regions also have unemployment rates below the national average, both at 6%, and the two have weekly earnings in the neighbourhood of the national average, which is about $1700.

The remaining states of Western Australia, Queensland, Tasmania, and South Australia all have average scores ranging between 640 and 650.

In the table below, Generation Y — more popularly referred to as Millennials — has been divided into two categories, as they represent a generation in very different phases of their professional and personal trajectories. Members of Gen Y.2, born 1981 through 1989, are generally in more advanced stages of their careers, in many cases already raising children. They are more likely to have a home loan and are believed to have greater financial stability. Gen Y.1, born between 1990 and 1996, are largely in entry-level positions or beginning to enter the workforce, and are more likely to be renters.

Interestingly, the average credit scores for Gen Y.1 and Gen Y.2 are often quite close, such as in the case of New South Wales and Northern Territory. There is even an exceptional case in Victoria, where Gen Y.1 has a slightly higher average credit score than Y.2. But, as it is to be expected given their age difference, Gen Y.1’s scores normally lag behind Gen Y.2.

Gen X, for the most part, has higher credit scores than the Millennial cohort — not astonishing, considering they entered adulthood in an era where the labour market was easier to gain access to and homeownership was much more feasible.

What has been surprising to see is that overall, Gen Z tends to have higher credit scores than Gen Y.1 and Gen Y.2. This is the case in all regions, with the exception of Northern Territory. There are in fact two cases, Tasmania and New South Wales, where Gen Z has higher scores than Gen X. Which leaves one to wonder what this younger generation is doing differently than the generations before them? One factor playing a role is perhaps the generation’s 60.2% employment rate in Australia, representing the fourth highest employment rate in the world for this age group, according to the OECD.

Outside the exception of Gen Z, the credit scores in the chart follow expected trends: The older the generation, the higher the score.

Credit scores are significant for a number of financial transactions, but they’ll undoubtedly be fundamental in the largest purchase any one of us will probably make in our life — the acquisition of a home.

While these values serve as indicators of how home loans are distributed, they don’t take into account population density in these regions, which is a plausible explanation for why regions like New South Wales, Victoria, and Queensland hold a larger portion of home loans. It would also explain why the Australian Capital Territory, which has the highest credit scores in the country and the highest earnings, only holds 2% of home loans, as it has one of the smallest number of residents in the country.

To have a wider scope of how home loans are distributed, we should look at their distribution by age group. Here we can see that Gen X and Gen Y.2 hold the largest percentage of home loans. This is to be expected, as these are the generations that are likely to be in the period of their lives and careers where they have the stability to take on such a large purchase.

Gen Y.1 appears to have difficulty gaining access to homeownership. This is not surprising, given that they reached adulthood and entered the workforce in a greatly transformed labor market. We should take into account the consistent rise in property values we have seen in the country. Data from Corelogic and ABS indicate there has been an average 6.8% annual rise in property values at a national level. This can be correlated to the growth in the size of home loans, which have had an annual growth of 6.4%. In 1993, the average national home loan size was $81,500 — by 2018, it stood at $388,100. This translates into a more than300% surge in prices and home loan sizes over a 25-year period.

Meanwhile, only 10% of Australians have had instances of default. Interestingly enough, the percentage of defaulters by generation group is very similar to the percentage of home loan distribution. For instance, the portion of defaults among Gen X is 47%, while it’s 29% for Gen Y.2.

How Aussies will fare with their home loans and credit card debt in the wake of the COVID-19 pandemic remains to be seen. The latest figures indicate that the unemployment rate rose by 1% in just one month: from the month of March to April, nearly 600,000 Australians lost their jobs. Data from RBA indicates that credit card transactions declined considerably in April as well. The total number of transactions on personal credit cards fell by 26.4% in one month alone, indicating a loss in buyer confidence. Only time will tell how this will translate into possible payment defaults.