How to send money to Italy from Australia 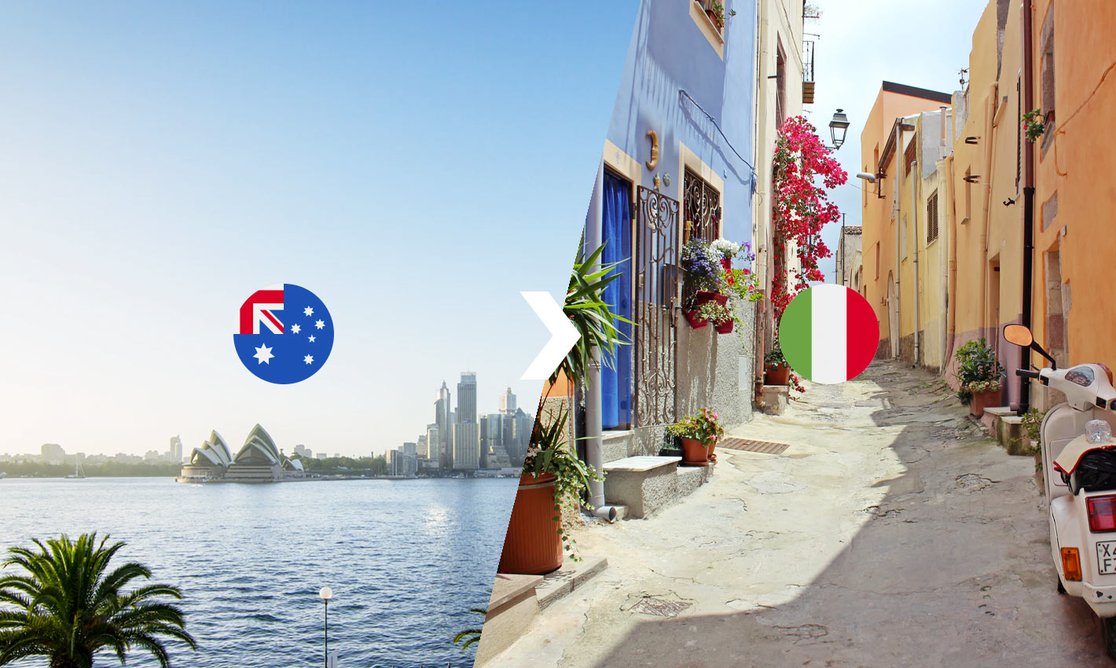 Whether you're offering financial support to family members living abroad or paying overseas freelancers or employees, moving funds between Australia and Italy is easy. The hardest part is finding the best deal.

This guide can help you find the right money transfer service to send funds quickly and without breaking the bank.

Need to transfer money to Italy from Australia?

Still not sure which to use? Compare more money transfer services here.

With more than 174,000 Italians living in Australia and a relatively large Australian expat community in Italy, the most common reason people transfer money to Italy is to send funds to family, or to provide financial support to family members living abroad.

Buying property and investing in real estate are other common reasons, but people have other motives as well, including:

Businesses and individuals can send any amount of money to Italy from Australia. Both countries monitor international transactions in and out of the country, and larger amounts may trigger controls in either country.

Entrepreneurs moving funds for an investment won't be taxed on the transferred amount. On the contrary, they could be eligible for a tax credit of up to 40%.

Individuals living in Italy as residents may have to pay tax on the amount received, depending on who sent it and the purpose.

The Italian law has generous allowances for money received from immediate family, but if you want to send money to a cousin or friend, they will have to declare and pay tax on any amount received.

How much money can you send to Italy from Australia?

Legally, you can send any amount of money, but your bank or money transfer service could impose limits.

Most Australian banks limit international transfers to $5000 on personal accounts. Some even have lower default limits that don't exceed $2000 per transaction. Most banks will allow you to transfer larger amounts if needed, but you will have to visit the branch and pay higher fees.

Some money transfer services also have limits, but these limits are much higher. For instance, Wise has a limit of €165,000 per transaction.

Business bank accounts have higher limits, but most banks will allow you to manage them. Even so, using a money transfer service could still be faster and cheaper.

How much does it cost to send money to Italy through a bank?

Banks generally charge high international transfer fees, but some banks have fees as low as $6 per transaction, as long as you're sending money from your internet banking account. Sending money through your branch costs about $30, on average.

Some money transfer services could be more expensive than your bank if you send large amounts, but cheaper and faster for smaller transactions.

Wise, for instance, is an excellent choice if you're sending $1000 or less, but it could be more expensive than your bank for higher sums.

Many money transfer apps charge no fees but apply a margin to the currency exchange rate to make a profit. Even so, they are still cheaper and faster than a bank.

What to compare to get the best deal

Getting the best deal when making international money transfers seems daunting, but it all comes down to five essential factors: