How does Banksy make money? 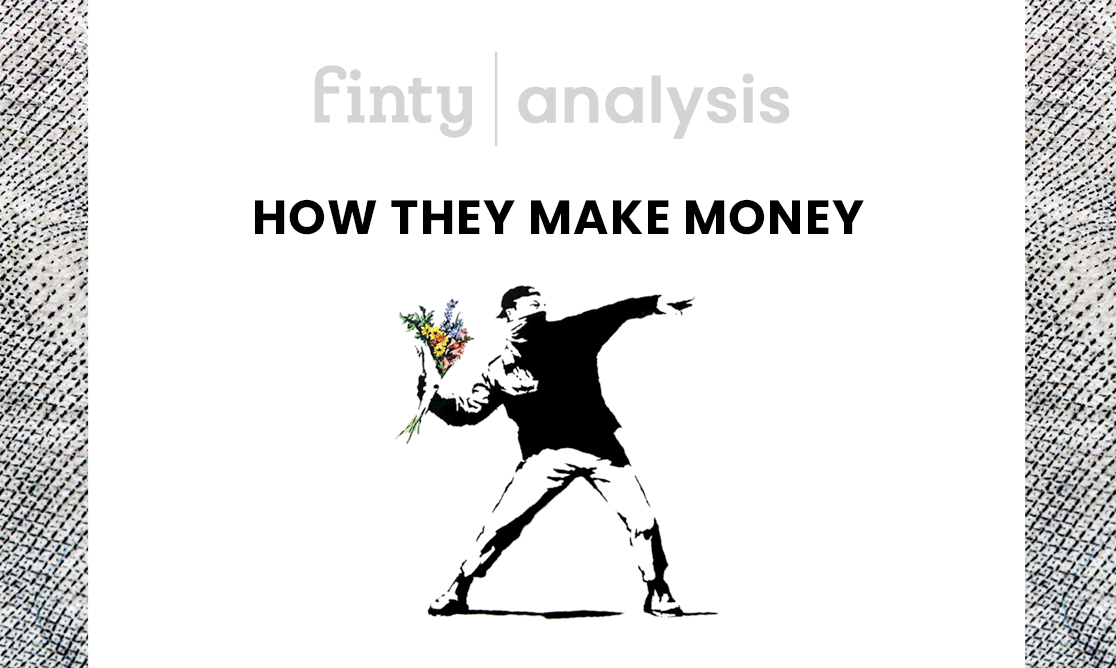 Banksy is one of the most renowned street artists in the world. The pseudonymous street artist specializes in satirical street art and has been active since the early 1990s. Due to his one-off artworks, Banksy has played a huge part in keeping the visual arts industry afloat during the COVID-19 pandemic.

Though Banksy’s artworks sell for millions of dollars in the secondary market, the pseudonymous artist continues to maintain his anti-elitist rhetoric by selling his work under the market value. Despite the artist’s anonymity, he earns a substantial income from the art he sells directly.

It’s not just his identity that has been the subject of speculation for over three decades. Some educated guesses have also been made regarding his income i.e. how does he profit off his art and how much money he makes.

What does Banksy do?

Banksy specialized in satirical street art incorporating agitational or subversive quips. His artworks combine gallows humor with graffiti. All his artworks are executed in a unique stenciling technique. Banksy is so much more than just a street artist ‒ he is a political activist who gives voice to his political and social thoughts through art.

From Manhattan to the Gaza Strip, his politically-charged artworks are found on streets, walls, and bridges all over the world. Some of his stencil murals like Balloon Girl have gained him a huge cult following worldwide. He has fashioned several cult classics, including Love is in the Bin, Game Changer, Bomb Hugger, and Umbrella Girl.

Banksy’s art is displayed on publicly visible surfaces, particularly walls. He also displays self-built physical prop pieces. Though Banksy does not sell reproductions of his art in any form, he has self-published a bunch of books that incorporate his writing and photographs of the artwork he has done on the street and canvases. However, his public installations are frequently sold by property owners or art dealers.

How does Banksy work?

Banksy stencils to create his art, perhaps because stenciling is a faster way to paint and he wants to maintain his anonymity. Banksy creates all his pieces with significant assistance. Most of his art projects are performed during the night with tarps to cover the area. The scaffolding is used to make people think that the area is under construction. He uses pre-cut stencils to paint rapidly and leaves without being noticed. In addition to stenciled art, Banksy paints canvases and sculptures.

How does Banksy make money?

Banksy makes money by selling prints of his artwork. Though most of his artwork is sold in the secondary market by people who buy it in the primary market (via sales that are overseen directly by the artist), Banksy does not profit off these sales.

Pictures On Walls (POW) was a website that sold prints of street artwork at affordable prices. Banksy made money by selling prints of his artwork through this website until it shut down in 2017.

After the closing of Pictures On Walls (POW), Banksy started selling his art on Pest Control, a website dedicated to verifying alleged Banksy artworks. Pest Control is the sole point of sale for Banksy’s new artwork. However, new works of Banksy are very rare. The website was originally launched in 2008 to prevent knock-offs of Banksy’s work circulating in the market.

In addition to art, Banksy makes money by selling self-published books that incorporate photographs of his work and some of his own writing. His book Wall and Piece became a best-seller. His documentary Exit Through The Gift Shop got him an Oscar nomination.

Though Banksy’s works have always been at the forefront of street art, there are other street artists whose works have garnered as much love and attention as Banksy’s. Here are some of the top competitors of Banksy: