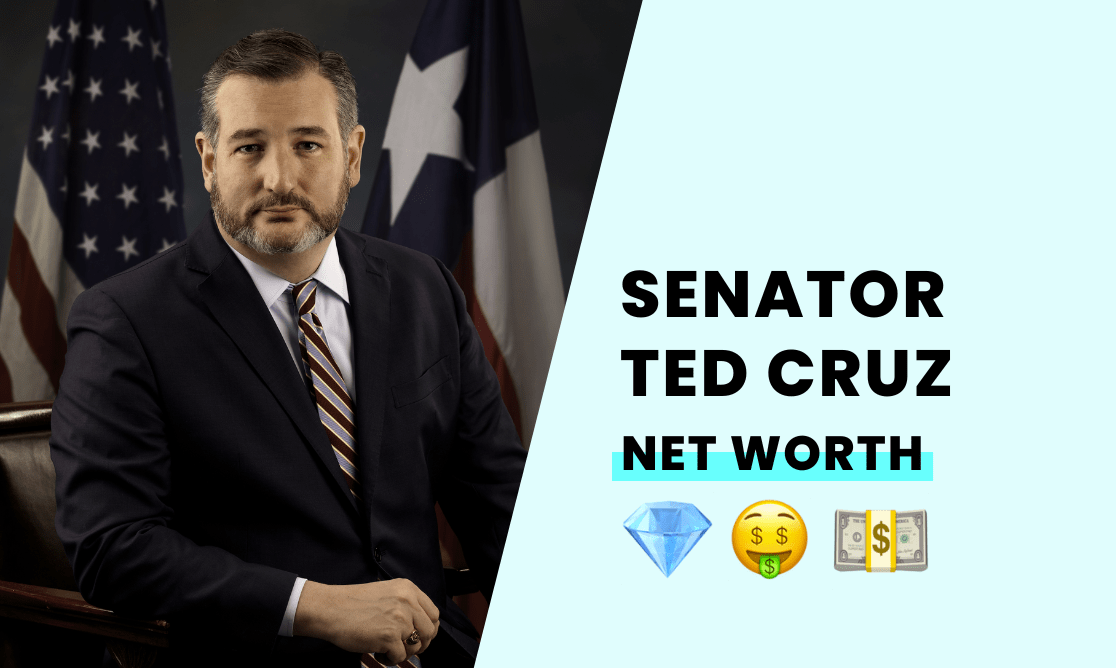 The senator for the great state of Texas is one of the most well-known in the US.

He is a very influential figure in American public life with a strong background in the law and a powerful following amongst conservatives.

He attended Harvard Law School from which he graduated and went on to become a lawyer.

He began clerking in the courts and became the youngest, longest-serving solicitor general in the history of Texas.

Ted took an interest in politics, which eventually led to his position as U.S. Senator.

How did Ted Cruz build his net worth?

Cruz has been at the top of his game in law and politics since the mid '90s, collecting top salaries throughout his career.

He was hired to work on the George W Bush presidential election campaign in 1999. After staving off the vote count challenge from Al Gore, he served in the Bush administration in roles for the DOJ and the FTC.

He practiced private law for a big firm until his successful run for U.S. Senator in 2012, just when the Tea Party began to rise to prominence.

After failing to win the Republican Party's nomination for President in 2016 – to none other than Donald J Trump – Cruz put his differences aside and became a trusted public supporter of the Trump administration.

Ted has also built up an investment portfolio that includes mutual funds, individual stocks in energy oil and gas companies, and a vested retirement plan from previous employment at a law firm.

He and his wife have a modest real estate portfolio, but as a whole, it does not make up the bulk of their income.

Ted Cruz's ability to grow his fortune is limited as a public servant. The bulk of the family’s net worth can be traced back to his wife and her position as an investment banker for Goldman Sachs.

How has Ted Cruz spent his wealth?

Senator Cruz and his wife, Heidi, bought their family home in Houston, Texas, in 2011. The property is worth approximately $2 million on today's market.

How rich is Ted Cruz?

We estimate that his personal wealth could be around $8 million, comprised of salary, property, and investments.

Is Ted Cruz a millionaire?

Yes, Ted Cruz is a millionaire.