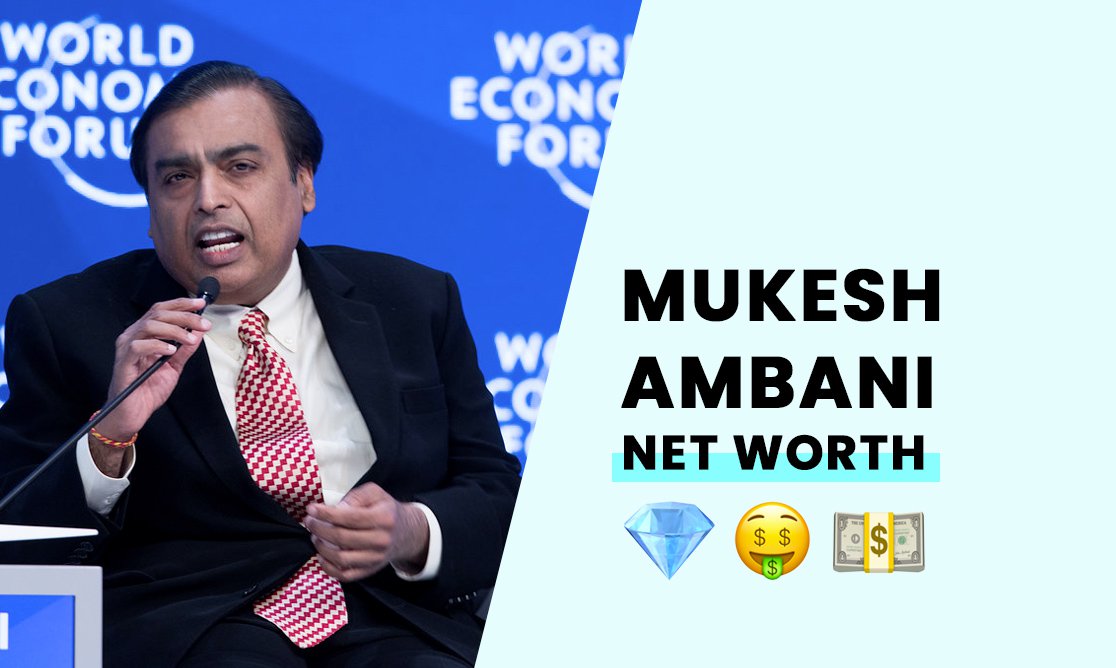 The estimated net worth of Mukesh Ambani is $100 billion.

Ambani is the CEO and owner of Reliance Industries, one of the world's largest oil refining complexes.

The Mumbai-based conglomerate has other businesses across India, including a 4G wireless network. He also owns a residential property portfolio worth more than $400 million, and he is the owner of the IPL cricket team, the Mumbai Indians.

Born on April 19, 1957, in the British Crown colony of Aden, Mukesh Dhirubhai Ambani has a brother and two sisters. The family moved back to India from Yemen in 1958, and Mukesh's father found work as a trader in spices and textiles in the city of Mumbai.

How did Mukesh Ambani build his net worth?

In 1980, Ambani's father would outbid the competition for the rights to start a polyester filament yarn (PFY) manufacturing business. After receiving the license, Ambani would pull Mukesh out of his MBA program at Stanford to help him run the business.

Following his father's stroke in 1986, Mukesh assumed responsibility for the business. Mukesh would go on to run the company with his brother, Anil.

Mukesh would also set up Reliance Communications Limited, focusing on information and communications technology (ICT) programs and initiatives. At 24, Ambani took charge of the construction of the Patalganga petrochemical plant.

Following his father's death in 2002, Mukesh went into a feud with his brother over his father's estate. His mother intervened in the issue, splitting the company between the two brothers. Mukesh retained control of Reliance Industries Limited and Indian Petrochemicals Corporation Limited in 2005.

Ambani founded the largest petroleum refinery in Jamnagar, India, in 2010. The facility has a capacity of refining 660,000 barrels per day. Ambani continued to expand his business empire through multiple partnerships and acquisitions over the coming decade.

He partnered with Bharti Airtel to set up India's 4G network, investing Rs 1.8 trillion in Indian businesses over the following three years. His broadband services went live in 2015.

Ambani won the award of the 5th-best performing global CEO in 2010 by the Harvard Business Review. In 2018, a study revealed Ambani's net worth could cover the costs of running the entire Indian government for 20 days.

Ambani makes it to the world's richest list consistently. He has had billionaire status since 2010. In July 2018, he surpassed Jack Ma as Asia's richest man. In 2022, Gautam Adani overtook that position.

Mukesh says he gets his father's keen business instincts and risk appetite. He says he is not afraid to stand up to anyone in business, a lesson he learned from dealing with his brother's involvement in splitting up his father's estate.

How rich is Mukesh Ambani?

With a reported wealth of more than $100 billion, Mukesh Ambani is one of the richest men in the world and a titan of the petrochemical refinement industry.