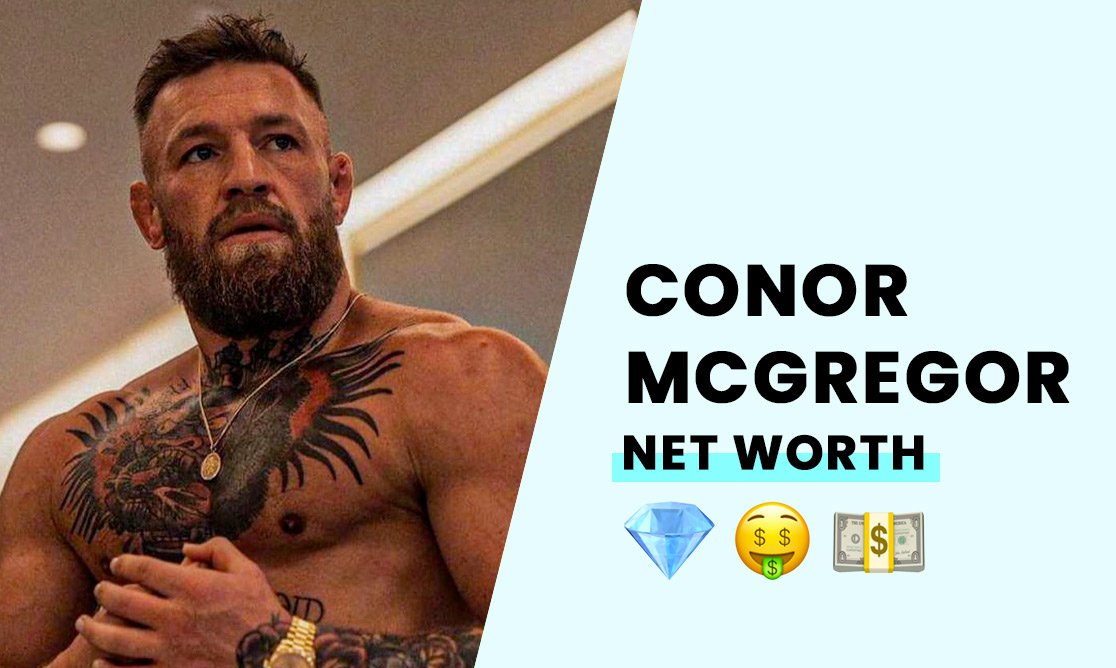 The estimated net worth of Conor McGregor is $200 million.

As one of MMA's biggest stars, Conor McGregor built his fortune by competing in the UFC and Cage Warriors, two of the world's elite MMA leagues.

Born on 14 July 1988, Conor McGregor is the biggest MMA star to come out of Ireland. He is one of the most famous names in the sport, with a huge fan base.

The fighter grew up in Crumlin, Dublin. Before finding his love for MMA, Conor was a keen footballer (soccer player), playing club football for Lourdes Celtic Football Club. Conor started boxing at age 12 at the Crumlin Boxing Club. He initially started training to fight off bullies and protect himself.

He went to primary school at the Gaelscoil Scoil Mológa, in Harold's Cross, and spent his high school years at Gaelcholáiste Coláiste de hÍde in Tallaght.

Conor didn't make it to university, as he started fighting at a young age.

How did Conor McGregor build his net worth?

On 17 February 2007, Conor McGregor stepped into the cage for his first-ever amateur MMA match against Kieran Campbell. The fight was part of the "Irish Ring of Truth" promotion in his home city of Dublin.

After winning the battle by knockout in the first round, McGregor decided to turn professional, signing up with the Straight Blast Gym in Dublin under legendary trainer John Kavanagh.

However, it wasn't until 2013 when Conor would get his big break, meeting with Dana White, the head of the UFC.

His UFC career began on 6 April 2013 when he fought Marcus Brimage. McGregor won the fight by knockout in the first round.

Conor's UFC career was nothing short of spellbinding, becoming the first fighter to hold belts in two weight divisions at the same time.

He earned millions during his UFC career and was the originator of the "super fight."

His biggest payday came when he fought Floyd Mayweather. Conor received a $30 million guarantee for the fight but ended up walking away with a total purse of $84 million thanks to pay-per-view royalties.

Conor used these funds to start his whiskey label, "Proper Twelve," a business that Conor expects to propel him to billionaire status in the coming years.

Conor claims he gets his winning attitude from his dedication to self-mastery. The fighter is a big believer in "The Secret," a book written by Rhonda Byrne, and he believes that his thoughts control his actions. He says he attracts what he wants into his life through the power of his mind.

How rich is Conor McGregor?

With an estimated fortune north of $200 million, Conor McGregor is the wealthiest MMA fighter. His net worth is expected to grow because on the back of his whisky brand.

Is Conor McGregor a millionaire?

Conor McGregor's status as a millionaire is secure.

Is Conor McGregor a billionaire?

Conor McGregor has amassed a significant net worth but is not yet a billionaire.

Conor McGregor is not broke and has not been bankrupt.

Conor McGregor does not come from a rich background and was not born rich.