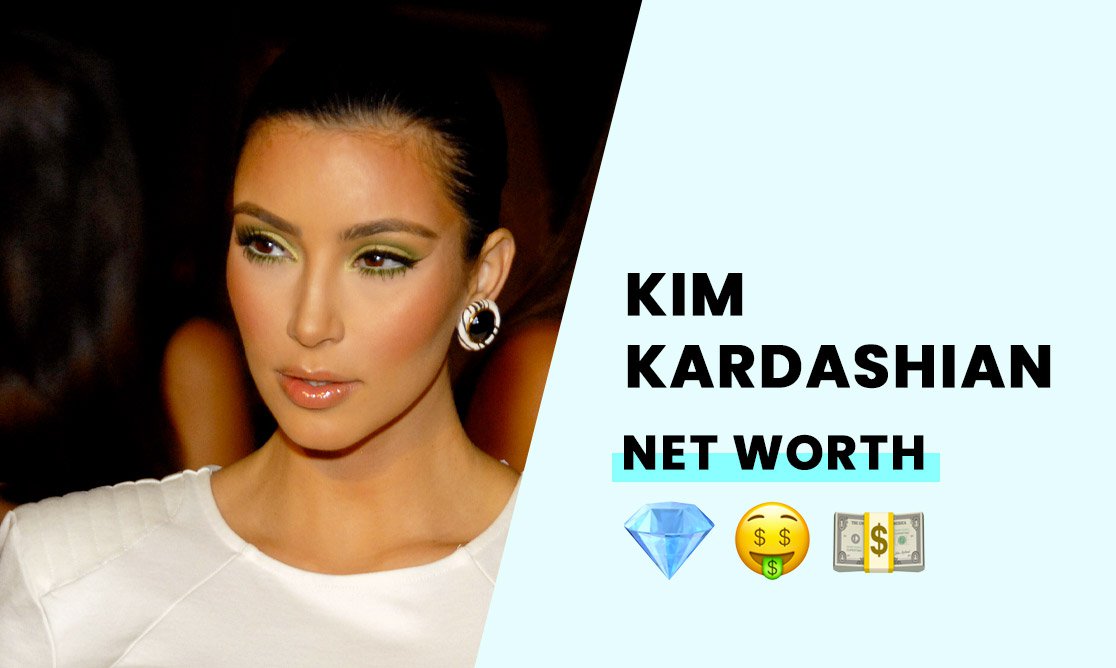 The estimated net worth of Kim Kardashian is $1.2 billion.

Kim Kardashian cracked the Forbes World Billionaires list for the first time in 2021. She rose to fame after a sex tape in which she appeared leaked online. Prior to the tape's release, Kardashian was best known as Paris Hilton's best friend. Her newfound fame led to the smash-hit reality TV show "Keeping Up with the Kardashians."

Born in Los Angeles, California, on October 21, 1980, Kimberly Noel Kardashian is the oldest and most famous of the Kardashian family. She grew up in Los Angeles with her sisters, Kourtney and Khloé, brother Rob, and her parents, Robert and Kris Kardashian.

Her parents divorced in 1991, with her mother remarrying in the same year to Bruce Jenner, the Olympic decathlon medalist. Kim gained three step-brothers: Burton, Brandon, Brody, a step-sister Casey, and her half-sisters Kylie and Kendall Jenner.

Kim attended Marymount High School, a Catholic all-girls school in LA. She graduated with her diploma.

How did Kim Kardashian build her net worth?

Kim was a close friend of Paris Hilton in the early 2000s, making appearances on her TV show, "The Simple Life," between 2003 to 2006. However, she rose to international infamy after the release of her sex tape in 2007.

Kim filed a lawsuit against Vivid Entertainment in an attempt to stop them from releasing the tape. She settled the suit for $5 million and let Vivid release the video anyway. It was the perfect publicity stunt to promote her upcoming TV reality show, "Keeping Up with the Kardashians."

October 2007 saw the show's debut on the E! entertainment channel. It was a hit across the world, with millions tuning in to see what Kim and her family would get up to each week.

Kim later appeared in the Hollywood movie "Disaster Movie" and made an appearance on season seven of "Dancing with the Stars." She also made a cameo appearance in the TV series "How I met your mother" and played the character "Elle" during four episodes of "Beyond the Break." Kim also released a DVD set of workout videos.

After years of personal brand promotion, her huge social media following has driven her growing net worth. With millions of fans, a product endorsement from her costs at least 7 figures.

"KKW," her cosmetics and fragrance brand, and "SKIMS," a brand of shapewear and loungewear, are successes in their own right, adding millions to her net worth.

Kim Kardashian claims that she enjoys sleeping in and taking it easy with her family. She attributes her success to her quick mind and savvy business skills, and she's the matriarch of the Kardashian family. You can read more about her routine here.

I love when people underestimate me and then become pleasantly surprised. ~Kim Kardashian

How rich is Kim Kardashian?

With a net worth of $1.2 billion, Kim Kardashian is one of the richest women in the world. Her family members are all multi-millionaires, capitalizing on their social media fame to grow their family wealth.

Although she divorced her husband, Kanye West, in 2021, there are no details on divorce settlements.

Is Kim Kardashian a billionaire?

Yes. Kim Kardashian was born into a wealthy family. Her father, Robert Kardashian, was a prominent attorney with a net worth in the tens of millions.