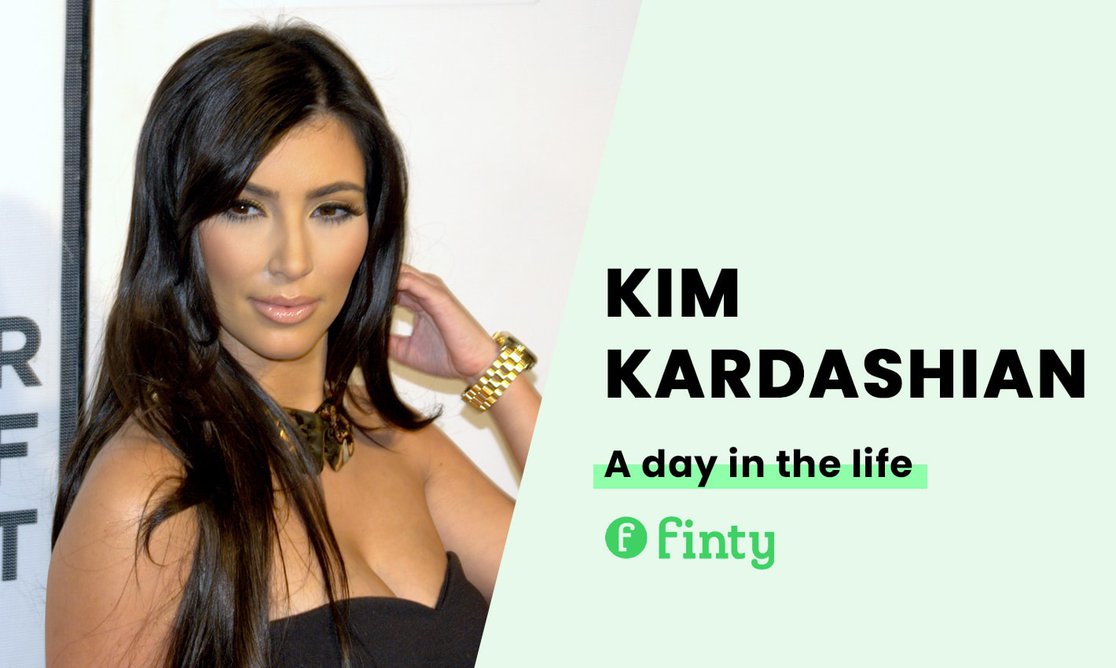 “Keeping Up with the Kardashians” was a surprise smash hit on cable. At the center of the Kardashian family is Kim. Born Kimberly Noel Kardashian on October 21, 1980, this LA starlet is the daughter of the infamous attorney, Robert Kardashian, who handled the OJ Simpson defense during his murder trial.

Kim shot to superstardom after the release of her 2007 sex tape, featuring her boyfriend at the time, Ray J. Over the last decade or so, Kim developed relationships with other celebs like Paris Hilton. With her new-found fame, Kim decided to launch the longest-running reality show in TV history. Known for her voracious work ethic, Kim Kardashian has amassed a huge fortune.

Kim is an icon of femininity, and she has an army of adoring fans, with more than 260 million followers on Instagram. So, what does the daily routine of this mega influencer look like?

Kim starts her day at 8 am. Since she’s a socialite, she usually has longer evenings and shorter mornings. However, during COVID, things changed in her evening routine as the city went into lockdown.

Kim says she likes being around the house when her daughter wakes up, usually around 8 am. She says that the morning is her favorite time of day to be around her daughter, and rarely misses it.

Typically, her breakfast consists of oatmeal and scrambled eggs or a protein shake and some fruit. Kim says she likes to get breakfast down before her daughter wakes up.

If she is up in the kitchen before her daughter, she’s always checking the baby monitor to see when her daughter is awake. Before Kim and her husband, Kanye West, divorced in 2021, she would hire a chef to come into her home and prepare all their meals for the day.

Kim says she managed to chase away the baby weight using a specialized diet from her nutritionist, with her meal plan changing every 10 days to keep things interesting.

At 9 am, Kim will take a leisurely bubble bath. When she doesn’t have time to relax in the bath, she’ll shower instead. After her bath, Kim does her makeup and dresses for the afternoon. If she’s filming, she’ll do her makeup and hair at the house, which takes around 90 minutes.

If he didn’t get her breakfast earlier, she’ll eat now and check her emails before launching into the afternoon's shoot or work schedule.

When she isn’t filming, Kim sets her meetings for the afternoon. Typically, she’ll do around two to three a day on non-filming days. Kim’s successful clothing line, SKIMS, means she’s got plenty of business to handle during the afternoon.

After her first meeting, she breaks for lunch, which can be anywhere between 1 pm to 3 pm. Her personal chef prepares her a healthy lunch, usually featuring chicken or fish and some vegetables.

After lunch, Kim will attend afternoon meetings. However, if she’s not shooting or working, she’ll spend time communicating with her family (Kourtney, Khloe, Kylie, and Kendall) through text. The Kardashians have a group family text, and they all contribute.

Kim isn’t a coffee drinker, but she does admit she enjoys a glass of sweet, iced tea. However, she had to give it up because she was using too much sweetener.

Kim wraps up her day around 6 pm or 7 pm. In the evening, she’ll hang out with the family while her chef prepares dinner.

Dinner is another healthy meal featuring chicken or fish and veggies. Kim admits she loves ice cream, and when she does treat herself, she likes a pint of Haagen-Dazs, “Dulce de Leche,” to satisfy her sweet tooth.

Before the pandemic, Kim would go out on the town a few nights a week to make an appearance on the social scene. However, 2020 saw nightlife grind to a standstill, and Kim finds herself spending her time at home.

During the evening, Kim will listen to her favorite podcasts and check her social media. She puts the kids to sleep between 8 pm and 9 pm, and then she spends the rest of the evening in bed, working on her laptop.

Kim says she doesn’t watch much TV in the evenings, and when she does, it's Dateline NBC or crime stories. She also admits to having an addiction to searching eBay and checking on her auctions or choosing fabrics for her next garment line.

Before Kim heads to bed at 11 pm, she removes her makeup and puts her hair up. She says she’s a sound sleeper and doesn’t have any issues falling asleep.