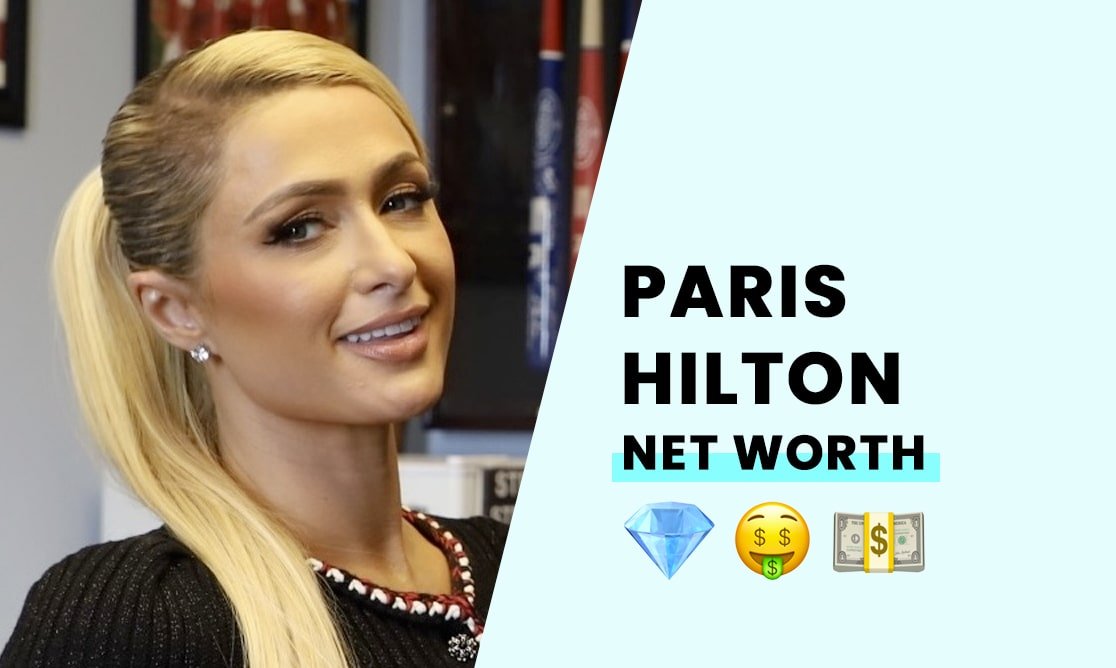 Paris Hilton's net worth is estimated at approximately $300 million.

How did Paris Hilton build her net worth?

The great-granddaughter of Conrad Hilton, the hotel magnate, around $6 million of Paris Hilton's net worth was largely inherited. The rest of her estimated $300 million net worth came from her work as a model, actress, and entrepreneur.

While in elementary school, Paris modeled and was signed to agencies such as T Management and Ford. This income stream has continued into adulthood. As a result, she was nicknamed "New York's Leading IT Girl" in 2001.

In her heyday, Paris was paid massive amounts to appear at high-profile functions and could command up to as much as $1 million to show up. She was paid that amount for appearing in a Kim Jang Hoon music video.

Paris is not just a pretty face. She has several lucrative endorsements and built an empire in retail with worldwide reach. Her DTC line of branded handbags, perfume, clothes, and accessories surpasses $4 billion in total revenue globally.

But her most lucrative income stream is a range of Hilton-branded fragrances that have raked in billions of dollars for her. Hilton's cut? 20-30% of profits. That kind of performance would make even the Kardashians proud.

Paris Hilton and Nicole Ritchie starred in a reality TV show called "The Simple Life." A top-rated show, it aired for three seasons on Fox and was picked up by E. It is reported that Paris earned a whopping $5 million per season, but that is not confirmed. Whatever she was paid, she didn't do it for free.

How has Paris Hilton spent her wealth?

Paris, by no stretch of the imagination, could be called thrifty. She makes it, and she spends it. A lot.

She pays to fly on a private jet wherever she needs to go in the world.

Unsurprisingly for the hotel heiress, Hilton owns various mansions and a penthouse. No expense was spared in decorating and furnishing them either. Her penthouse in a prestigious area of New York is worth $4.9 million and she splashed out $8.4 million to buy a 3,000-square-foot three-bed, three-bath Malibu mansion in 2021.

Her favorite color is pink, so she spared no expense customizing her fleet of cars, including a $300,000 California Spyder Ferrari and a Barbie-pink Bentley Continental GT. A McLaren MP4-12 Spider and a McLaren 650 S, along with a Rolls Royce Ghost are just a few others in her expensive, one-of-a-kind automobile collection.

Hilton is a clothes and style guru, so who is surprised that her walk-in closets are packed with shoes, clothes, accessories, and handbags?

Paris's beloved dogs live in the lap of luxury. She treats them like her children and spared no expense in building a $350,000, two-floor dog mansion with air conditioning and chandeliers. They say it's a dog's life.

How rich is Paris Hilton?

Paris Hilton's net worth is estimated at $300 million.

Yes, Paris Hilton certainly was born into a rich family. However, most of her fortune has been earned through her modeling, endorsements, DTC product sales, branded perfumes, and DJing.