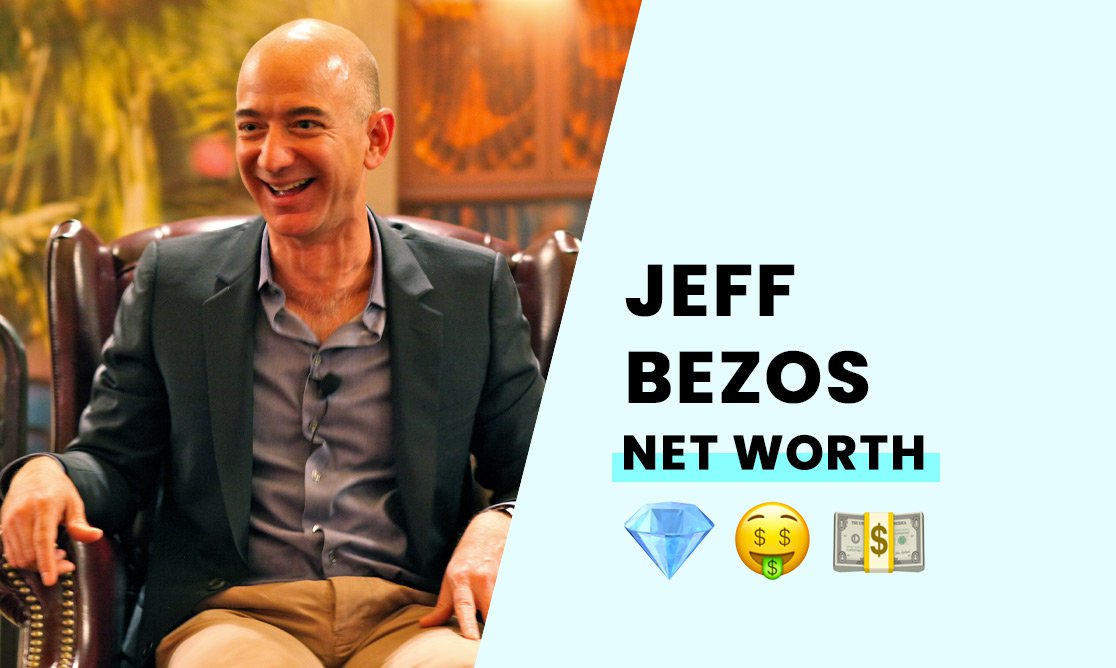 The estimated net worth of Jeff Bezos is $204 billion, the majority of which is from his holding of Amazon stock.

Jeffrey Preston Bezos was born on January 12, 1964, in Albuquerque, New Mexico, in the United States, to parents Jacklyn and Ted Jorgensen.

Jeff's parents divorced in 1969, with Jacklyn remarrying Miguel "Mike" Bezos. Jeff decided to take his stepdad's name instead of his real father’s name, and the rest is history.

With degrees in electrical engineering and computer science, Bezos went to work for several investment banks in his early career before dropping out of the game to found Amazon.

How did Jeff Bezos build his net worth?

Jeff Bezos is the founder of Amazon, the world’s largest and most successful online marketplace. He started the company in 1994 after quitting his job with an investment bank and moved to Seattle, Washington, where he founded Amazon as a virtual bookstore.

25 years later, Bezos is one of the richest men in the world thanks to his holding of Amazon stock.

While Amazon launched as a bookstore, it quickly diversified into other categories. The company charges fees and commissions to sellers to market products on its website, which is its primary source of revenue. Amazon Web Services — a lucrative cloud computing platform that powers much of the web — contributes a growing share of the company’s profits.

The coronavirus pandemic years were incredibly profitable for Amazon and Bezos: the billionaire saw his personal fortune rise by approximately $20 billion in the 24 months between 2020 and 2021.

Bezos' net worth took a substantial hit when he and his wife, MacKenzie Scott, parted ways in 2019.

Jeff Bezos remains relatively private and stays away from the media. He's known for rising early, and when he was living with Mackenzie, he would cook breakfast for his kids in the morning and read the paper before doing the dishes — that's right, a billionaire doing the dishes.

It's unclear how he operates with his new wife, Lauren Sanchez.

Bezos gets to the office around 11 am on a typical workday and leaves at around 3 pm. He tries to turn in early by 11 pm.

How rich is Jeff Bezos?

Jeff Bezos is worth $204 billion and growing, making him one of the richest men in the world. To get a handle on just how wealthy he is, around 39 million people on the average US salary of $52,000 would have to work for a whole year to earn as equal Jeff Bezos' net worth.

Is Jeff Bezos a millionaire?

Jeff Bezos has a net worth of $204.2 billion, which is more than enough to secure millionaire status.

Is Jeff Bezos a billionaire?

Jeff Bezos is one of the biggest names in the billionaire club and ranked near the top of the world's richest with the likes of Elon Musk, Bill Gates and Warren Buffett.

Jeff Bezos is not and has not ever been bankrupt.

Jeff Bezos did not inherit his billions. He built his net worth himself.

How much did Jeff Bezos lose in his divorce?

After a 25-year marriage to Mackenzie Scott, Jeff Bezos lost around $38 billion in the divorce settlement – 4 percent of Amazon's stock.