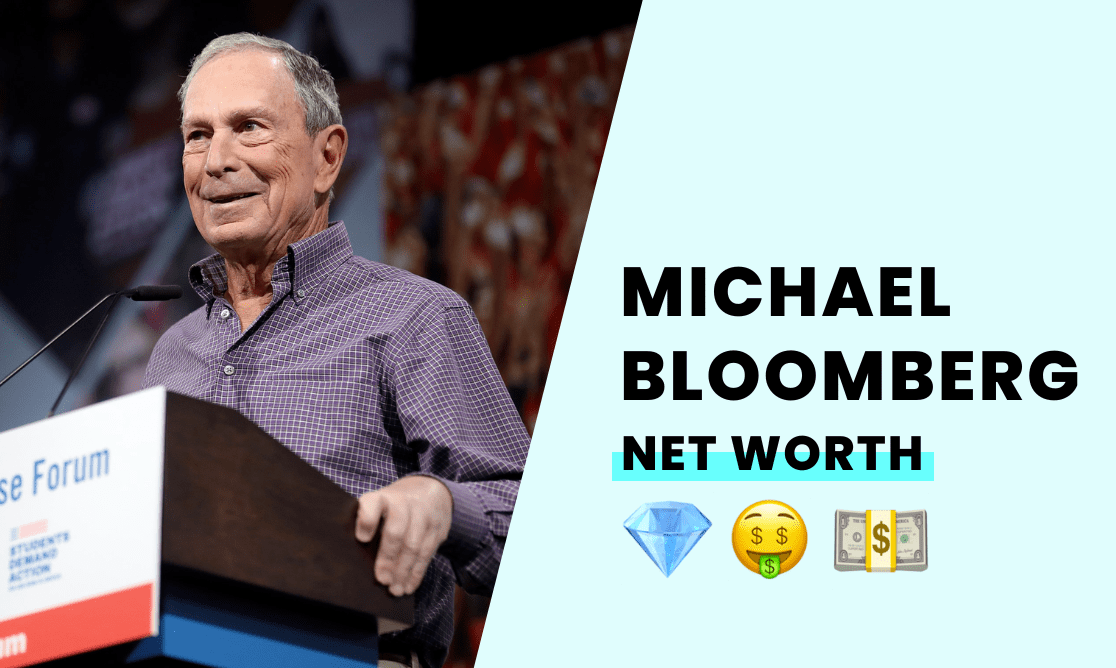 The man behind the name of Bloomberg TV and a stalwart of the business world, Michael Bloomberg's net worth is estimated to be $77 billion.

How did Michael Bloomberg build his net worth?

Michael started out in the financial service industry in the 1970s working at the investment bank, Salomon Brothers, counting stock certificates and bonds.

He became a general partner in 1976 but was demoted a couple of years later, fortuitously placing him in a department that dealt with computer technology.

The company was purchased by a trading firm in 1981, and Michael was let go with a massive $10 million severance package.

Instead of blowing through his money on a yacht or wallowing over a lost job, Bloomberg founded a company called Innovative Market Solutions - giving traders the latest information on US Treasury bond prices.

One of his earliest clients was Merrill Lynch, which later became a major investor.

Over time, the company grew into what is known as Bloomberg LP today.

The company has offices in more than 100 cities worldwide and as of 2019, recorded more than $10 billion in revenue.

In addition to the data, Michael has expanded to other industries: Bloomberg TV, Bloomberg.com, Bloomberg Magazine, Bloomberg Markets, and Bloomberg Radio are just a few of his active ventures.

Was Bloomberg in politics?

Michael Bloomberg is also active in the political sphere as a lifelong Democrat.

He served as a Mayor in New York from 2002 to 2013 through successive election campaigns.

Bloomberg also ran as a Democrat candidate for President in 2020 against a crowded primary field of contenders, including Bernie Sanders, Elizabeth Warren, Kamala Harris, Pete Buttigieg, Amy Klobuchar, Tulsi Gabbard, and Joe Biden, who went on to defeat President Trump in the general election.

Bloomberg self-funded his campaign, dropping a staggering $676 million on his unsuccessful primary campaign for only 6.8% of the Democrat caucus voters.