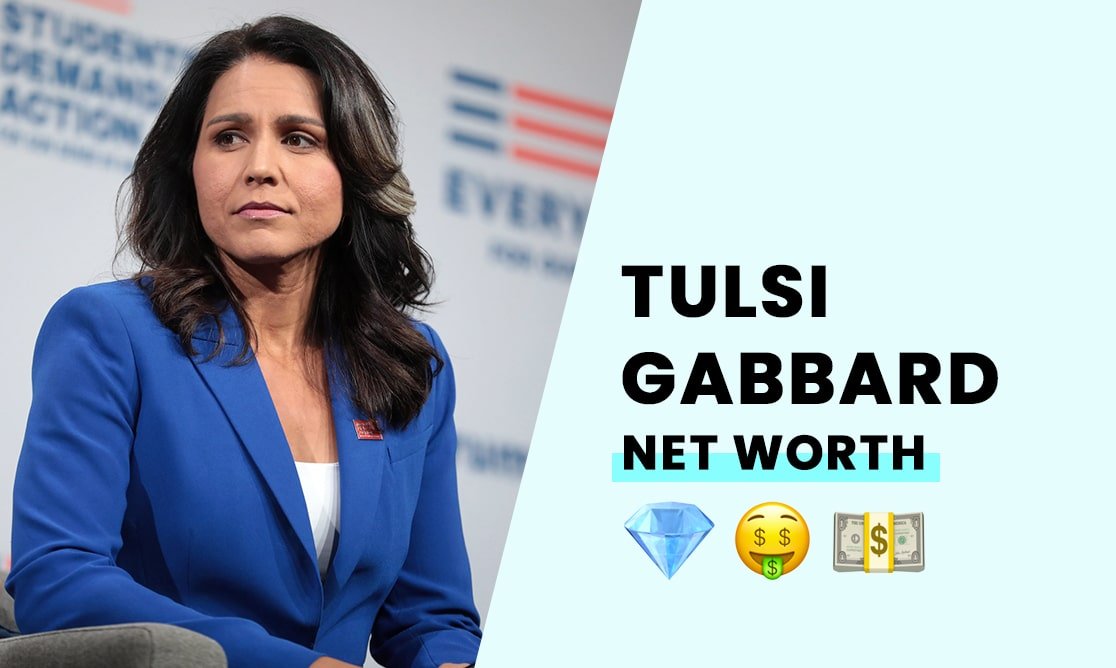 Gabbard is best known as a Democrat Party politician who effectively ended Kamala Harris' bid to win the Democrat Party's nomination for President in 2019/2020.

Her withering takedown of Kamala, and generally level-headed approach to public policy, won her more support with Republicans than she had within the Democratic Party.

Born in American Samoa, and raised in Hawaii, Tulsi Gabbard is of Samoan and European descent.

By the age of 21, she had dropped out of community college in Hawaii to run for office. She would later graduate from Hawaii Pacific University with a BS in Business Administration.

She entered politics in 2002 when she became a Hawaiian House of Representatives member.

She was also the first ever Hindu woman to be elected to Congress.

Alongside politics, Tulsi served in the US Army from 2003 onwards.

Gabbard is a veteran of the Iraq War, having been deployed to Iraq for 12 months in July 2004 as a specialist with the Medical Company of the 29th Support Battalion.

Gabbard went on to hold several other political positions throughout her career, leading to her election to Congress in 2013-2020.

While a congresswoman, Tulsi Gabbard held the position of vice-chair of the Democratic National Committee from 2013-2016.

How did Tulsi Gabbard build her net worth?

While Tulsi Gabbard has not built up as much personal wealth as some of the senior members of the Democrat Party – for example, Nancy Pelosi, Chuck Schumer, and Hillary Clinton – she has managed to leave Washington with a decent nest egg.

Her estimated net worth of $1 million has not derived solely from her most prominent roles in politics.

Gabbard served in the military, had a long political career, and reportedly made some savvy real estate moves along the way, having purchased, renovated, and sold a series of properties.

On the national stage, she ran for the Democratic nomination for President in 2019/2020. However, she ended her campaign and threw her support behind Joe Biden's bid for office.

She has published several books during her career, including her 2019 political memoir, "Is Today the Day?" Little is known about if the publisher paid an advance for the book.

It is worth noting that as a former member of Congress, Tulsi continues to collect a gold-plated pension.

According to Congressional records unearthed by Forbes, Gabbard owned a small number of stocks in big companies such as Apple and Cisco.

More exciting, Tulsi bought about a small amount of Ethereum and Litecoin on December 12, 2017, when ETH traded for around $500 and LTC for $99. It's not known if she is a HODLer.

How rich is Tulsi Gabbard?

It is estimated that Tulsi Gabbard is worth around $1 million. Just exactly how rich she is, is not clear.

Is Tulsi Gabbard a millionaire?

Most likely, Tulsi Gabbard is a millionaire.