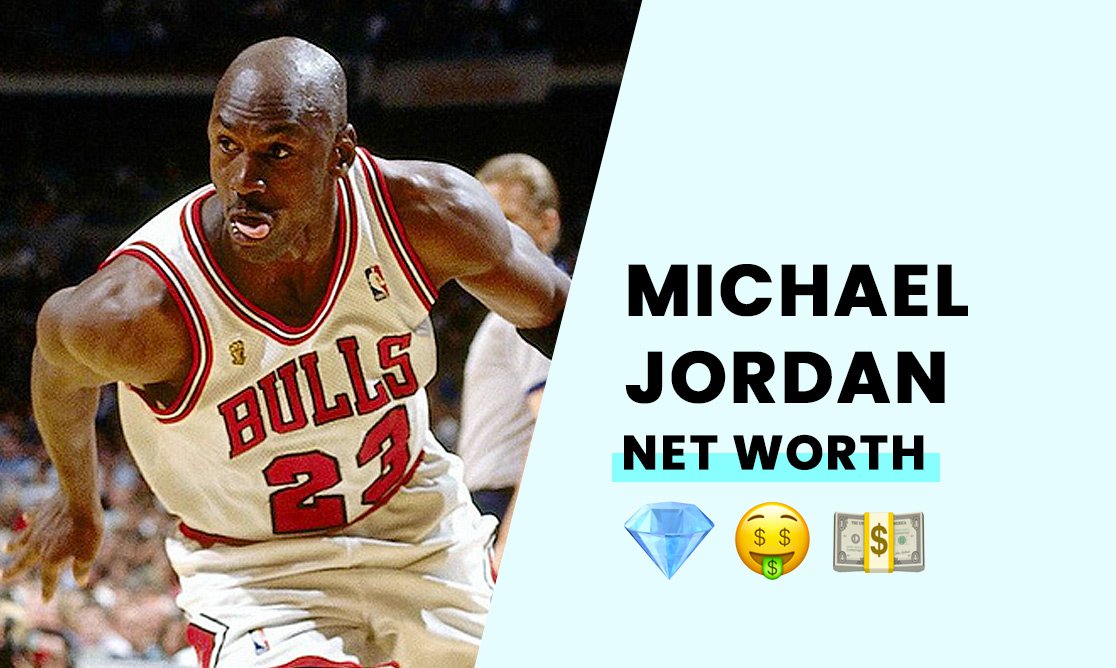 The estimated net worth of Michael Jordan is $1.6 billion.

Long before Shaq, LeBron James, and Kobe ever set foot on a basketball court, Michael "Air" Jordan dominated the NBA.

Jordan is one of the most iconic basketball players ever to grace the game, a legend who set the benchmark for all future players.

Born on February 17, 1963, Michael Jeffrey Jordan is an ex-NBA star and a businessman. Jordan's mother, Deloris, gave birth to him in Cumberland Hospital in Brooklyn, New York.

His mother was a bank employee, and his father, James R. Jordan Sr., was an equipment supervisor. In 1968, Michael moved with his family from New York City to Wilmington, North Carolina.

Michael attended Emsley A. Laney High School in Wilmington and tried out for his high school varsity basketball team during his freshman year. However, he didn't make the cut because the coach said he was too short. At the time, he was only 5'11".

As a result, Jordan became the shining star of the junior basketball team, racking up several games where he scored more than 40 points. Jordan grew four inches in the year, landing a spot on the varsity team, averaging 25 points per game.

Jordan got the nod to play in the 1981 McDonald's All-American Game, scoring 30 points. After a successful high school career, Jordan graduated with scholarship offers from Duke, Virginia, Syracuse, and North and South Carolina.

However, Jordan took a scholarship with North Carolina, where he enrolled to study cultural geography.

How did Michael Jordan build his net worth?

Michael Jordan built his net worth as a player for the Chicago Bulls NBA team. In his rookie season, Jordan was the third pick in the draft, averaging 28.2 per game with the Bulls. The December issue of Sports Illustrated that year featured Michael on the cover with the caption, "A Star Is Born."

Jordan had two stints in the NBA, but everyone will remember him for his time at the Chicago Bulls. During this stage of his career, he was in his prime. He retired from the NBA as the fifth leading points scorer of all time.

Jordan earned six MVP titles during his career, which is two more than LeBron James. However, he made the bulk of his fortune through his sponsorship deals with Nike, makers of the world-famous Nike Air Jordan.

Jordan attributes his success in business and life to his parents, particularly his mother, Deloris, who ensured that he attended school and did his homework, pushing him forward in life.

How rich is Michael Jordan?

With a fortune of $1.6 billion, Michael Jordan is the most successful legacy name in basketball. While he retired from the NBA in 2003, playing his final season with the Washington Wizards, he still loves the game. However, today, Jordan feels more comfortable on the golf course than on the basketball court.