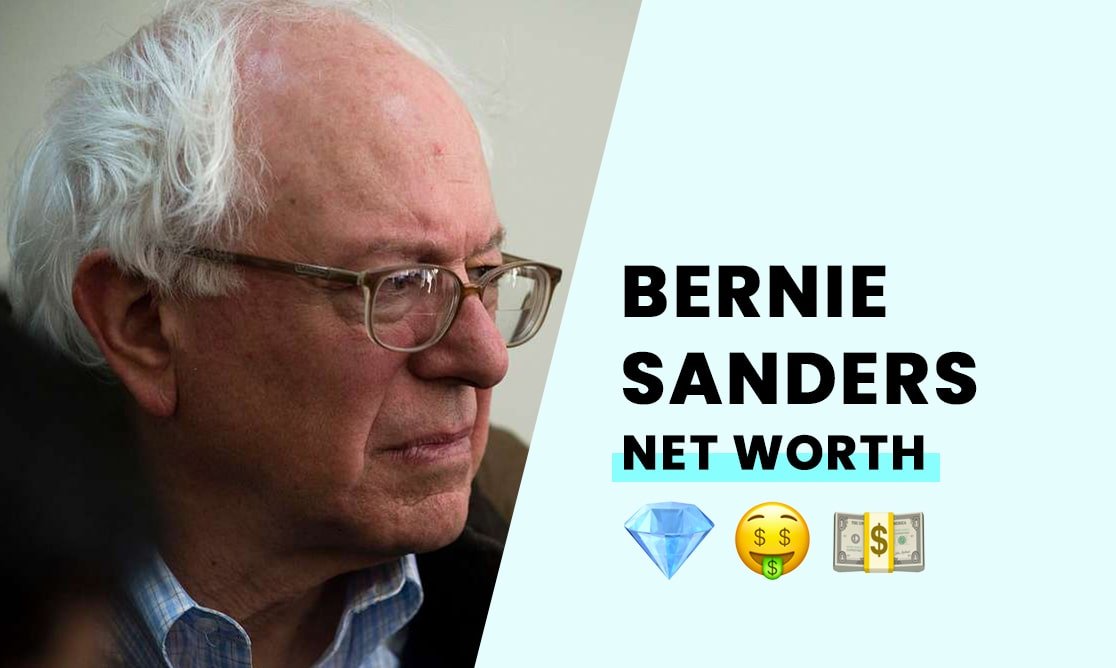 The estimated net worth of Bernie Sanders is $3 million.

Bernie Sanders, born Bernard Sanders, was born in Brooklyn, New York City, on September 8, 1941. His father was a Jewish immigrant from Poland. Sanders' mother died when he was a young child.

Sanders attended James Madison High School and later went to the University of Chicago, where he attained his Bachelor's Degree in Political Science.

When Bernie isn't in Washington or elsewhere on the road, he resides in Vermont with his wife, Jane.

How did Bernie Sanders build his net worth?

Bernie Sanders built his net worth as a career politician. He has been the inspiration for several left-wing firebrands, including Alexandria Ocasio-Cortez, Ilhan Omar, Ayanna Pressley, and Rashida Tlaib.

Since gaining notoriety in the 2018 Presidential race, Bernie took to the keyboard, writing a book a year. In all, he’s collected $1.7 million from his series of works.

His biggest seller was the 2016 publication of “Our Revolution: A Future to Believe In.”

Sanders also receives income from his government pension. After 28 years in office, Bernie earns the standard $174,000 for a Senator. As a result, he’s entitled to a $73,000 annual pension from the government when he retires from the political arena.

From his time as Mayor of Burlington, he receives a further $428 monthly city pension, worth around $50,000.

I am once again asking for your financial support. ~Bernie Sanders

How has Bernie Sanders spent his wealth?

Bernie privately owns several properties, with a colonial four-bedroom home in Burlington, which he purchased for $405,000 in 2009.

Bernie has a row house near the Capitol to keep him close to work in Washington, which he purchased for $489,00 in 2007.

To enjoy his summers, Bernie purchased another home in Vermont for $575,000 in 2016 after ending his campaign.

Bernie and his wife also have approximately $500,000 in cash and investments and three RA’s in Jane Sander's name.

His investments are much less significant than those of fellow democrats Pelosi and Schumer.

How rich is Bernie Sanders?

Senator Bernie Sanders has about $3 million to his name.

Is Bernie Sanders a millionaire?

Yes, Bernie Sanders is a multi-millionaire. He is listed on the Senate's Ethics website as a millionaire.

Is Bernie Sanders a billionaire?

No. Unlike his famous political opponent Donald Trump he is not a billionaire.

No, Bernie Sanders is not broke. Despite Bernie's longstanding fondness for Communist ideals – which would make everyone broke – and the 2020 meme where he is pictured walking the streets asking for donations to the Democratic party, he is not broke.

No, Bernie Sanders was not born into a rich. He was born into a working-class Jewish family who had immigrated to the United States from Poland.