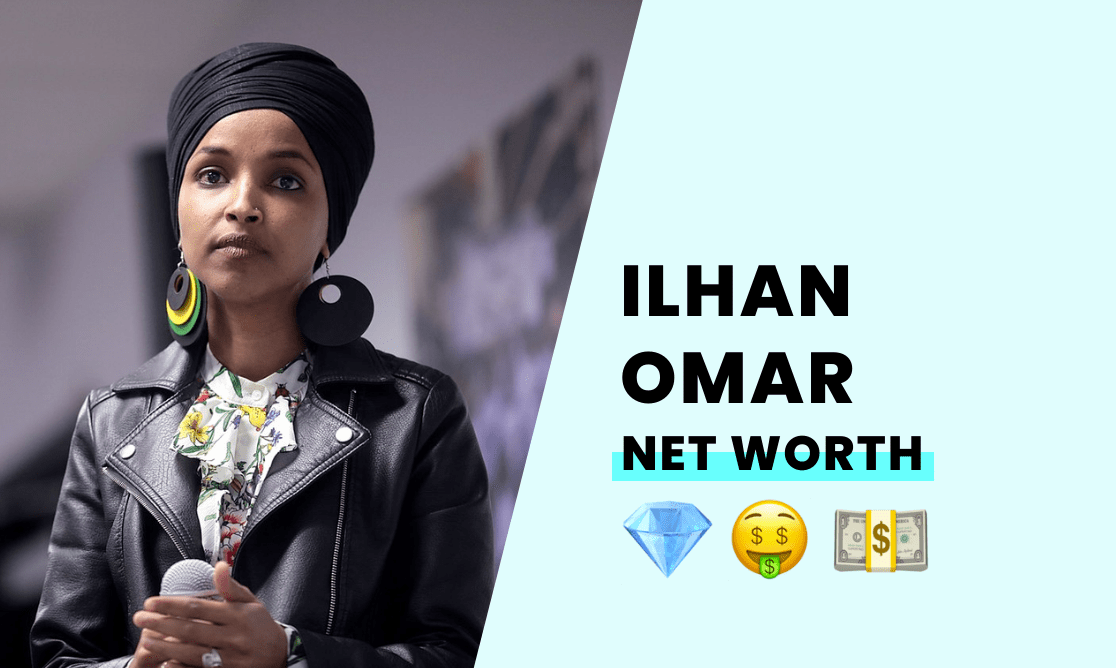 The estimated net worth of Ilhan Omar is $1-2 million.

The fiery and sometimes controversial congresswoman has found a political home and personal wealth on the vanguard of progressive policies in the Democrat party.

Ilhan Omar was born in Mogadishu, Somalia, the war-torn nation on the Horn of Africa. She has 6 siblings. She lost her mother early in life.

Her family fled Somalia's civil war when she was only 8 years old to neighboring Kenya, where they would live in a refugee camp for four years before securing asylum to enter the United States in 1997.

Omar grew up in Cedar-Riverside, Minneapolis raised by her father and grandfather.

She then earned a bachelor's degree in Political Science and International Studies from North Dakota State University in 2011.

Omar was also a Policy Fellow at the University of Minnesota’s Humphrey School of Public Affairs.

Controversially some of her political opponents have alleged that she married her brother as a way of getting him into the United States.

How did Ilhan Omar build her net worth?

Ilhan Omar charted a path into politics, first as an activist, campaign manger and policy aide within the Democratic Party, then later as a elected congresswoman for Minnesota.

In 2018 Rep. Ilhan Omar (D-MN) was one of the first two Muslim women elected to Congress.

Her earlier pay as a campaign manager is unknown however, it's likely to have been approximately $60,000 per year.

Asides from her Congressional salary Ilhan Omar may have other sources of income.

Politicians get to charge speaking fees for events.

Ilhan Omar published a book in 2020 'This Is What America Looks Like' in a $250k book deal with publisher Dey Street / Harper Collins. It chronicles her journey from "refuge to Congresswoman".

Omar may have received some money from her two divorce settlements.

CAIR was founded after 9/11 because they recognized that some people did something and that all of us were starting to lose access to our civil liberties.

How rich is Ilhan Omar?

Her net worth probably is said to be around $1-2 million.

How much does Ilhan Omar make?

According to Congress records, Omar's Congress salary stands at $174,000.

Is Ilhan Omar a millionaire?

Yes, Ilhan Omar is most likely a millionaire.