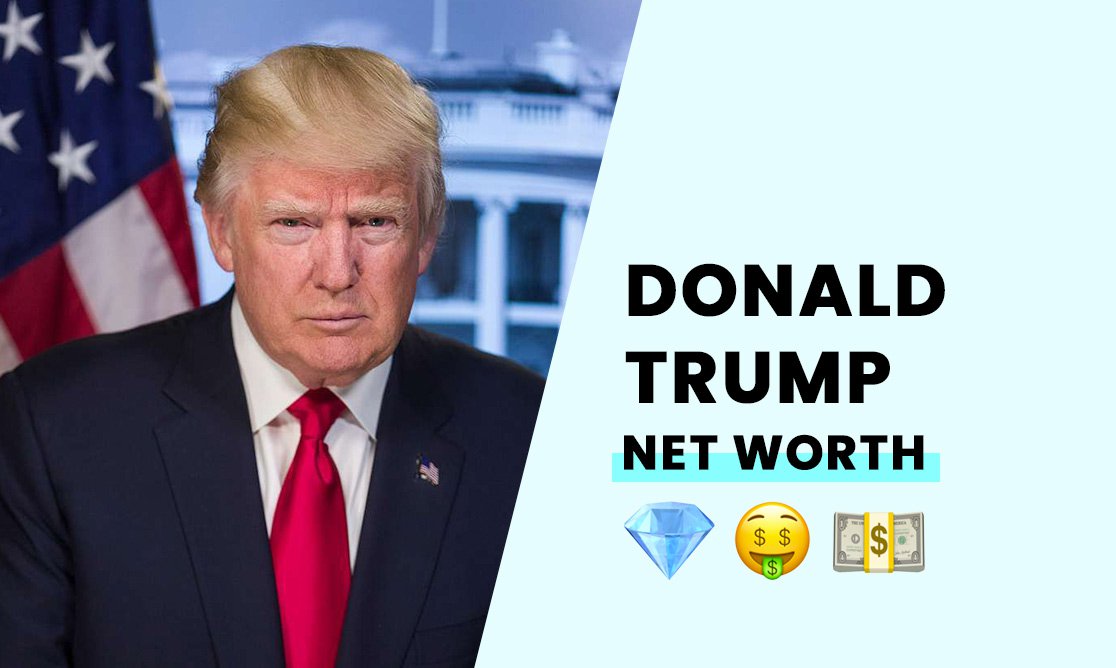 The estimated net worth of Donald Trump is $2.3 billion.

As the 45th President of the United States, Trump's term as the country's leader was the most controversial in history. According to reports, Trump's wealth plunged by a staggering $700 million while he was in office.

His father was a successful real estate developer, and Donald spent his youth enjoying a life of luxury.

Trump grew up with his older siblings Fred Jr., Maryanne, Elizabeth, and his younger brother Robert in the Jamaica Estates neighborhood in Queens.

Trump attended the private Kew-Forest School from kindergarten through to the 7th grade.

His father enrolled him in a private boarding school, the New York Military Academy, at age 13.

After graduating high school, Donald studied and achieved a bachelor's degree in economics from the University of Pennsylvania in 1968.

How did Donald Trump build his net worth?

Donald Trump built his fortune in the real estate market after taking a "small" loan of $1 million from his father to buy his first building in 1978. Trump eventually gained control of his father's real estate empire in 1981, incorporating the "Trump" brand in 1981.

Trump's first project, the launch of the "Commodore" hotel in 1978, gained him much public attention. Fred Trump facilitated the project with $400 million in funding and reopened the property as the Grand Hyatt Hotel in 1980.

1980 also saw Trump apply to build "Trump Tower," which remained his personal residence until 2019. Trump experienced financing issues and failure some ten years after his involvement in the Plaza Hotel in Manhattan. He eventually ended up losing the property to Citibank in 1995.

Trump's most famous venue outside New York is the Mara Lago resort in Palm Beach, Florida. The property is Trump's current primary residence, which he converted into a club in 1995. Before his presidential run, Trump had many ups and downs in his real estate career, including going broke, only to return to build his fortune.

During his tenure as President of the United States, Trump earned a salary of $400,000 per year, the entirety of which he donated to charity.

Donald Trump is an early riser and reportedly gets up at 5:30 am every day. The man is a machine. Despite being 75 years old, he starts making calls first thing in the morning at 6 am.

Like Margaret Thatcher, the Iron Lady, Trump survives on just four hours of sleep a night, getting to bed after 1 am on most nights.

How rich is Donald Trump?

With a fortune of $2.3 billion, Donald Trump is one of the world's wealthiest men. Digital World Acquisition Corp (NASDAQ: DWAC), his SPAC company, mooned in value after its launch in October 2021. It's unknown how much Trump netted from this deal.