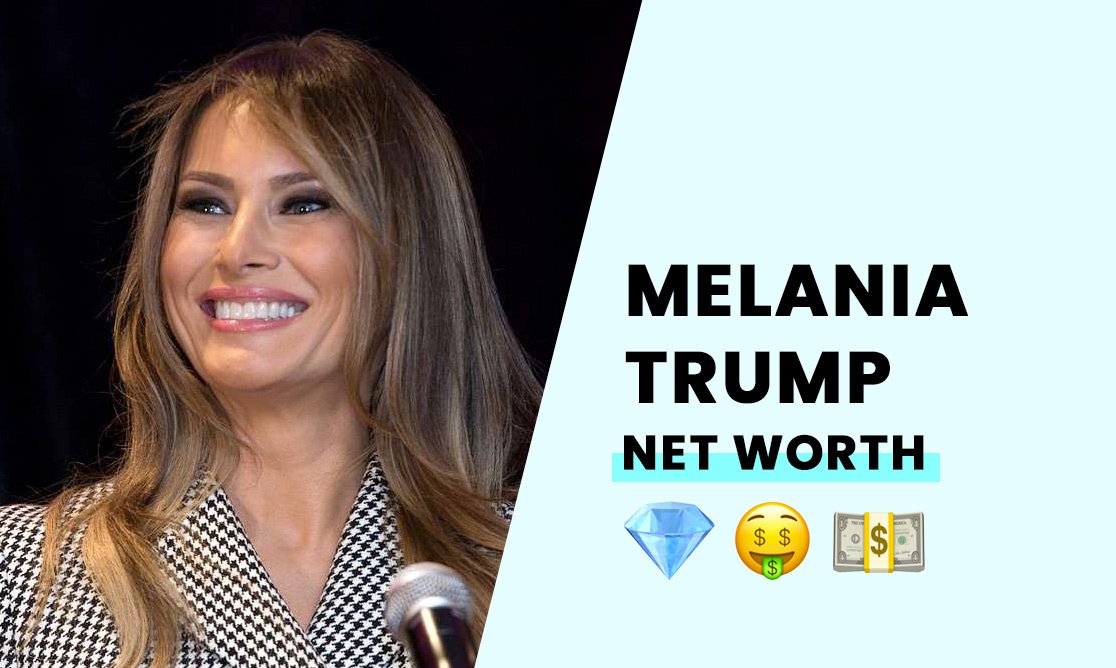 The estimated net worth of Melania Trump is $55 million.

As the wife of the 45th President of the United States, Melania Trump spends her days with her husband, Donald Trump, at their resort Mar-a-largo, in Palm Beach, Florida.

Born on April 26, 1970, Melanija Knavs (Melania Trump) spent her youth growing up in a modest apartment in Sevnica, in the Lower Sava Valley in Slovenia, then part of Yugoslavia.

Her father worked for a state-owned vehicle manufacturer, and her mother worked as a pattern-maker for a children's clothing brand.

Melania would compete in fashion shows with other children whose parents worked at the textile company. It was during this time that Melania developed her passion for the fashion runway.

Melania attended high school at the School of Design and Photography in Ljubljana. She studied design and architecture at the University of Ljubljana, but dropped out after the first year to pursue a career in modeling.

How did Melania Trump build her net worth?

Melania started work as a professional runway model at the age of 16, posing for fashion photographer Stane Jerko. She won "The Look of the Year" in 1998, with her look catching the attention of the top names in the industry. Melania signed with a modeling agency in Milan, Italy, at the age of 18.

In 1995, she met the co-owner of Metropolitan Models, Paolo Zampolli, who would eventually introduce her to her husband, Donald Trump. Melania moved to the United States in 1996, residing in Manhattan. During her career, Melania featured on the covers of many popular international fashion and lifestyle magazines.

Melania started her relationship with Donald Trump after meeting him at a real estate party in 1998. At the time, Trump was in the process of divorcing his then-wife, Marla Maples. The couple got engaged in 2004 and tied the knot in 2005.

Melania launched her own successful fashion and jewelry brand, "Melania Timepieces and Jewelry," in 2010. She also launched a second business, the "Melania Marks Skin Care Collection." She reportedly earned between $15,000 and $200,000 per year in royalties from her companies.

After her husband won the 2016 presidential election, Melania gave up her businesses.

There is not much known about the habits and personal strengths of Melania Trump. However, she is the wife of Donald Trump and a successful business owner. Therefore, we assume that she has ambition and the resilience to weather many of the media storms that engulfed her and Donald.

When asked about how she would behave in office, Melania stated she would attempt to lead in the same manner as other successful First Ladies, Jackie Kennedy and Betty Ford.

How rich is Melania Trump?

Melania Trump has amassed a fortune of $55 million, making her one of the richest women in the world.