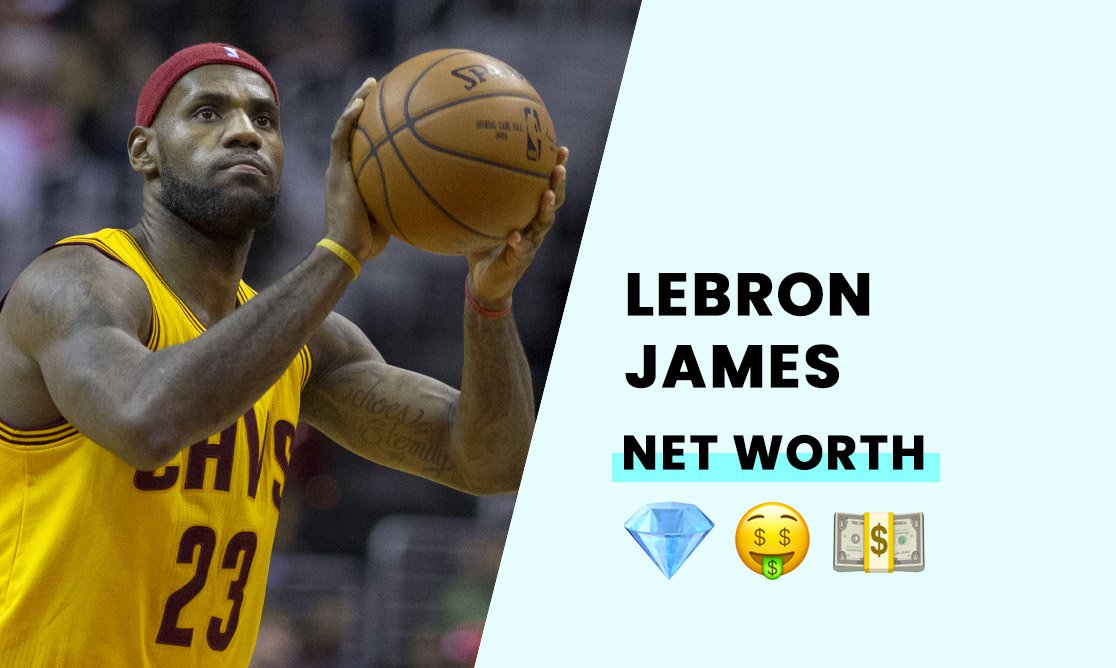 The estimated net worth of LeBron James is $500 million.

“King James” is one of the legends of the game of basketball and one of the top players in the NBA.

LeBron Raymone James Sr. was born on December 30, 1984, in Akron, Ohio, to his mother, Gloria Marie James. His mother was 16 at the time. His father, Anthony McClelland, is a career criminal and played no role in LeBron’s life.

During his childhood, LeBron and his mother moved from apartment block to apartment block in the dilapidated neighborhoods of Akron while she tried to find a stable job.

Gloria thought that her son would do better in a stable family environment, and she sent LeBron to live with the family of a local football coach, Frank Walker. Walker would be the first person to introduce James to basketball.

James started playing basketball in the fifth grade, and it wasn’t long before people noticed his talent. LeBron signed up to play for the Northeast Ohio Shooting Stars in the Amateur Athletic Union (AAU). The team saw success, dubbing themselves “The Fab Four.”

LeBron attended St. Vincent-St. Mary high school, averaging 21 points and six rebounds per game. In his first season, LeBron went on to take the team to a Division III title with an undefeated 27-0 record for the season.

James averaged 25.2 points, with 7.2 rebounds, 5.8 assists, and 3.8 steals per game as a sophomore. The team went on to retain the division title that year. LeBron was also featured in the popular basketball publication “Slam” in his junior year, naming him the best player in high school basketball. He was also the first underclassman high schooler to feature on the cover of Sports Illustrated Magazine.

His senior year saw James named the “Gatorade National Player of the Year” for the second year running, averaging 31.6 points, 9.6 rebounds, 4.6 assists, and 3.4 steals per game. He also received the coveted title of “Ohio Mr. Basketball.” LeBron went on to lead the team to another division title that year.

How did LeBron James build his net worth?

Lebron built his fortune playing for the Los Angeles Lakers. He is now worth half a billion dollars. James started with the Cleveland Cavaliers in his rookie season in 2003 as the first pick in the NBA draft. He also received the “Rookie of the Year Award” for his performance that season, averaging 20 points, five rebounds, and five assists per game.

2004 to 2008 saw LeBron rise to superstardom in the NBA. He received the MVP of the league four times, and he has almost every accolade in basketball that a player can receive.

LeBron James is an athlete, and he dedicates his success to his work ethic in training and his love of the game of basketball.

How rich is LeBron James?

With a net worth of $500 million, LeBron James is the richest player in the NBA. To earn as much money as LeBron James is worth on the US average salary of $52,000, you would need to work for over 16,000 years!

Is LeBron James a millionaire?

With a net worth of at least $500 million, LeBron James is definitely a millionaire.

Is LeBron James a billionaire?

LeBron James is worth at least $500 million and is on his way to being a billionaire.

Records show that LeBron James has not ever been bankrupt.

LeBron James hustled his way to a fortune and was not born rich.