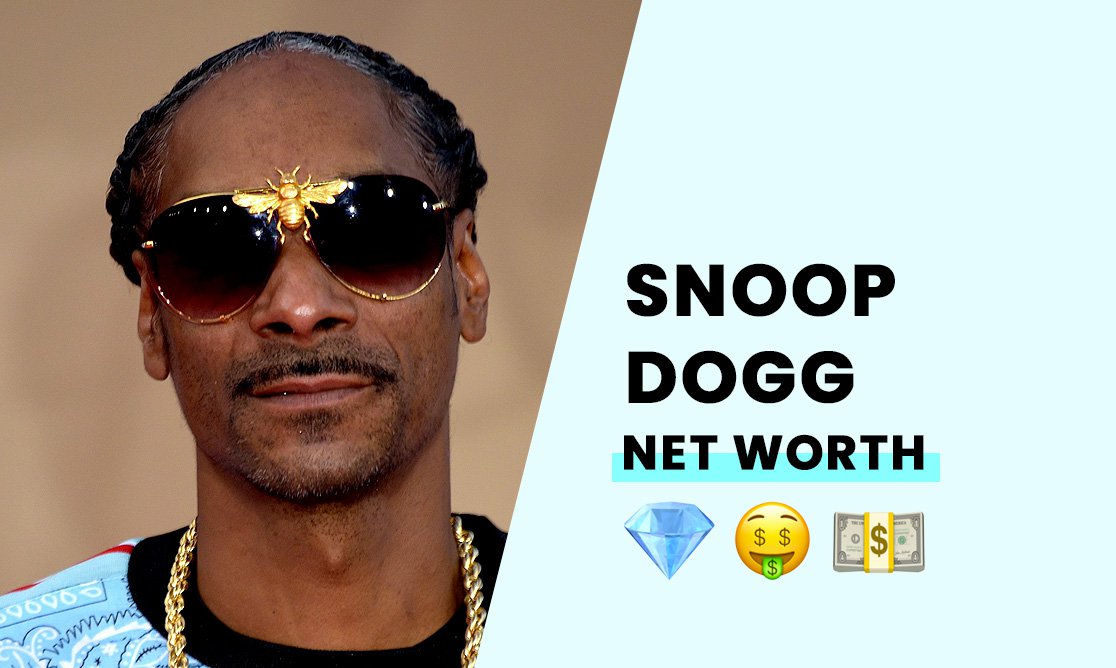 The estimated net worth of Snoop Dogg is $150 million, and he's one of the most renowned rappers in the hip hop game.

Calvin Cordozar Broadus Jr. was born in Long Beach, California, on October 20, 1971. As the middle child in the family, Snoop had two brothers, and he lived with his mother and stepfather in Long Beach. Snoop's father abandoned the family when Snoop was just three years old.

The rapper got his nickname from his older brother, who would call him "Snoopy" after the Peanuts character developed by Charles Schultz. His brother felt that Snoop had similar looks to the cartoon character.

Snoop Dogg started rapping in the 6th grade and joined the notorious "Crips" street gang as a teenager. Snoop went to jail for gang-related crimes, and after his brief incarceration, he started producing music with other rap legends Nate Dogg and Warren G.

Snoop was arrested and charged with the murder of another gang member in 1993, but he beat the case. The notoriety of his reputation spread, with his hit single "Murder was the case that they gave me," paving the way for his debut album's success.

Snoop Dogg attended Long Beach Polytechnic High School, graduating in 1989. Snoops' friends thought he had potential as a professional rapper, and he decided to chase a career in music instead of going to college.

How did Snoop Dogg build his net worth?

Snoop got his big break in 1992 when a friend of Dr. Dre handed the producer a mixtape featuring Snoop's work. Dre found the demo impressive, inviting Snoop to his studio to lace a few tracks in the studio.

Dre was Snoop's mentor, helping him refine his skill on the mic. Snoop would collaborate with Dre on his studio album "The Chronic," and his debut album launched in 1993.

Snoop made 18 studio albums, five collaboration albums, and 17 compilation albums over the next 25 years. He built a reputation as a legend of the game, earning the bulk of his wealth through record sales, merch, and shows.

Snoop is a renowned cannabis advocate, and he started the brand "Leafs by Snoop" in 2015. He invested in a medical cannabis company "Oxford Cannabinoid Technologies" in 2020, with the project launching in late 2021.

Snoop Dogg has a path from poverty to extreme wealth. He attributes his success to his belief in himself and his authentic approach to the rap game in the Golden Era of hip-hop. He believes in self-promotion to garner attention for his business. The 1993 court case exemplifies how the rapper used his negative publicity to cement his reputation in the industry.

How rich is Snoop Dogg?

With an estimated net worth of $150 million, Snoop Dogg is a legend of the rap game and one of the biggest superstars in the industry.