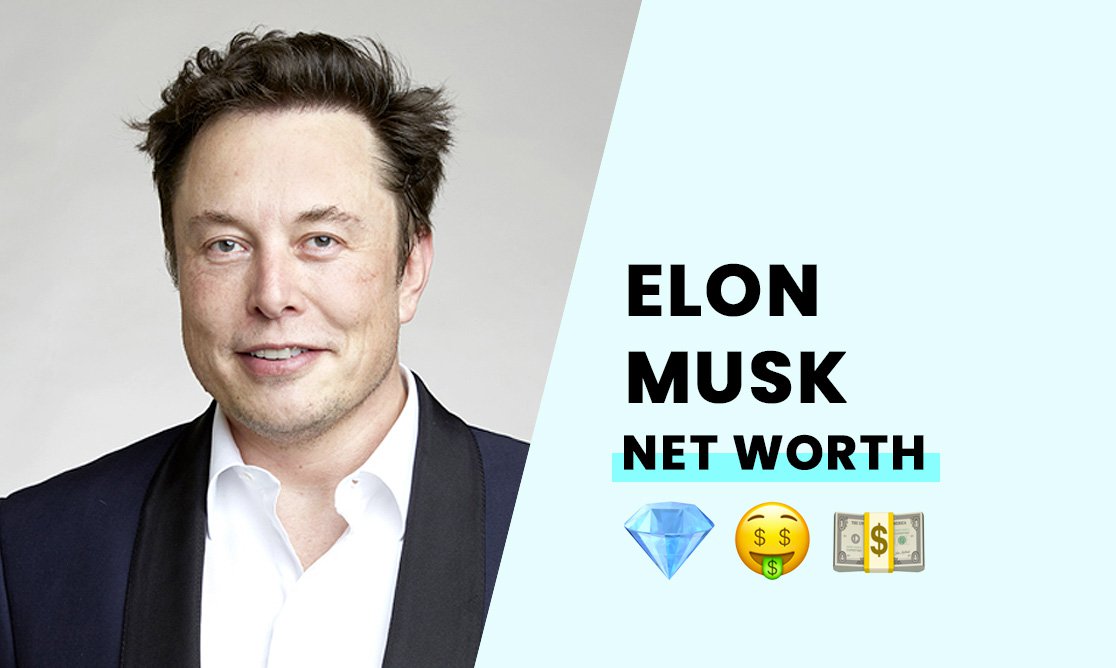 The estimated net worth of Elon Musk is $330 billion.

Elon also has a keen interest in space, leading SpaceX — and humanity — on the mission to make space travel to Mars a reality.

Elon's net worth is tethered to the price of Tesla stock. Movements in the market can see his wealth decline or surge, depending on the price action in the stock.

In late November 2021, Musk netted an impressive $30 billion increase in his wealth in a matter of days as Tesla stock surged to new highs.

Elon also has a brother, Kimbal Musk, and a sister, Tosca Musk.

His parents divorced in 1980, and Musk decided to live with his father.

However, Musk calls his actions a "terrible mistake" and claims that his father is "a terrible human being."

He eventually emigrated from South Africa to Canada and then to the USA.

Musk attended The University of Pretoria for five months to avoid conscription into the South African Armed Forces.

He wanted to migrate to the United States and felt that getting into the country would be easier through Canada than from South Africa directly.

As a result, he applied for Canadian citizenship through his mother's ancestry.

In 1989 he moved the Saskatchewan, Canada, to stay with his cousins.

Elon attended Queen's University in Kingston, Ontario, in 1990, where he went on to transfer to the University of Pennsylvania, graduating in 1997 with a bachelor's degree in economics and physics.

How did Elon Musk build his net worth?

Musk started building his fortune after he cofounded Zip2 with his brother Kimbal and the global payment processing service X.com in 1999.

After growing to more than 200,000 customers, Musk merged the company with another company called Confinity.

The merged entity was called PayPal and launched in late 2001.

With his share of PayPal's sale to eBay, Musk funded a startup EV venture, Tesla.

He led the Series A funding round in February 2004 with $6.5 million, making him the largest shareholder in the company.

Elon also founded the space exploration company SpaceX in 2001 after his involvement with the nonprofit "Mars Society."

Musk apparently invested $100 million of his fortune into the company, using the funds to do something that had never been achieved before: launch and land an orbit-class rocket.

Its first space flight of the "Falcon 1" was in 2008. SpaceX now provides launch services to NASA as well as other government agencies and private companies.

SpaceX is currently building the most powerful rocket ever made, Starship. He remains the CEO and chairman of the company today.

Much of his fortune remains tied up in stock. In November 2021, Elon sold a huge stake in Tesla to cover his tax liability, cashing out $6.9 billion in stock.

How much does Elon Musk make a day?

Musk's wealth is heavily tied to the performance of Tesla stocks on Wall Street.

So when Tesla begins to go up, like it did during the Bull market of 2020, his net worth surged by almost $158 billion in a single 12-month period, which is $432 million per day.

Elon Musk is a private individual, and there's not much available on his lifestyle and habits.

Some reports suggest that he rises at 7 am and gets to bed by 11 pm each night.

He's also a dedicated family man and loves spending time with his kids.

He is notoriously protective of his time, reportedly splitting his days into 5-minute blocks.

He will often walk out of a meeting if he feels it is wasting his time.

The schedule and pace — particularly at SpaceX — is unrelenting, so much so that Musk can often be found sleeping overnight in a conference room at the factory.

Musk admits he's not working so hard for the money.

Rather it's his purpose to tackle important problems that motivates him.

How rich is Elon Musk?

With a net worth of more than $330 billion, Elon Musk is incredibly rich. If the Tesla share price continues to rise, his net worth could grow to an unimaginable size. Ironically, Musk — one of the richest people in the worth — reportedly rents and lives in a small property worth $50,000 near the SpaceX site in Boca Chica, Texas.

Is Elon Musk a millionaire?

Elon Musk is one of the richest people ever to live and is definitely a millionaire based on his astronomical net worth.

Is Elon Musk a billionaire?

Elon Musk has amassed tremendous wealth and is a billionaire many times over.

Elon Musk is most certainly not bankrupt.

Elon Musk did not inherit his money. He was not born rich, certainly not by American standards.