How does SpaceX make money? 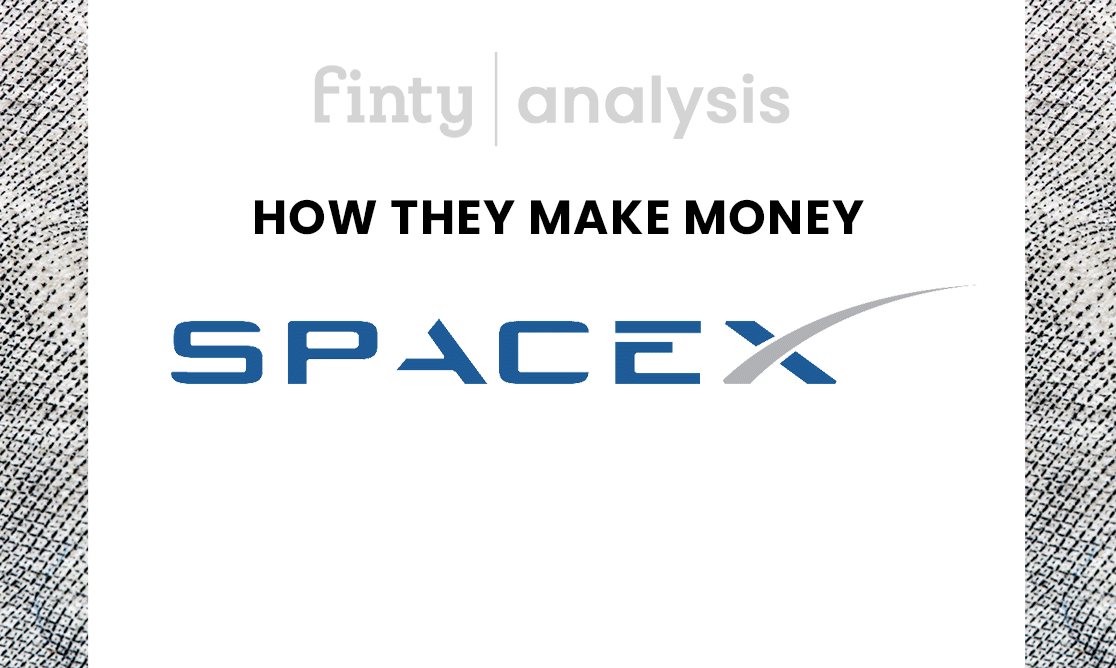 SpaceX is dedicated to space exploration, producing rockets and satellites for communications and exploration purposes. Elon Musk founded SpaceX in order to fulfill his ultimate vision of making humanity multiplanetary. Musk, also the founder of Tesla Motors, splits his time between his duties at Tesla and SpaceX.

SpaceX makes money by building innovative space exploration and communications technologies. The company is focused on lowering the cost of space transport by redesigning technology and reusing rockets.

What does SpaceX do?

The Space Exploration Technologies Corp., otherwise known as SpaceX, is an innovative leader in space transportation and aerospace services. The company's founder, Elon Musk, launched SpaceX in 2002 on a mission to reduce the prohibitive costs of space exploration in order to eventually travel to Mars.

SpaceX has since cultivated a relationship with NASA, collaborating with the agency on several projects including transport of people and goods to the International Space Station and more recently, a $2.9 billion contract for the construction of a lunar lander to take man back to the moon, though the contract is currently suspended after protests by competitors.

How does SpaceX work?

The primary driving force behind the SpaceX business model is the company's focus on providing space transport to governmental and private organizations. They also specialize in rocket design and the development and launch of a satellite network.

The SpaceX team created its first rocket, the Falcon 1, with the assistance of Tom Mueller, a legendary rocket designer. Elon Musk funded the first project using $100 million of his personal wealth. In 2008, the Falcon 1 completed its first successful flight, followed by the Falcon 9, Falcon Heavy, the revolutionary Starship, and the Dragon, which can carry up to 7 passengers to and from Earth orbit. The Dragon is the first private commercial vehicle to take US astronauts to the International Space Station and, according to SpaceX, is the only spacecraft currently flying that is capable of returning significant amounts of cargo to Earth.

The inventory SpaceX constructs is expensive, with the Falcon Heavy spacecraft costing around $90 million to build, while the Falcon 9 cost $62 million. SpaceX has previously suggested that they can eventually take the cost of commercial customer launches down to $30 million due to the reusability of some of their rockets. SpaceX has been able to reuse two major pieces of its rockets: first stage boosters and the rocket’s fairing or nosecone. The boosters, which SpaceX has often landed, comprise 60% of the total cost of the rocket, or about $37 million. SpaceX has also been able to recover the fairings which cost about $6 million.

SpaceX maks money by dispatching rocket missions to space and orchestrating satellite programs for its clients.

In 2020, SpaceX successfully transported two NASA astronauts to the International Space Station using its reusable Falcon 9 rocket - the first commercial manned launch. According to Forbes, in 2020, SpaceX signed 15 commercial missions for an estimated $80 million per launch, for total estimated revenues of $1.2 billion in 2020.

In the hope of commencing regular space travel, SpaceX plans to launch its first all-civilian space flight in the last quarter of 2021 with four passengers. Although the price of a ticket was undisclosed, it’s believed to be in the millions.

SpaceX has also been selling beta access to its Starlink project, which is priced at $99 per month along with the one-time purchase of a dish and router for $499. They eventually hope to expand to offer internet service to airlines and have initiated talks. Unfortunately, Musk has said the Starlink service will not connect to Tesla's as the terminal is too large.

SpaceX revolutionized the industry of space travel, transportation, and aerospace manufacturing. The company has a primary aim of commercializing space travel, reducing the cost required to enable the colonization of Mars and the moon. In order to do that, the company needs to generate cash.

SpaceX’s Starlink project aims to build an interconnected network of 4,400 satellites, called a constellation, in order to deliver high-speed internet access to consumers worldwide. SpaceX previously estimated Starlink will cost about $10 billion or more to build but believes that the network will bring in enough in revenues to be profitable. The plan is to eventually IPO Starlink once its cash flow has stabilized.

SpaceX continues to focus on its Starship project which they hope will eventually take cargo and passengers on commercial flights to the moon and Mars. The company aims to be the first business capable of a sustainable commercial space flight model, and they get closer to that goal each year.

SpaceX has a goal of being the first company to institute commercial space travel. Elon Musk also stated repeatedly in media that he wants to colonize Mars. As a result, SpaceX faces competition from the likes of other billionaires that intend to fund space travel commercially.

Jeff Bezos’ Blue Origin and Richard Branson's Virgin Galactic are the two main competitors trying to dominate the commercial space flight industry. However, SpaceX has the backing of the US government, while the other companies do not yet have any agreements in place with NASA or other government-run aerospace programs.