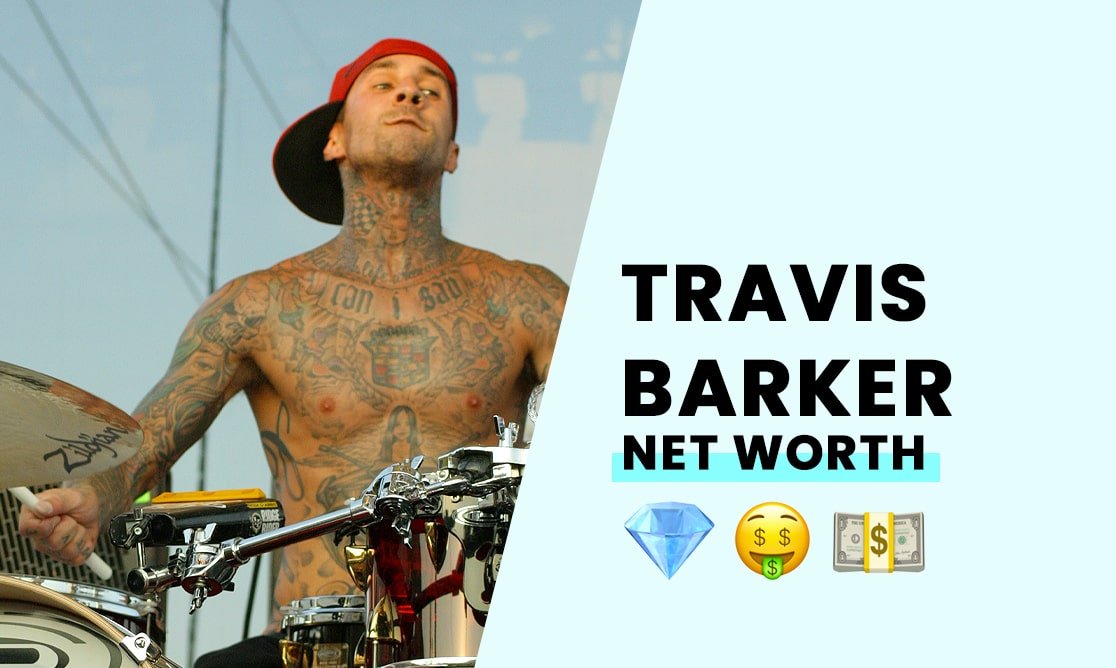 The estimated net worth of Travis Barker is $50 million.

Travis Barker, also known as Travis Landon Barker, was born in Fontana, California, on November 14, 1975. He is the drummer for the American rock band, Blink-182.

Travis attended Fontana High School in Los Angeles and then attended college, but there is conflicting information about what college he may have attended.

Travis Barker lives in his private paradise in La Quinta, California. He is in a highly publicized relationship with Kourtney Kardashian.

In 2008 he survived a deadly plane crash with his friend DJ AM but sustained terrible burns over much of his body.

My mom died when I was 16. I had a rough childhood, you know what I mean, but it made me strong. ~Travis Barker

How has Travis Barker built his net worth?

Travis Barker earned his worth primarily from the sales of music and concert tickets for Blink-182.

However, this isn't the only way he generated wealth. Barker also makes money from his record label, LaSalle Records, and his own clothing label, Famous Stars and Straps.

How has Travis Barker spent his wealth?

Barker has used a large proportion of his wealth to invest in luxury homes in the LA area, including 2 mansions in Calabasas, a home in Bel-Air, and a home in Lake Elsinore.

He also owns a collection of Cadillac cars.

Get our free guide to making money online and offline including 90+ passive and active income stream ideas.

How rich is Travis Barker?

Our best estimation of Travis Barker's wealth is that he has about $50 million.

Is Travis Barker a millionaire?

Is Travis Barker a billionaire?

No, Travis is not a billionaire.

Travis Barker is not broke. He has not filed for bankruptcy.

Travis Barker's wealth is a result of his hard work. He was not born rich.