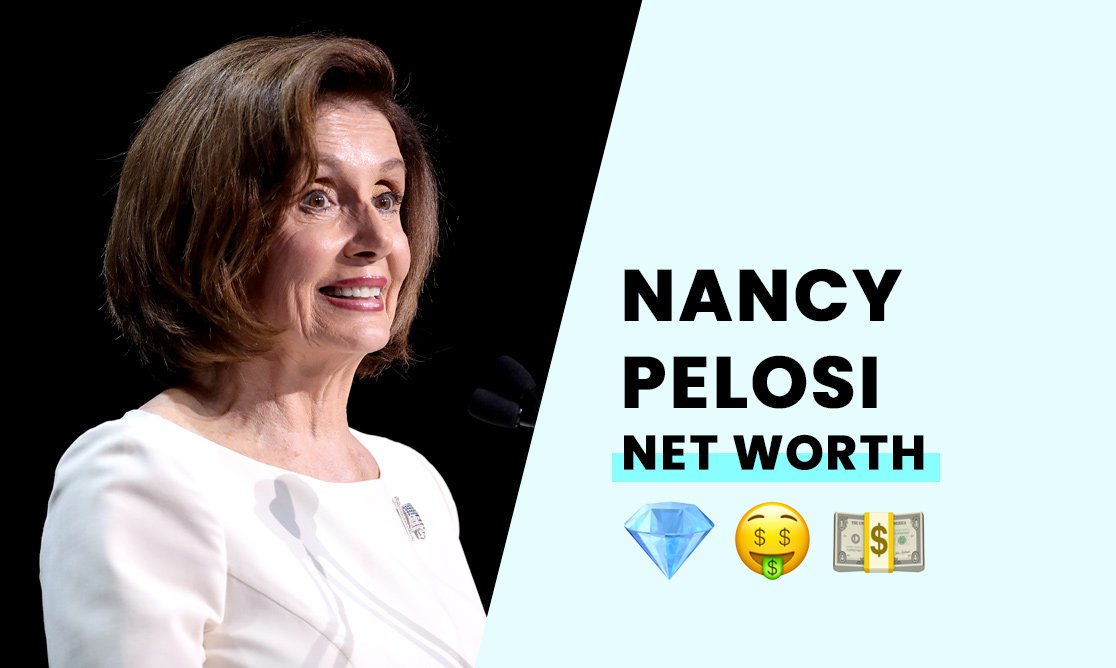 The estimated net worth of Nancy Pelosi is $120 million.

In a recent financial disclosure, Pelosi states she and her husband, Paul, have an estimated net worth of between $43 million and $202 million, depending on the valuation of her stock and real estate assets.

Born in Baltimore, Maryland, on March 26, 1940, Nancy Patricia Pelosi is the youngest of seven children and the only girl amongst her siblings.

Pelosi grew up in a politically-charged family, with her father being a Democratic Congressman from Maryland, later moving on to become the Mayor of Baltimore.

Nancy's brother, Thomas D'Alesandro III, decided to follow in his father's footsteps, serving as the Mayor of Baltimore from 1967 to 1971.

Her mother also played a role in the Democratic Party, and Nancy was interested in following her parents into politics from an early age. As a child, she would help her father with his political campaigns.

Nancy graduated from the Institute of Notre Dame in 1958, an all-girls high Catholic high school. She attended Trinity College, graduating in 1962 with a BA in political science.

How did Nancy Pelosi build her net worth?

Nancy Pelosi started her political career by interning for Senator Daniel Brewster (D-Maryland) during the 1960s. She moved to San Francisco and developed a professional relationship with then 5th District congressman Phillip Burton.

Nancy won an election for Californian Democratic National Committee membership in 1972, retaining the post until 1996. Pelosi also served in other roles within the Democratic Party during the 70s and 80s, and one of her notable positions was as the finance chair of the Democratic Senatorial Campaign Committee.

While Nancy and her husband are wealthy and respected in the political community, there is a cloud of suspicion around how she obtained her wealth. Experts believe Nancy earned the bulk of her wealth through insider trading on information she received from her friends in high positions of power in politics and finance.

The Twitter account "@NancyTracker" followed many of her suspicious trades, which could only occur through insider trading knowledge. Unfortunately, the account was suspended in early December 2021, covering any tracks of Nancy's trading activity.

There is no proof of Nancy's supposed illegal gains, and no one seems to be investigating the issue. Chuck Schumer, her fellow Democrat, has also found success with investing.

Nancy Pelosi is a staunch supporter of women's equality in the US government and believes that women deserve a bigger role in politics. She lives with her husband in Washington, D.C, and spends her free time with her husband.

How rich is Nancy Pelosi?

With a reported net worth of $120 million, Nancy's wealth fluctuates with the pricing of her stock and real estate assets. She also earns a $220,000 annual salary as the U.S. House of Representatives speaker.