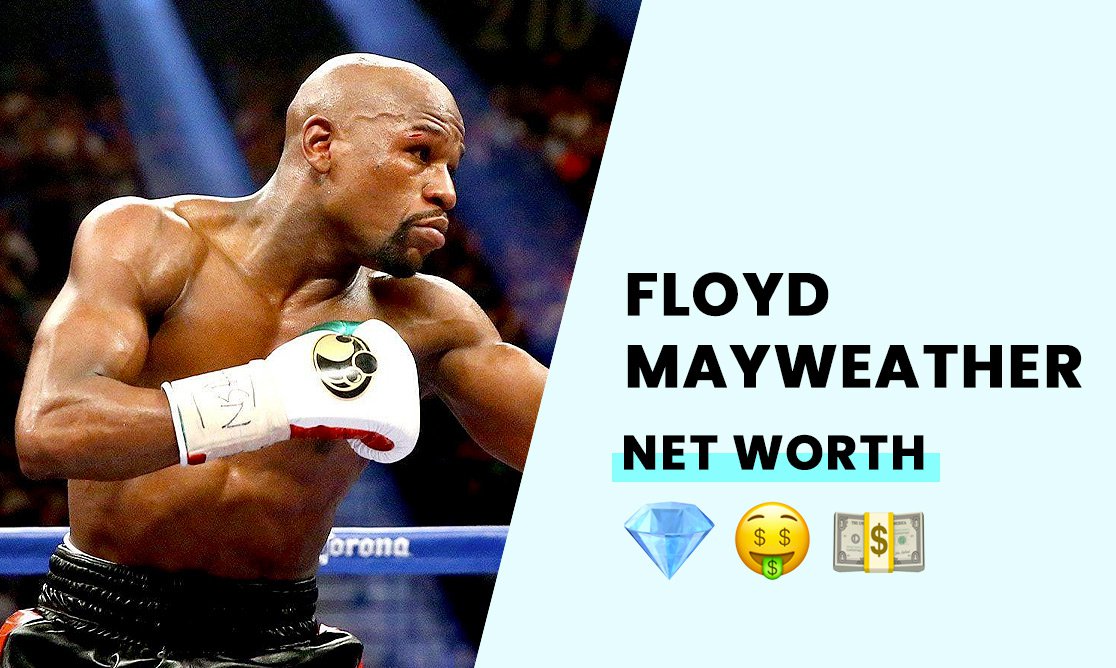 The estimated net worth of Floyd Mayweather is $450 million.

The super-athlete earned more than $1.1 billion during his boxing career, making him the most successful boxer of all time. He retired with a 50-0 record against the toughest competitors in world boxing.

Floyd retired from professional competition in 2017, but came out of retirement to fight Conor McGregor and Logan Paul.

Floyd Mayweather was born in Grand Rapids, Michigan, on February 24, 1977, to Floyd Mayweather Sr. and Deborah Sinclair. He was raised in poverty with his four siblings.

Mayweather recalls how he spent his youth living in a one-bedroom apartment in New Jersey with the rest of the seven members of his family.

He said the family was so poor that they would experience frequent electricity outages because his father couldn't pay the electricity bill.

Floyd's family moved to Michigan, where he attended Ottawa Hills High School. However, the boxer dropped out to chase a career as a professional boxer, a wise decision as it turned out.

His decision to drop out of school wouldn't have come as much of a surprise, given his father was a welterweight contender in his prime and his uncles were also professional boxers.

How did Floyd Mayweather build his net worth?

Floyd Mayweather built his fortune through the sport of boxing. The man is one of only a few top-ranked boxers in history that finished their career with an undefeated record.

As his success in boxing grew, so did his team and his brand image, founding "The Money Team" (TMT) in 2007 as a 12-time world champion. He earned the nickname Floyd "Money" Mayweather after throwing money at a camera and is well known for his catchphrase "Money May, all day."

The fighter had an illustrious career, netting him millions of dollars in prize money. His fight with MMA superstar Conor McGregor was his biggest ever payday. Floyd won the fight and walked away with $280 million, which was equal to around 25% of his total career earnings.

Mayweather also made a small fortune from his exhibition fight with Logan Paul in 2021. The fighter didn't manage to KO Paul as expected, but he ended up netting $100 million in prize money.

Floyd dedicates his success to the hard work ethic instilled in him by his father and uncles when he was a young boxer, an ethos made clear in his approach to training and preparation.

How rich is Floyd Mayweather?

With a net worth of over $450 million, Floyd Mayweather is the richest and most successful boxer in the sport's history. On the average US salary of $52,000, it would take 8,654 years to earn as much as Floyd Mayweather's net worth.

Is Floyd Mayweather a millionaire?

Floyd Mayweather is multi-millionaire hundreds of times over.

Is Floyd Mayweather a billionaire?

Our research shows that Floyd Mayweather is not bankrupt.

Floyd Mayweather was not born into a wealthy family.