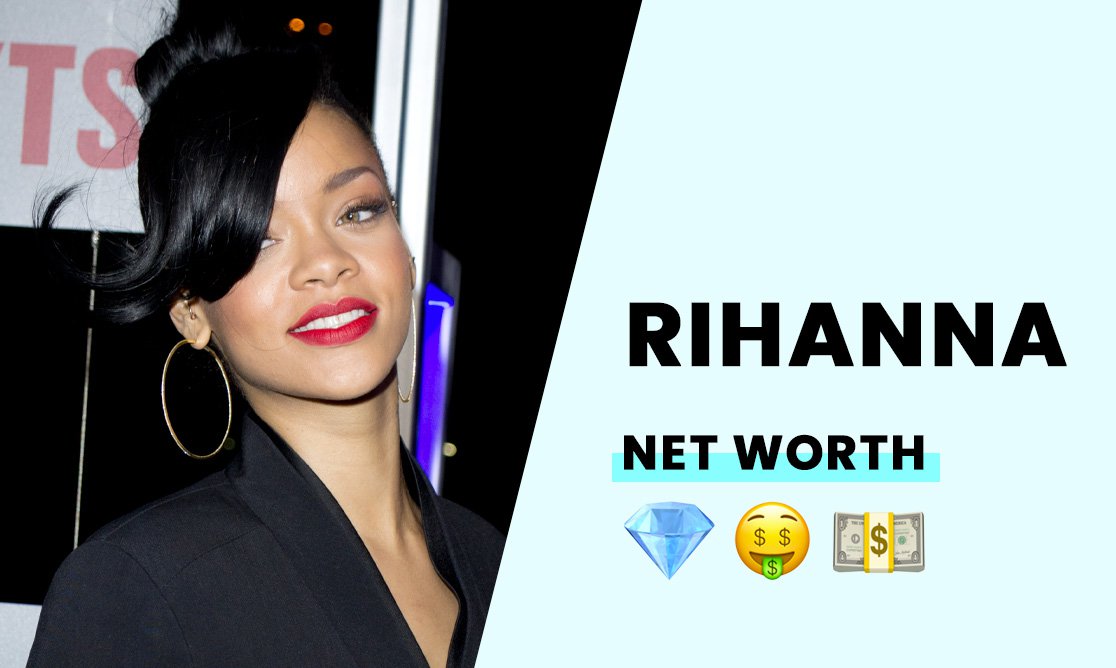 The estimated net worth of Rihanna is $1.7 billion.

Rihanna built her wealth through music and the entertainment industry.

However, she saw her net worth jump considerably after founding her cosmetics brand, "Fenty Beauty." She is the second richest woman in entertainment, losing out on the top spot to Oprah Winfrey.

Robyn Rihanna Fenty was born on February 20, 1988, in St. Michael Parish in Barbados. Rihanna was the oldest of her two siblings, born to Monica Fenty and Ronald Fenty. Her mother was an accountant, and her father a warehouse supervisor.

Rihanna grew up in a middle-class home in Barbados. Her childhood experienced ups and downs due to her father's battle with alcohol and crack cocaine addiction. Eventually, her parents divorced when she was 14, and Rihanna decided to stay with her mother.

Rihanna attended Combermere School in Barbados. The school offers a world-class music program with several awards in the arts, and the school was the ideal venue for Rihanna to explore her creativity. However, Rihanna dropped out when she was 15 to pursue a career as a musician.

During her stay at the school, she didn't make it to the honor roll, but she won several talent shows and was the shining star of the local campus beauty contest.

How did Rihanna build her net worth?

Rihanna has a successful career as a musician, actress, and entertainer. While she built her early fortune through her skills, her business savvy made her a billionaire.

Her brand embraces inclusivity, and she went on to found "Fenty Skin" in 2020, and it looks like it's going to be her most=-profitable venture yet, with a valuation of $2.8 billion.

Rihanna believes she gets her tenacious attitude to life, entertainment, and business from her perspective of living in the moment. She likes collaborating with others, drawing off their creative strength. After her initial album release saw success, many people called her a one-hit-wonder.

Rihanna says this dig at her success was all she needed to fuel the fire to get her to work harder. She believes in challenging herself and uses the mantra, "I have to do better, I have to do better," to keep her motivated to succeed in everything she does.

How rich is Rihanna?

With a net worth of $1.7 billion and growing, Rihanna is the second richest entertainer in the world, behind Oprah Winfrey. However, with her cosmetics and skincare brands growing rapidly, we expect it won't be long before she usurps Oprah for the top spot.