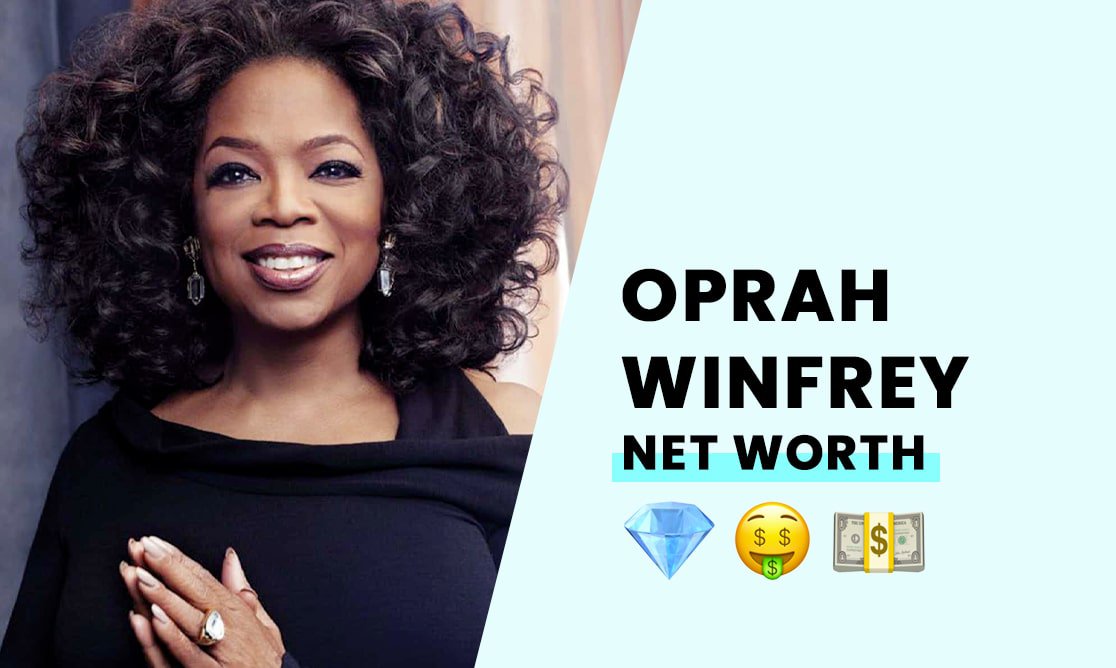 The estimated net worth of Oprah Winfrey is $3.5 billion.

Oprah is one of the richest female entertainers in the world, and an American media mogul, TV host, and accomplished author.

Oprah earns around $315-million per year from her HARPO (Oprah spelled backward) media empire. Oprah earned her first million in 1989, and she reached billionaire status in 2000. Oprah is the richest self-made woman in the United States.

Oprah Winfrey rose from poverty, abuse, and prejudice to become one of the most influential people on the planet.

Born on January 29, 1954, in Kosciusko, Mississippi, Orpah Gail Winfrey rose from poverty to become one of the richest women in the world. Her first name is not a spelling mistake; it's a reference to the biblical figure found in the book of Ruth.

People would mispronounce her name as Oprah as a youngster, and it stuck. Her mother, Vernita Lee, was an unmarried housemaid, giving birth to Oprah as a teen. Her father, Vernon Winfrey, served time in the Armed Forces during Oprah's birth.

Due to her predicament, Vernita moved in with Oprah's grandmother. The family lived in deep poverty, and Oprah recalls wearing a potato sack as clothing so she could go to school. Oprah attended Lincoln High School in Milwaukee.

Her success as a student earned her a transfer to Nicolet High School under a special program for underprivileged youth. However, Oprah would get into trouble, returning to Nashville to attend East Nashville High School.

At 17, Oprah won the "Miss Black Beauty Tennessee Pageant," leading to a part-time news anchor job with the local African American radio station, WVOL. Oprah would earn a scholarship to Tennessee State University, studying for a degree in communications. Oprah left school to pursue a career in media at age 19.

How did Oprah Winfrey build her net worth?

Oprah built her fortune through her TV show, the "Oprah Winfrey Show." The talk show was one of the biggest shows of the 90s and 2000s, making Oprah a household name in talk show entertainment. Oprah would work with Jefferey Jacobs to found HARPO Productions, with the pair negotiating ownership in King World Productions.

CBS bought HARPOs stake in King World for $2.5 billion in stock, making Oprah a 1% holder in CBD stock. She also landed a deal with Disney in the mid-90s, thanks to a deal with ABC. Oprah would become America's first African American female billionaire in 2000, earning around $300-million per year from her media empire.

Oprah says she owes her success to her education and to meeting the right people at the right time during her career. She also receives a lot of support from her life partner, Steadman. While the couple has been together for 35-years, they never married.

How rich is Oprah Winfrey?

With a reported wealth of $3.5 billion, Oprah Winfrey is the first African American woman to reach billionaire status, and she gets her wealth and income from her massive media empire.