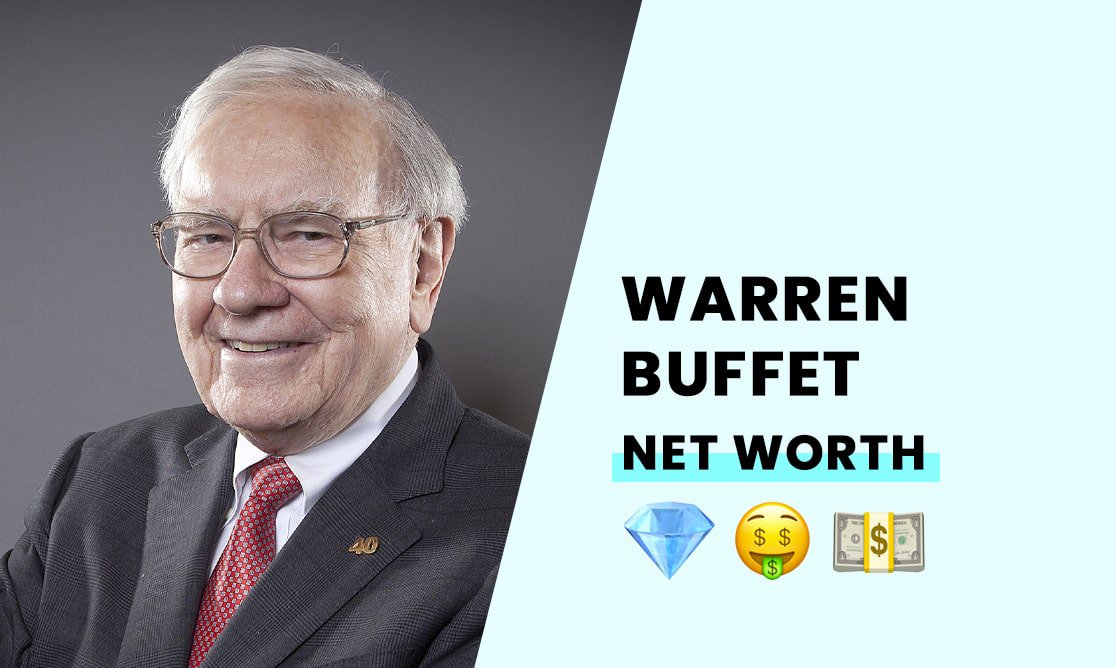 The estimated net worth of Warren Buffett is $100 billion.

"The Oracle of Omaha" holds the unofficial title of the "Best Value Investor of All Time."

Speak to beginner investors, and they'll all tell you that studying Buffet's career is essential reading. His track record in the investing world is impeccable. If you invested $1,000 with Buffet in 1966, you would have well over $16 million today. The same market-related investment in an index fund would only yield a return of $13,000.

Born on August 30, 1930, in Omaha, Nebraska, Warren Edward Buffett is the son of Howard and Leila Buffet. His father was a congressman, raising Warren in Nebraska, where his son developed an interest in money and investment as a boy.

At seven years old, Buffet read the book "One Thousand Ways to Make $1,000," which he borrowed from the public library. He had big plans for his future in finance, arranging a lunch with a stockbroker when he was ten to discuss his goals. Warren says he knew after that lunch what he wanted from finance and what he had to do to achieve it.

At 11 years old, Buffet purchased his first stock, investing in Oklahoma farmland. He got the money to fund his investment from his paper route.

Warren Buffet started his education at Rose Hill Elementary School, graduating from Alice Deal Junior High School and Woodrow Wilson High School in 1947. By the time he reached his sophomore year in high school, he had already had a successful pinball machine business. At the time, he recalls his net worth at around $4,000.

Buffett enrolled at Wharton School of the University of Pennsylvania in 1947. He joined the Alpha Sigma Phi fraternity while studying on campus for two years. He finished his education closer to home at the University of Nebraska, graduating with a Bachelor of Science in Business Administration.

Buffett was denied admission to Harvard business school, enrolling at Columbia Business School instead. In 1951, he received his Master's in Science in Economics from Columbia.

How did Warren Buffett build his net worth?

Buffett started his career in investing by taking over Berkshire Hathaway. He used the company to facilitate his expansion into other businesses and investments, exponentially building his empire of assets.

After investing in, and eventually taking over, textile manufacturer BerkshireBuffett's Hathaway, Buffett began an aggressive series of investments, takeovers, and restructuring moves that saw his assets increase exponentially.

He also developed a talent for identifying undervalued companies in the market, earning the name "The Oracle of Omaha." By the early 80s, Buffet was already worth $620 million. By 1990, Buffet was a billionaire.

Only when the tide goes out do you discover who's been swimming naked. ~Warren Buffet

Buffet famously credits his success to thinking like a kid. He also eats like a kid. Warren loves junk food and has a reputation for eating ice cream for breakfast as part of his well-documented daily routine.

How rich is Warren Buffett?

With an estimated fortune of $100 billion, Warren Buffet is the world's most successful value investor, accomplished author, and a well-studied titan of the investment industry.

Warren Buffet was not born into a rich family. He built his net worth after a lifetime of calculated risks and investing wisely.