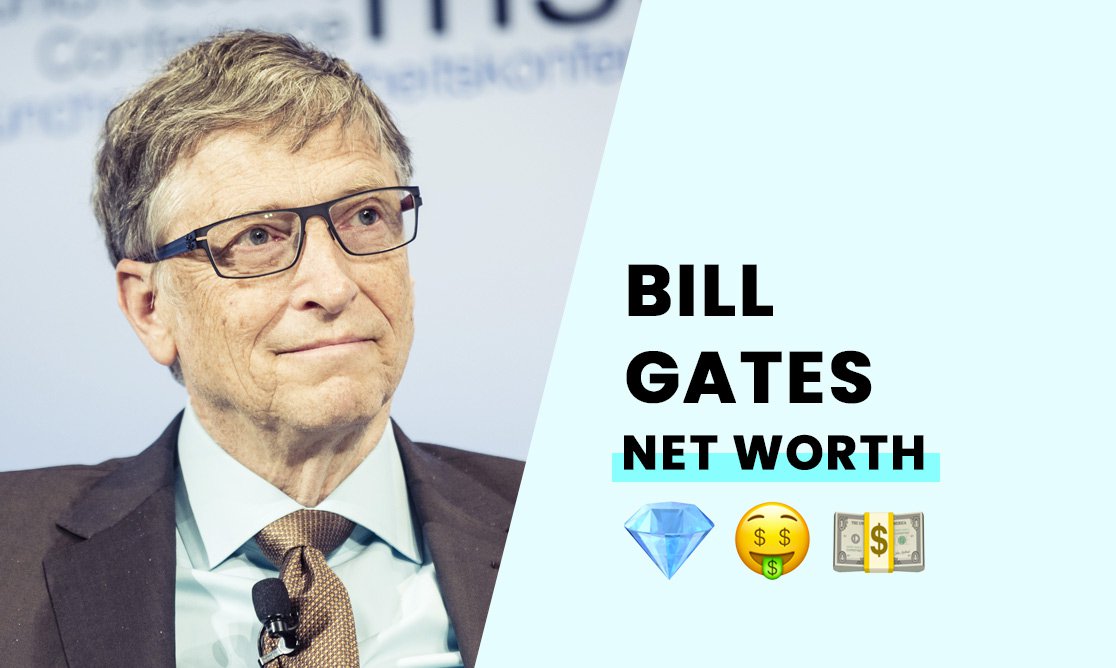 The estimated net worth of Bill Gates is somewhere around $114 billion.

The Microsoft founder holds a large percentage of his wealth in Microsoft stock, which means his wealth fluctuates with the price of Microsoft on the stock market.

At one point, Gates was the richest man in the world, competing with Carlos Slim for the top spot.

Gates has since fallen down the rich list and is ranked lower than Elon Musk and Jeff Bezos for the title of the world's richest.

Bill Gates was born in Seattle, Washington, on October 28, 1955, to Bill Gates Snr. and Mary Maxwell Gates. He grew up in an upper-class home in Seattle and was interested in computer programming from a young age.

Gates was a dedicated student at Lakeside High School, scoring high on the SAT before attending Harvard University in 1972.

During his college career, Gates entered a pre-law degree but dropped out in 1975 before finishing to found Microsoft with co-founder Paul Allen.

Bill married Melinda in 1994. The couple has three children: Phoebe, Jennifer, and Rory. In 2021, Bill and Melinda divorced.

How did Bill Gates build his net worth?

After leaving Harvard to work on a project with Paul Allen, Bill and Paul officially formed "Microsoft Corporation Inc" in 1983. However, due to the complex interface of the Windows System at the time, it would take another five years before the market adopted Windows as the preferred operating system of choice.

With Microsoft Windows spreading around the world, Gates started to see his wealth grow. By the 2000s, Bill was already a multi-billionaire on paper, with his fortune tied to the rapidly rising Microsoft stock.

With his vast fortune, Gates founded the "Bill & Melinda Gates Foundation" in 2000. The couple seeded the foundation with $40 billion in funding to tackle their philanthropic ventures.

How has Bill Gates spent his net worth?

What's even more impressive is his commitment to the "Giving Pledge," along with fellow billionaire Warren Buffett. Billionaires who sign on intend to donate half their wealth to worthy causes before their death.

Today, Bill Gates focuses on philanthropic efforts. He is the largest owner of farmland in the United States.

Gates stepped down from his position at the head of Microsoft in 2014 but still leads a busy life focusing on various philanthropic interests. However, some experts state that that is nothing more than tax avoidance.

It's important to note that Bill Gates is the single-biggest taxpayer in North America, spending over $6 billion in taxes.

How rich is Bill Gates?

With a fortune in excess of $114 billion, Bill Gates is one of the richest men in the world. He's a tech entrepreneur, philanthropist, and forward thinker who changed how the world works.

Yes. Bill is richer than Melinda, who became a billionaire in her own right after their divorce in 2021.

How much does Bill Gates have in cash?

According to Bloomberg, Bill Gates holds more than $50 billion in cash at hand.